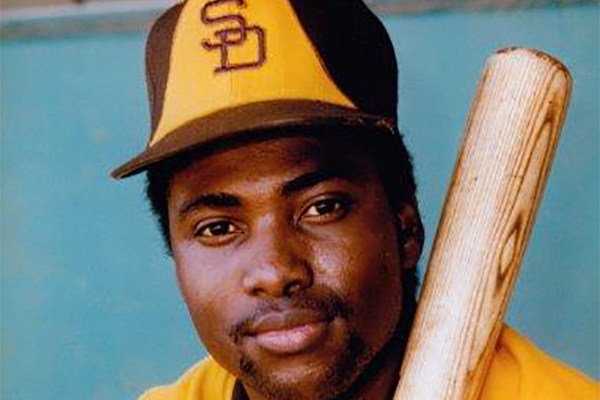 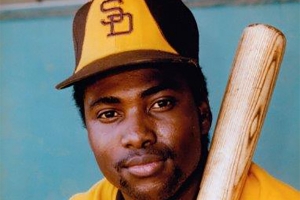 As the sun rose over San Diego on July 19, 1982, San Diego Padres fans were excited that the Tony Gwynn era was about to begin. The sports stations were announcing all day that the Padres had brought up Gwynn, their third-round pick from 14 months earlier, from Triple-A Hawaii.

The day before, Hawaii manager Doug Rader had called Gwynn into his office after Gwynn made the last out of the game at home plate on a baserunning mistake. Gwynn figured he was in for a chewing-out. “He went through the whole thing, ripped my butt, then said, ‘Anyway, you are going to join the Padres tomorrow.’”1

In May, Padres manager Dick Williams had asked general manager Jack McKeon to promote Gwynn to the Padres. But Gwynn was off to a slow start, hitting .239, while Alan Wiggins was hitting .319, so the Padres promoted Wiggins instead.

At the All-Star break, on July 11, the Padres were only two games behind the first-place Atlanta Braves in the National League West Division. It was their best showing at the break in their history. After the break the Padres hosted the Montreal Expos for four games. The Padres lost all four games and fell to five games out of first. The front office looked for more help.

Since early May, Gwynn had got hot and was hitting .328, so McKeon brought him up, hoping to help end the Padres’ losing streak.

On the flight to San Diego, Gwynn thought about his chance to play in front of his buddies from San Diego State (he had to hand out 24 tickets), and his whole family was coming down from Long Beach, California. He had been told he would be facing star Phillies pitcher Steve Carlton.

The Padres had given him wrong information. He would be facing right-hander Mike Krukow, who was 9-6 with a 2.56 ERA, fourth in the National League. Krukow wasn’t Steve Carlton but he was still a very competitive pitcher for Gwynn’s first game.

Gwynn got to the ballpark 5½ hours early. He wasn’t really nervous, just eager to get his major-league career started. After getting him situated at his new locker, clubhouse man (and former coach) Whitey Wietelmann handed Gwynn his first uniform, number 19. Whitey said, “I wore this number playing for the PCL Padres so don’t disgrace it!”2

The Padres started left-hander John Curtis, who was 6-5, against the Eastern Division’s first-place Philadelphia Phillies. The Phillies had future Hall of Famers Pete Rose and Mike Schmidt in the lineup besides pitcher Steve Carlton in the dugout. Also on the field was future Hall of Fame umpire Doug Harvey at first base.

The Phillies went down one-two-three in the first as leadoff hitter Bob Dernier lined out to second baseman Tim Flannery, Pete Rose grounded back to Curtis, and Gary Matthews popped out to Flannery.

The first three Padres batters singled for a 1-0 lead. Sixto Lezcano bunted and Krukow nailed him for the first out of the inning, Flannery, taking third with one out. The scene was set for Tony Gwynn’s first major-league at-bat. It was 7:21 P.M. when Gwynn got in the batter’s box for the first time.

“I wasn’t nervous on the on-deck circle,” said the rookie. “As I walked to the plate, obviously you could hear the crowd cheering for you but when you’re playing you just try to focus in on what you’re trying to do.”3

That first inning at-bat produced Gwynn’s first major-league RBI when he lifted a fly ball to center field and Flannery scored. The Tony Gwynn era had begun. Now he needed his first hit.

In the top of the second inning, Mike Schmidt and Bo Diaz hit back-to-back home runs to tie the game at 2-2.

After singles by Broderick Perkins and Luis Salazar in the second, John Curtis struck out but Gene Richards singled to center field for his second hit of the game and the bases were loaded. That was it for starter Krukow. In came reliever Sid Monge, and he walked Flannery to force in a run, making it 3-2, San Diego. Monge got the next two batters out.

Curtis never got an out in the third. Monge walked and Bob Dernier and Pete Rose singled (number 3,799 for Pete), loading the bases for Gary Matthews. He singled in Monge to tie the game, 3-3. Dick Williams brought in right-hander Floyd Chiffer, who got Schmidt on a short fly ball but gave up a single to Bo Diaz, knocking in a run. The Phillies now led, 5-3. Chiffer then got Bill Robinson on a grounder, but Matthews scored and it was 6-3.

In the bottom of the third, Gwynn batted for the second time. He hit the ball hard but right at shortstop Ivan DeJesus, just missing the “5.5 hole” that Gwynn would make famous during his career — the area between third base and shortstop.

The fourth, fifth, and sixth innings were scoreless. In the Padres’ fifth inning Gwynn faced left-hander Monge for the second time, his third at-bat in the game. Lezcano was on second base with one out. During his career, striking out would become a rarity for Gwynn but Monge got him on a nasty slider.

Pete Rose led off the top of the seventh inning with his second hit of the game (number 3,800), off Eric Show, who in 1985 would give up Rose’s record-setting 4,192nd hit. George Vuckovich doubled, scoring Rose for a 7-3 Phillies lead.

In the bottom of the eighth, Lezcano led off with a home run off Monge. Gwynn congratulated him after he rounded the bases. Now it was Gwynn’s turn to hit against Sid Monge for the third time. Gwynn doubled to left-center field for his first major-league hit, the first of 3,141.

Pete Rose, playing first, backed up the play at second base. Rose noticed the ball was being retrieved and told Gwynn, “I didn’t realize this was your first game. Nice going, kid.”4 That impressed Gwynn forever.

Sparky Lyle relieved Monge and gave up a run as Luis Salazar grounded out and Gwynn scored his first major-league run. Kurt Bevacqua’s pinch-hit single plated another run, bringing the Padres to within a run of tying the game.

Gwynn’s night wasn’t over yet. After Padres reliever Luis Deleon set down the Phillies in the top of the ninth, it was time for Gwynn’s last at-bat in the game. He came up against reliever Ron Reed after Templeton and Lezcano made the first two outs.

Like Gwynn, Reed had been a basketball star in college, at Notre Dame, and had played two seasons in the NBA for the Detroit Pistons. Gwynn, who set a record for assists at San Diego State, had been drafted by the San Diego Clippers in the 10th round of the NBA draft on the same day he was drafted by the Padres.

Gwynn lined a single to center field to solidify a successful major-league debut, going 2-for-4 with a double, a run scored, and a run batted in on the sacrifice fly. As Gwynn stood at first base after his ninth-inning hit, Pete Rose told him, “Don’t try to catch me all in one night.”5

Terry Kennedy grounded out to the pitcher to end the game. Tony Gwynn’s first two hits were in the books. The Padres had lost their fifth straight game but through no fault of the rookie center fielder.

Gwynn went hitless in his next game and then hit in 15 straight games, the longest streak by a Padre in 1982. Gwynn hit .289 in 54 games that season. He would never again hit below .300 in his career.6

I was blessed to be there that night and I was able to stand behind the cutout windows behind the plate due to the friendship of major-league umpire Joe West. I took pictures of the game with a 24-picture throwaway camera. I recorded Gwynn sitting in the dugout moments before his first at-bat; the scoreboard showing the exact moment of his first plate appearance (7:21 P.M.); his first major-league hit (9:23 P.M.); and the scoreboard announcing “That was T. Gwynn’s 1st major lge hit.”  In 2007 Gwynn took the hit picture to Cooperstown and former head archivist Pat Kelly asked me to donate it, which I did. The Hall of Fame sent me a certificate describing my donation. It truly was a moment of being in the right place at the right time.

In addition to the sources cited in the Notes, the author relied on Retrosheet.org.