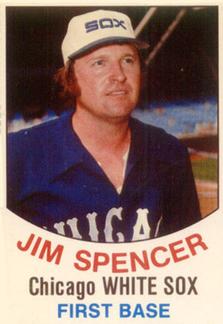 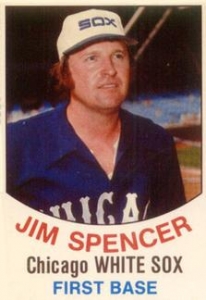 Chicago White Sox owner Bill Veeck faced a dilemma after the 1976 season. The White Sox had finished that campaign, their fourth consecutive losing season, with a 64-97 record. Only 914,945 fans attended games at Comiskey Park. The team needed stars to improve the record and increase attendance. The start of free agency, however, boosted salaries for star players. Veeck, in his second stint as owner of the team, lacked the financial resources to compete for them.1

Veeck and general manager Roland Hemond thought outside the box in order to stock the team. The White Sox traded pitchers Rich Gossage and Terry Forster to the Pittsburgh Pirates for outfielder Richie Zisk and Silvio Martinez. They sent shortstop Bucky Dent, who had started for the three previous seasons in Chicago, to the New York Yankees for outfielder Oscar Gamble, minor leaguer Robert Polinsky, future Cy Young Award winner LaMarr Hoyt, and $200,000.2 Both Zisk and Gamble were essentially one-year rentals expected to seek long-term deals after the season. The team signed former Minnesota Twins third baseman Eric Soderholm, who sat out the 1976 season while he recovered from knee surgery. To bolster the pitching staff, Veeck took another chance and signed Steve Stone. Stone had recovered from a rotator-cuff injury during the previous season. Zisk, Gamble, Soderholm, and Stone joined key holdovers first baseman Jim Spencer, outfielder Chet Lemon, and outfielder Ralph Garr.

Veeck also hired Bob Lemon, a pitcher elected to the Hall of Fame the previous year and a former manager (Kansas City Royals, 1970-1972) with a cool head, to manage the team.

Two other additions enhanced the fans’ experience at games. Team announcer Harry Caray led fans in singing “Take Me Out to the Ball Game” over the public-address system during the seventh-inning stretch. Late in July 1977, organist Nancy Faust started to play “Na Na Hey Hey Kiss Him Goodbye,” a classic rock tune by the group Steam, when White Sox bats knocked opposing pitchers out of the game.3 The additions, along with the scoreboard that shot fireworks after White Sox home runs, helped create a raucous atmosphere at the park.

Veeck’s efforts paid off. The 1977 White Sox defied limited expectations and emerged as a contender, finishing June 1977 with a 40-32 record. The scoreboard frequently exploded after home runs. Players took curtain calls after their round-trippers before adoring fans. Over time, they became known as the South Side Hitmen. The White Sox battled the Kansas City Royals, Minnesota Twins, and Texas Rangers for the American League West crown and brought excitement back to Comiskey Park.

Spencer, a 6-foot-2, 195-pound veteran who threw and batted left-handed, had emerged as a fan favorite. A Gold Glove winner for the 1970 California Angels, he had continued his fancy fielding for the White Sox. Spencer also sparked the Team with his bat. Fans began hanging a banner that read: “C’MON SPENCE, OVER THE FENCE.”4 On May 14, 1977, he hit two home runs and drove in eight runs as Chicago beat the visiting Cleveland Indians, 18-2.

On Saturday, July 2, 1977, Spencer repeated the feat in a crucial game before 35,271 fans at Comiskey Park. He hit two home runs and drove in eight runs as the White Sox beat the Minnesota Twins, 13-8. He became the first White Sox player to drive in eight runs in a game twice in a season.

Minnesota had traveled to Chicago for a midseason series that doubled as an early showdown in the American League West. The Twins, with a 42-33 record, were tied with the White Sox for first place after the opening game of a four-game series. Minnesota’s Rod Carew and Larry Hisle helped carry the team’s offense. Carew entered the game with a .411 batting average and a 12-game hitting streak.

Minnesota drew first blood against Chicago starter Jack Kucek, making his season debut, in the top of the second inning. Mike Cubbage hit an RBI single. Rob Wilfong drove in another run with a groundout for a 2-0 lead.

Twins starter Bill Butler (0-1) retired the first nine White Sox batters. Wildness in the bottom of the fourth, however, cost him. He walked Alan Bannister and Jorge Orta. Butler retired Zisk and Lamar Johnson on fly balls. He walked Lemon to load the bases. Spencer then got Chicago’s first hit of the game: a grand slam. That gave the White Sox a 4-2 lead.

The game turned into a seesaw battle for the next few innings. In the top of the fifth inning, Hisle hit a two-run double that knocked Kucek out of the game and forged a tie. Kucek’s replacement, Bart Johnson, gave up a sacrifice fly to Dan Ford that gave the Twins a 5-4 lead.

The Twins switched Butler for Tom Burgmeier for the bottom of the fifth. Burgmeier didn’t hold the lead. He gave up a two-out double to Bannister. Orta’s single drove home Bannister and tied the game. Afterward, Zisk singled off Burgmeier. The Twins lifted Butler for Tom Johnson (9-3), who struck out Lamar Johnson to end the inning.

Spencer delivered another clutch hit in the bottom of the sixth. Lemon led off with a triple off Johnson. Spencer’s single drove in Lemon and gave the White Sox a 6-5 lead.

Minnesota reclaimed the lead in the top of the eighth inning. Butch Wynegar hit a two-out single off Bart Johnson that drove in Cubbage and Wilfong, who had both singled. The Twins took a 7-6 lead. Johnson left the game, and Lerrin LaGrow replaced him. LaGrow struck out Hisle to end the inning.

The White Sox fought back again. During a wild rally, they scored seven unearned runs in the bottom of the eighth. With one out, Garr grounded to first baseman Carew. Carew tossed the ball to Johnson, who missed the base.5 The next batter, Jim Essian, hit a grounder to shortstop Roy Smalley. Smalley attempted to backhand the ball, but it bounced off his glove. Essian was credited with a single. Bannister hit a routine fly to right field. Ford, who was not wearing sunglasses, lost the ball in the sun. He dropped to his knees in a last-ditch attempt to locate the ball, but it fell for a hit.6 Orta hit a line-drive single to right that drove in Essian and Garr. Zisk drove in Bannister with a sacrifice fly. Tom Johnson, the eventual losing pitcher, departed the game after a wild pitch. Dave Johnson replaced him. Lamar Johnson drove in Orta with a single. Lemon also singled. Spencer hit a three-run homer into the right-field stands to give the White Sox a commanding 13-7 lead.

LaGrow (4-1), the eventual winner, gave up one run in the top of the ninth inning. The Twins’ Glenn Adams doubled and advanced to third on a wild pitch. Adams scored on Ford’s groundout.

After the loss, an angry Twins manager Gene Mauch held a closed-door meeting with his players and discussed their sloppy play during the White Sox’ seven-run rally. He later gave a tongue-in-cheek comment to a reporter. Mauch said: “I neglected to check all our players when they took the field in the eighth inning to see that they were all wearing shoes, gloves, and glasses.”7

Meanwhile, White Sox fans exulted over the win. Chicago Sun-Times columnist Bill Gleason captured their jubilation. Gleason wrote: “When it finally ended at 4:17 P.M., the 35,271 spectators went home with the joyful conviction that they had witnessed one of the wildest, weirdest, most hysterical games ever played.”8

Spencer told the Chicago Tribune that Zisk’s advice had boosted his performance. “Saturday’s my day. But Zisk helped me. He handed me a heavier bat – about 34 ½ ounces – and told me to use it because I’d been pulling a lot of pitches foul. It’s about two ounces heavier than the bat I’ve been using.”9

Spencer finished the season with 18 home runs and 69 RBIs and won his final Gold Glove. He played a key role as the White Sox notched a 90-72 record and took third in the division. Despite his achievements, however, Veeck used Spencer as trade bait. Veeck traded Spencer, Polinsky, and Tommy Cruz to the New York Yankees for minor leaguer Ed Ricks, Stan Thomas, and cash in December 1977.10