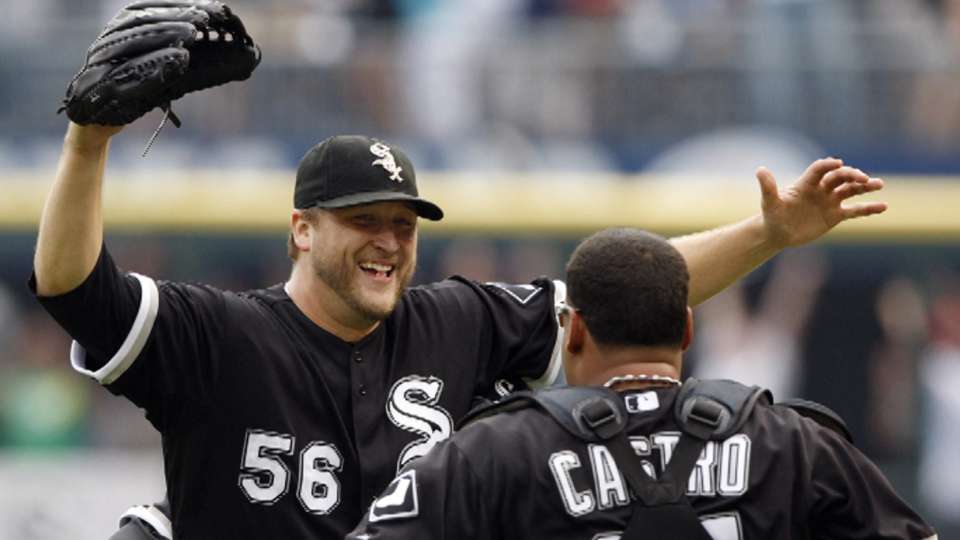 The Tampa Bay Rays were winding up a four-game series against the Chicago White Sox on July 23, 2009. It was getaway day for both teams. After the afternoon tilt, Tampa Bay would head to Toronto and Chicago would go to Detroit for an important series with the Tigers.

One couldn’t blame the Rays if they hoped they wouldn’t see the White Sox, or the South Side, for a quite a while. Tampa Bay dropped three of four to Chicago in April, and in the current series, the White Sox had taken two of the first three games.

Both teams were in fights for a spot in the postseason in their respective divisions. Tampa Bay (52-43) was in third place in the American League East, trailing first-place New York (57-37) by 5½ games and second-place Boston (55-39) by 3½ games.

Chicago (49-45) trailed Detroit (49-43) by one game. They had split eight games thus far in the season and it promised to be a fun weekend in the Motor City.

But first there was a game for the White Sox to play against Tampa Bay. There was recent history between the two teams: In a division series the previous season, the Rays had disposed of the White Sox in four games. The Rays went on to win the franchise’s first pennant in their first postseason. They lost to Philadelphia in the World Series.

The pitching matchup for the White Sox-Rays final game was a rematch of Game Two in the Division Series. In a battle of left-handed pitchers, Scott Kazmir defeated the White Sox and Mark Buehrle, 6-2. But 2009 was another season and Buehrle (10-3, 3.52 ERA) was pitching well. Kazmir (4-5, 6.62 ERA), however, was finding the regular season a bit bumpy.

The White Sox broke through for four runs in the bottom of the second inning. Paul Konerko led off with a single to right field. Carlos Quentin followed with a walk. Kazmir came back to whiff Gordon Beckham and Jayson Nix. Just when it appeared that Kazmir might get out of the jam, Ramon Castro singled to left to load the bases. Josh Fields, the first baseman and the number-nine hitter in the White Sox lineup, stepped into the batter’s box. Fields, who was batting .221, smacked a grand slam to left field for a 4-0 White Sox lead.

The score stayed that way until the bottom of the fifth inning. Back-to-back doubles by Scott Podsednik and Alexei Ramirez to lead off the frame extended the White Sox’ lead to 5-0.

But the real story was Buehrle. He kept setting the Rays down in order. Three consecutive groundouts by Tampa in the top of the sixth continued his dominance. “The first couple of innings went by so fast,” said the Rays’ Pat Burrell. “By the time we realized what we were getting into, I think we were a little late.”1

The Rays weren’t the only people taking notice. Gradually a mix of nervousness, anticipation, and excitement began to overcome the crowd of 28,036 at U.S. Cellular Field. Undoubtedly many more citizens who called the “City of Big Shoulders” home would claim to have been at the ballpark this day.

Buerhle sailed through the seventh and eighth innings. The White Sox offense stood pat with five runs on the board. At this stage of the game, it was more than enough runs for Buehrle to work with.

In the top of the ninth, Chicago manager Ozzie Guillen removed Quentin, switched Podsednik from center field to left to replace him, and inserted DeWayne Wise into center. The switch by Guillen proved both prophetic and genius.

Gabe Kapler led off the ninth inning for Tampa. Kepler sent Buehrle’s 2-and-2 changeup to deep center field. Wise raced back to the fence in an attempt to snare the ball, which seemed to be headed out of the park. Wise leapt at the fence. As he hit the outfield wall, the ball found its way into his glove, but popped out. As Wise fell to the warning track, he reached out with his bare hand to secure the baseball for the first out. “I couldn’t really feel it going into my glove, so I thought it was falling,” said Wise. “I saw it slowly rolling out of my glove, and that’s when I stuck my left hand out there and caught it.”2

The crowd erupted in cheers of approval for Wise’s circus catch. “It’s got to be the play of the year,” said Evan Longoria. Given the circumstances, the Rays third baseman may have been right.3

Buehrle whiffed Michel Hernandez for his sixth and final strikeout. Jason Bartlett grounded out to shortstop to end the game. Mark Buehrle had pitched the 18th perfect game in the major leagues. It was the first since Randy Johnson of Arizona threw one against Atlanta on May 18, 2004. “I was thinking about catching the final out since about the seventh inning and tackling him,” said Fields. “That was a very nerve-racking situation, but when you think about something else, it made the nerves go away.”4

Buehrle had thrown his first no-hitter against Texas on April 18, 2007, at U.S. Cellular Field. He had hit his first home run in the big leagues five weeks earlier, on June 14, 2009, against Brandon Looper and the Milwaukee Brewers at Miller Park. Eric Cooper, who was the home-plate umpire for the game, also worked the plate in Buehrle’s first no-hitter.

Buehrle was talking to the press after the game, when a call came in for him from the highest-ranking White Sox fan, in or out of Chicago: President Barack Obama. The president told Buehrle that his accomplishment was an “unbelievable achievement.”6

President Obama, who watched the last inning from a photographer’s iPhone, noted the fantastic play by Wise. “Even when you’re pitching a perfect game, you still need help,” he said. “That kind of team play is important. … That’s not how Washington has been doing things.”7

The author accessed Baseball-Reference.com (https://baseball-reference.com/boxes/CHA/CHA200907230.shtml) for box scores, play-by-play information, and other data, as well as retrosheet.org (https://retrosheet.org/boxesetc/2009/B07230CHA2009.htm)