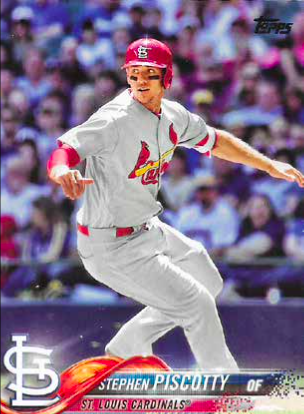 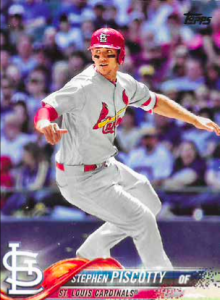 The Tuesday evening game was a matchup between two teams headed in opposite directions. Third-place Oakland was the hottest team in baseball. Winners of 24 of their last 31, the A’s came into the game with a record of 58-43, 7½ games behind the American League West-leading Houston Astros. In the other dugout, the Rangers had won only four games so far in July and were in last place in the AL West with a record of 42-59, a distant 23½ games off the lead. Even more telling were the 40 runs the Rangers’ pitchers had given up in the four games since the All-Star break.

Frankie Montas, recalled from Triple-A Nashville earlier in the day, drew the starting assignment for the A’s.1 The 25-year-old right-hander from the Dominican Republic was making his ninth start of the season for the A’s and brought a 5-2 record and a 3.35 ERA into the contest. The Rangers started 30-year-old Mike Minor. The 6-foot-4 left-hander was working his way back from surgery to repair a torn labrum that forced him to miss all of 2015 and 2016. He entered the game with a record of 6-6 and a 4.89 ERA.

It was a hot and humid evening, the type of night when leads were known to quickly evaporate in this ballpark. The temperature was a sticky 97 degrees when Minor delivered the first pitch at 7:05 P.M. Despite having to throw 20 pitches, Minor retired the A’s in order in the top of the first. Montas was not as fortunate in the bottom of the inning.

Shin-Soo Choo drew a leadoff walk before being erased on a fielder’s choice at second when Rougned Odor grounded to second. Shortstop Elvis Andrus followed with a groundball single through the hole between first and second. Odor, racing around second, drew an errant throw from right fielder Stephen Piscotty that allowed him to score the game’s first run and for Andrus to take third. Adrian Beltre sent a sacrifice fly to right to score Andrus. At the end of the first inning, the Rangers held a 2-0 lead.

The A’s evened the score on a pair of one-out solo home runs in the third and fourth innings. In the top of the third, Mark Canha sent a home run deep into the seats down the left-field line. It was Canha’s 13th home run of the season. In the top of the fourth, Jed Lowrie homered to center, his 17th of the year.

In the Rangers fifth, Willie Calhoun led off with his first home run of the season, a shot to deep right field. With one out, Choo singled to left-center and went to third on Odor’s double. Andrus followed with a sacrifice fly to deep right-center that scored Choo to make the score 4-2.

With a two-run lead and Minor having already thrown 104 pitches, Rangers manager Jeff Banister went to his bullpen to preserve the lead. Right-hander Cory Gearrin, who was acquired from the Giants on July 8 and making his sixth appearance for the team, was the first in a parade of Rangers pitchers out of the weary bullpen. Gearrin, who had yet to yield a run in 5⅓ innings of work with the Rangers, pitched a scoreless sixth inning.2

The Rangers extended their lead in the bottom of the sixth. With left-hander Ryan Buchter on the mound for the A’s, Rangers right fielder Joey Gallo led off with a home run to right field, his 25th of the season. With one out, Isiah Kiner-Falefa doubled down the left-field line. Two hitters later, with two away, center fielder Carlos Tocci singled to left to score Kiner-Faiefa. Tocci took second on the throw to the plate. Choo reached on an error by A’s shortstop Marcus Semien and Tocci advanced to third. Odor walked on four pitches and the bases were loaded.

Attempting to keep the game close, A’s manager Bob Melvin turned to right-handed rookie J.B. Wendelken to face the right-handed-hitting Andrus, who deposited Wendelken’s seventh offering of the at-bat into the stands in left for a grand slam. It was Andrus’s fourth home run of the season. After six innings, the Rangers appeared to have an insurmountable 10-2 lead and a 99 percent probability of winning the game.3 In fact, history suggested the Rangers had an even higher probability of winning the game. According to the Elias Sports Bureau, the Rangers were 471-0 when leading by eight runs or more in the seventh inning or later in franchise history, and 429-0 since moving to Texas.4

Left-hander Brandon Mann, who had been recalled from Triple-A Round Rock after the Rangers’ 15-3 loss to the A’s the night before, started the seventh for the Rangers. Third baseman Matt Chapman drew a leadoff walk and took second on a wild pitch. Canha also walked. After Jonathan Lucroy flied out to center, Semien drove in Chapman and Canha with a double to left. Banister brought in right-hander Jose Leclerc to face the right-handed-hitting Chad Pinder. Melvin, the A’s skipper, lifted Pinder for left-handed-hitting Nick Martini, who sliced a double to left to trim the Rangers’ lead to 10-5.

Left-hander Jake Diekman came on to pitch for the Rangers in the eighth. With one out, Chapman, Canha, and Lucroy drew consecutive walks. Semien followed with a hard grounder to shortstop that Andrus booted. Chapman scored and everyone else was safe. Martini was hit by a pitch to push across a run and move everyone up another 90 feet. Sensing that the once insurmountable lead might be slipping away, Banister called on right-handed closer Keone Kela for a five-out save. Lowrie greeted Kela with a two-run single. Kela then threw a wild pitch that allowed Martini and Lowrie to advance. Kela struck out Khris Davis and retired Matt Olson on a fly ball to center to end the inning. Despite only one hit, the A’s had scored four runs. At the end of eight innings the Rangers clung to a 10-9 lead.

Newly acquired right-hander Juerys Familia pitched a one-two-three eighth for the A’s. Familia, who had come over from the New York Mets three days earlier, was making his second appearance for Oakland. (He was the winning pitcher in his A’s debut, against the San Francisco Giants two days earlier.)

Any hope that Kela would shut down the A’s in the ninth quickly dissipated when Piscotty hit his first offering of the inning for a home run to center field. It was Piscotty’s 14th home run of the season and the first time Kela had blown a save all season. The Rangers had squandered an eight-run lead in the game’s final three innings.

Familia pitched another perfect inning in the ninth to send the game into extra innings.

Right-hander Austin Bibens-Dirkx, the Rangers’ seventh pitcher of the night, came in to pitch the 10th inning. He struck out Semien to start the inning. Martini single to short left and moved to second when Lowrie walked. Davis, who was 0-for-5 so far, followed with a three-run homer to left to give the A’s their first lead of the game. The blast was Davis’s 25th of the season.

Closer Blake Treinen came on to close things out for the A’s in the bottom of the 10th. The 30-year-old right-hander, who was enjoying a career year with a record of 5-2, 24 saves, and a microscopic 1.08 ERA, wasted little time in retiring the Rangers in order to cap a stunning comeback.

Familia was credited with the victory, his second in as many appearances with the A’s. Treinen earned the save, his 25th of the season. The loss went to Bibens-Dirkx, dropping his record to 2-3. The time of the game was 4 hours and 8 minutes.

The A’s continued their fine play and captured the second AL wild-card spot with a record of 97-65. They lost the wild-card Game to the New York Yankees, 7-2. The Rangers began to turn over their roster soon after their improbable blown lead and finished the year at 67-95.

In addition to the sources cited in the Notes, the author consulted Baseball-Reference.com and Retrosheet.org