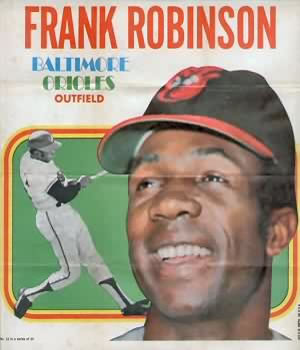 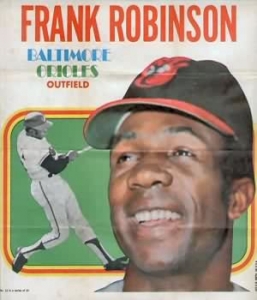 ’s solo home run in the first inning was all the offense Baltimore needed, but the Orioles scored a total of 17 runs on as many hits in the first five frames to secure a blowout victory over the Chicago White Sox on July 27, 1969. According to the Baltimore Sun, “The merry-go-round was the greatest in Memorial Stadium history.”1 Baltimore’s Jim Hardin pitched a two-hitter and helped his own cause at the plate with a three-run home run.

A crowd of more than 25,0002 showed up to witness the historic shellacking, as the two teams concluded a four-game series. The American League East Division first-place Orioles were seeking a sweep. Chicago had lost five in a row and 14 of its last 19 games, and the White Sox were firmly planted in fifth place in the West Division.

Right-hander Hardin toed the pitching rubber for the home team. The 25-year-old was in his third season in the majors. He had struggled a bit this season and split time as a starter and reliever. (This was his 13th start and 19th overall appearance.) For the visitors, Billy Wynne took to the mound. The Chicago right-hander was six days older than Hardin but was pitching in only his first full major-league season. Wynne entered the game with a 3-1 record and 3.50 earned-run average. Both starters had started their major-league careers as free agents signed by the New York Mets.

Chicago had two baserunners in the top of first, after Bobby Knoop led off with a single to right and advanced to second when Gail Hopkins reached on a one-out error by second baseman Davey Johnson (his fourth of the season). But Hardin worked his way out of the jam by retiring Pete Ward and Carlos May.

Wynne lasted only 1⅓ innings. Don Buford singled to start the O’s in the bottom of the first, but was erased trying to steal second. After Paul Blair flied out, Frank Robinson crushed a home run to give Baltimore a 1-0 lead. Boog Powell drew a walk and scored when the next batter, Brooks Robinson, tripled to right field.

An inning later, Baltimore exploded for five runs. Johnson and Mark Belanger started the frame with back-to-back singles. After Hardin struck out, Buford hit an RBI single to left, driving in Johnson. This brought Chicago manager Don Gutteridge to the mound for a pitching change. Wynne gave way to Jerry Nyman. Blair greeted him with a run-producing single and then Frank Robinson launched his second home run of the game, with Buford and Blair scoring ahead of him. Powell singled to right, and Nyman’s night was done. Veteran right-hander Gary Bell was called from the White Sox bullpen, and he retired Brooks Robinson and Elrod Hendricks to end the inning. The Birds had batted around.

In the third inning, Knoop singled to center with one out for the White Sox. Former Oriole Luis Aparicio then hit a grounder to Johnson, who collided with Knoop in making the force out at second. Knoop, who “in an effort to prevent a relay throw to first base for a double play, went in low and put a by-block on Johnson,”3 sustained a bloody nose and bruised face and did not return to the game, replaced by journeyman Woodie Held.

The Orioles scored a run in the bottom of the third. Johnson walked, Belanger singled, and Hardin advanced them with a sacrifice. Bell retired Buford on a grounder to second baseman Held, but Johnson crossed the plate on the play for run number eight.

In the fourth inning with one out, a frustrated “21-year-old Carlos May flung his bat at Umpire Russ Goetz … and was banished from the contest,” after Goetz called him out on a strike three (looking) from Hardin. May exchanged words, walked toward the Chicago dugout and then flung his bat at the umpire. After Goetz “thumbed May out of the game and the youngster took [another] step toward the dugout, [he] turned and threw his batting helmet.”4 Gutteridge ran onto the field to restrain May. Bill Melton then struck out, to bring the Orioles to bat again. Walt Williams trotted out to right field to replace May.

And again the Baltimore batters batted around. Frank Robinson reached on a walk and jogged around the bases when Powell launched a home run. Brooks Robinson walked. Bell retired Hendricks and Johnson, and Belanger stroked his third straight single, bringing Hardin to the plate. With two outs, the pitcher swung away, and he shot Bell’s offering out of the park for a three-run homer. Hardin’s wallop was only his sixth hit of the season, but it was his second home run (both of the season and for his career). After the game, he told reporters, “I got me a great big Boog Powell model bat – 36 ounces and 36 inches long. If you swing it the same place every time, sooner or later the ball is gonna hit that bat.”5Buford flied out to end the inning, but the Baltimore nine had added five more tallies to the scoreboard.

As the two teams played the fifth inning, heavy clouds were gathering in the west, bringing a threat of rain, but they stayed clear of the ballpark and the game became official when the inning ended. But not before Baltimore struck again. Blair tripled and scored on Frank Robinson’s groundout. Powell doubled to left (Chico Salmon came on as a pinch-runner). After Brooks Robinson struck out, Hendricks walked and Johnson hit a two-run double to left. He scored when Belanger singled through the right side. Hardin then grounded out to third for the final out.

The Orioles had gone through their lineup four times in five innings. With the score 17-0, Chicago “suffered the indignity of seeing Manager Earl Weaver of Baltimore remove his three stars – Brooks and Frank Robinson and Boog Powell – after only five innings of work.”6

The final four innings elapsed without incident. Hardin retired every Chicago hitter he faced. Baltimore had three more hits but couldn’t get a runner past third base. Despite the three big innings by Baltimore, the time of the game was only 2 hours and 33 minutes and the final score remained 17-0.

Frank Robinson delivered two homers and drove in five runs. Buford, Blair, Powell, and Johnson each had three hits. Belanger went 4-for-5, raising his average to .287. It was the second four-hit game for the season for “the Blade.” The first also occurred against Chicago, in the second game of a June 15 doubleheader. Baltimore won that game, too, 13-2.

The blowout win moved the Birds to 12½ games ahead of the Detroit Tigers in the East and raised their record to 69-31. Chicago dropped its eighth straight game to the Orioles.

The tally of 17 runs was a new record for Baltimore, surpassing the old mark of 14 (which they accomplished three previous times, including against the New York Yankees on May 4 of this season). The Orioles also set all-time records for most hits in a game (tied at 20) and most total bases in a game (39). They stroked nine extra-base hits, including four homers and two triples. The 17 runs were their largest margin of victory in franchise history and were the most runs ever scored at Memorial Stadium.

Hardin improved his record to 5-4 with the complete-game victory. It was his first shutout and third complete game of the 1969 campaign. Both hits he allowed were singles by Knoop, and after Knoop batted in the third, Hardin set down every Chicago batter in order (20 in a row). Hardin lowered his earned-run average from 3.87 to 3.49. Even more impressively, Hardin’s career record against the Sox rose to 6-1; he had allowed only 16 runs in 69⅔ innings pitched against Chicago.

Meanwhile, the White Sox kept skidding. George Langford of the Chicago Tribune wrote, “That dark cloud that has been hovering over the White Sox all season opened up today and it poured.”7 Following the Orioles’ 17-run storm, Gutteridge remarked, “That makes 16 of the last 20 that we’ve lost. We’re the most welcome club in baseball. Everybody wants us to stay.”8 In the Orioles’ clubhouse, skipper Weaver was grinning. “Four in a row, seventeen tonight. That makes me feel a lot better than when we left Boston oh and three, last Sunday.”9