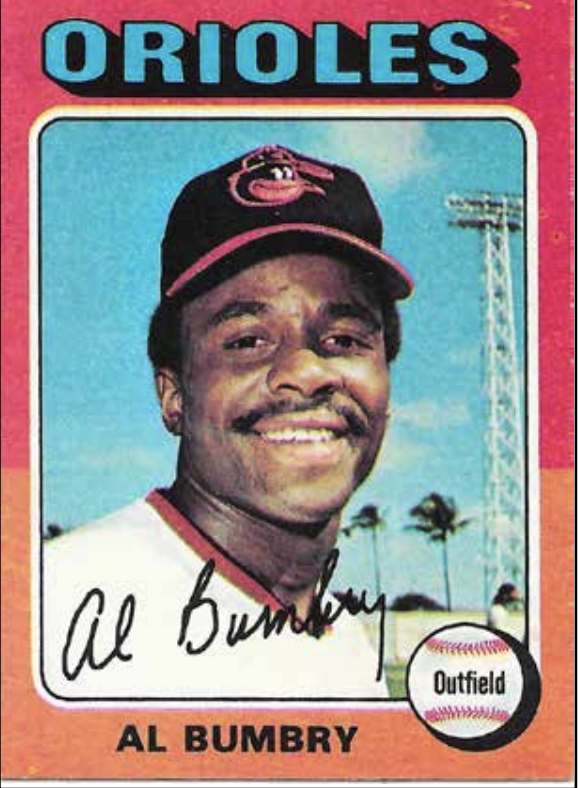 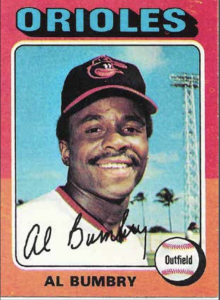 The visiting Baltimore Orioles had taken three of the first four games of the unusual five-game series from the host Milwaukee Brewers. The 26,705 fans attending this Sunday doubleheader had already witnessed their home team lose 7-4, although they did see a piece of baseball history: Oriole Tommy Davis whacked his 2,000th hit.1 Milwaukee had held a piece of first place in the AL East earlier in July but they had slipped to fourth, nine games back of Boston before beginning play on the 27th. Baltimore was just ahead of the Brewers, eight games back of Boston.

Rookie Tom Hausman (3-2, 3.99 ERA) was making only the third start of his major-league career (although he had made 20 relief appearances in 1975). He had little trouble with the top of the Brewers lineup: Ken Singleton flied out, Al Bumbry fouled out to the catcher, and Davis grounded to first.

Paul Mitchell (1-0, 3.38 ERA) matched Hausman’s performance in the home half of the first with a strikeout of Don Money, a lineout by Charlie Moore, and a fly out by George Scott. Mitchell was also a rookie, also making his third start. He had only pitched 18⅔ innings but that included a complete game in his most recent outing, on July 19.

Hausman allowed his first baserunner in the second when he walked Lee May and balked him to second. But he still didn’t allow a hit: Jim Northrup flied out, Bobby Grich and Elrod Hendricks struck out.

The bottom of the second and the top of the third were equally uneventful.

The Brewers got on the board in the bottom of the third. Paul Mitchell walked Bobby Mitchell in front of Robin Yount. Yount’s homer put the Brewers up by two. Money’s one-out solo homer gave the Brewers’ fans more to cheer. Mitchell recovered to get a fly out and a strikeout but the Brewers led, 3-0.

The Orioles threatened but did not score in the fourth. Hausman got two quick outs then allowed back-to-back singles to May and Northrup. He walked Grich to load the bases. The Orioles failed to capitalize: Hendricks flied out to right to end the frame.

Each pitcher allowed just one walk in the bottom of the fourth and the top of the fifth.

The Brewers padded their lead in the bottom of the fifth. Kurt Bevacqua hit a one-out double. After Money struck out, Moore’s single scored Bevacqua. Scott flied out to end the inning with the score 4-0, Brewers.

Each team had only one baserunner in the sixth. Northrup reached on an error but was left on base, Millwaukee’s Gorman Thomas walked but was erased on a double play.

Doug DeCinces hit a one-out double in the top of the seventh, but neither Mark Belanger nor Singleton was able to knock him in.

The Brewers looked as if they might add to their lead in their half of the seventh. Bill Sharp singled and Yount sacrificed him to second. Bevacqua singled but Sharp had to hold at second. That led to a pitching change: Dyar Miller replaced Mitchell to face Money. Money flied to left but shallow enough that the Orioles caught the runner off second for a double play.

All Hausman allowed in the top of the eighth was a single to May. That was only the fourth hit allowed by Hausman although he did allow three walks.

The Brewers added to their lead in the home half of the eighth. Miller walked Moore, so Scott’s home run put the Brewers up 6-0. Miller allowed two more singles but neither scored.

Going into the top of the ninth Baltimore’s win expectancy (per Baseball Reference) was zero.2 Hausman, apparently tiring,3 walked Grich and allowed a single to Hendricks. To a chorus of boos from the crowd, manager Del Crandall made a pitching change to the usually dependable relief pitcher Tom Murphy (1.96 ERA, 14 saves, only two blown saves). Murphy failed to record an out (and raised his ERA to 2.74). The first batter he faced, DeCinces, tripled, scoring two. Pinch-hitter Tony Muser singled, scoring another. Singleton singled, putting two on for Bumbry. Bumbry, whose .284 BA as a designated hitter had led the league at the All-Star break,4 hadn’t had a hit since before the break. He broke out of his 0-for-23 slump in a big way, hitting only his second homer of the year to tie the game, 6-6.5

Crandall pulled Murphy, calling on Rick Austin, who had been closing games while Murphy had been out for a month with a sore arm.6 Murphy had been solid in his first game back on July 23, allowing only one hit in two innings. But from this game to the end of the season, he was not the same pitcher as he had been before: He earned only six saves, had seven blown saves, and an 8.89 ERA. For his part, Austin had pitched an inning in the first game of the doubleheader, facing only four batters. Relieving Murphy, Austin got the necessary three outs.

Of course the Brewers had the opportunity for a walk-off in the bottom of the ninth. Unlike in the eighth inning, they were unable to do anything against Miller: Bevacqua, Money, and Moore were out one-two-three thanks in part to a fine defensive play by third baseman DeCinces.7

Austin stayed in to pitch the top of the 10th. A multiple-inning appearance wasn’t unusual for him. However, this one was disastrous for him – and his team. He started by walking Grich. Paul Blair popped out to the catcher.8 Austin walked DeCinces and struck out Tim Nordbrook.9 The third out proved elusive: Singleton singled, scoring Grich. Austin issued his third walk of the inning to pinch-hitter Don Baylor to load the bases. Davis unloaded them with a 400-foot grand slam into the center-field seats.10 That wasn’t all: May doubled before pinch-hitter Dave Duncan finally struck out. May had quite the day: he was 3-for-4 with an HBP in the first game and 3-for-5 with a walk in the second.

Given the 11-6 score, the chances of a Brewers comeback in the bottom of the 10th were small. Sixto Lezcano11 hit a one-out single and Mike Hegan walked to put two on. Grant Jackson took the mound to face the next batter: pinch-hitter Hank Aaron. He looked at strike three to end the game.

After the game Crandall was asked about his decision to pull Hausman. Both Hausman and Orioles manager Earl Weaver defended the decision. Weaver said, “Crandall made all the right moves. It looks like he made the wrong ones, but I’ve seen it before.” Certainly Crandall hadn’t seen anything like it before, saying it was the hardest defeat of his career.12

Baltimore finished second in the AL East, 4½ games back of Boston. Milwaukee, though tied for first briefly earlier in July, gradually sank through the season to finish fifth in the AL East, 28 games behind Boston. Crandall was fired before the last game of the season. He said one of the reasons for the Brewers’ poor performance was lack of pitching depth, something that was certainly on display in this game.13

5 That was also Bumbry’s last homer of the year. In his 14-year career, he never reached double-digits in home runs.

8 Blair had been substituted in as the center fielder in the top of the ninth.

9 Nordbrook had been substituted in as the shortstop in the top of the ninth.

11 Lezcano had been substituted in as the right fielder in the top of the seventh.