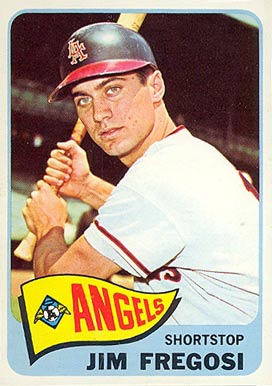 A couple of the Los Angeles Angels’ young stars put on a display against the four-time-defending American League champion New York Yankees. Shortstop Jim Fregosi, only 22, hit for the cycle as his pitcher, 23-year-old Dean Chance, became the first Angels hurler to win 10 games in 1964.

At the end of May, the Angels had a 16-29 record, landing them in last place, 13 games out of first. They picked it up a bit after that, and by July 28, they were 53-51 coming into the July 28 contest with the Yankees, who were handily in first place with a 60-36-2 mark. New York had won five in a row. A season-high Dodger Stadium crowd of 35,976 turned out to see the Angels battle the Bronx Bombers.1

Coming into this contest, Chance (9-5) had a league-leading 1.77 ERA and had a four-game winning streak, which included a two-inning appearance just two days before this start, where he earned the win in relief against the Kansas City Athletics. New York countered with Stan Williams, who made his ninth start of the season, bringing a 1-2 record and 3.38 ERA.

With two outs in the first inning, Fregosi “gave a warning of what was to come by bruising Williams for a resounding double,”2 with the ball bouncing off left fielder Tom Tresh’s glove. However, Willie Smith grounded out to second for the final out, stranding Fregosi and keeping the game scoreless.

Two innings later, Vic Power singled up the middle with two outs and advanced to second on a wild pitch. Working the count full, Fregosi smashed Williams’s next offering “into the left field seats not too far from the foul pole”3 for his 13th home run. This was all the run support Chance needed. Through the first six innings, the 6-foot 3-inch right-hander had allowed just one hit, a leadoff single to Clete Boyer in the third. In the bottom of the sixth, Fregosi led off with a screaming line drive toward the LA bullpen in left field. By the time Tresh retrieved the ball, which had bounced off the grandstand fencing, and fired to the infield, Fregosi was sliding into third base with his eighth triple of the year. After Smith grounded out, Buck Rodgers stroked a single to right, and Fregosi touched home with the Angels’ third run.

The Yankees’ “Mighty Mickey Mantle accounted for New York’s lone run by clubbing a 3-and-2 pitch into the right-field bleachers to lead off the seventh inning.”4 It was his 20th homer of the season. Mantle had drawn walks in his previous two plate appearances. No other Yankee moved beyond second base. Chance held the Bronx Bombers to just two hits. Until Mantle parked the pitch beyond the fences, Chance had a string of 37 scoreless innings against the Yankees, dating back to the 1963 season.5 Mantle’s home run was the first Chance had allowed in 69 innings of work.

With two outs in the bottom of the eighth inning, Fregosi strode to the plate with a double, homer, and triple in his box score. Hal Reniff was now pitching, having relieved Williams to start the eighth. Fregosi laced a single just beyond Boyer’s reach at third base to complete the cycle. Chance retired the Yankees in order in the ninth to secure the 3-1 victory. It was Los Angeles’ 13th win in its last 17 games.

Chance, the ace of the Los Angeles pitching staff, earned his fifth straight victory (10th overall) in pitching the complete game against New York. He worked his second two-hitter of the year, striking out eight New York batters, and he seemed to be “as impenetrable as smog.”6 A few weeks earlier, Fregosi and Chance had represented Los Angeles at the 1964 All-Star Game. Fregosi batted in the leadoff position and went 1-for-4 with an RBI and a run scored. Chance was the American League’s starting pitcher and pitched three innings, allowing two hits but no runs while striking out two. For the Yankees, Mantle, Elston Howard, Bobby Richardson, and Joe Pepitone played in the midsummer classic.

Before the game, Fregosi “decided to use a new bat against the Yankees and playfully asked the trainer to give it a shot of cortisone to put some base hits into it.”7 He raised his batting average to .313. He later told reporters, “I had never had a perfect night at bat where I got one, two, three, and four-base hits before. The last time I went to bat, Willie Smith said from the on-deck circle that I needed only one more hit to do it.”8 Los Angeles had only eight hits, and Fregosi claimed half of them. Smith added a single and a double, but the timely hitting by Fregosi proved to be the difference in giving the Angels the win over the Yankees.

Fregosi became the first Angels player to hit for the cycle. Four years later, on May 20, 1968, he did it again, hitting only the second cycle for the Angels. His second cycle was a reverse natural cycle (home run, then triple, then double, then single). Fregosi’s feat was the fourth cycle of the 1964 season and came just six days after Willie Stargell hit for the cycle for the Pittsburgh Pirates (July 22). As of the beginning of the 2017 season, seven batters have hit for the cycle while playing for the Angels, the most recent being Mike Trout on May 21, 2013.