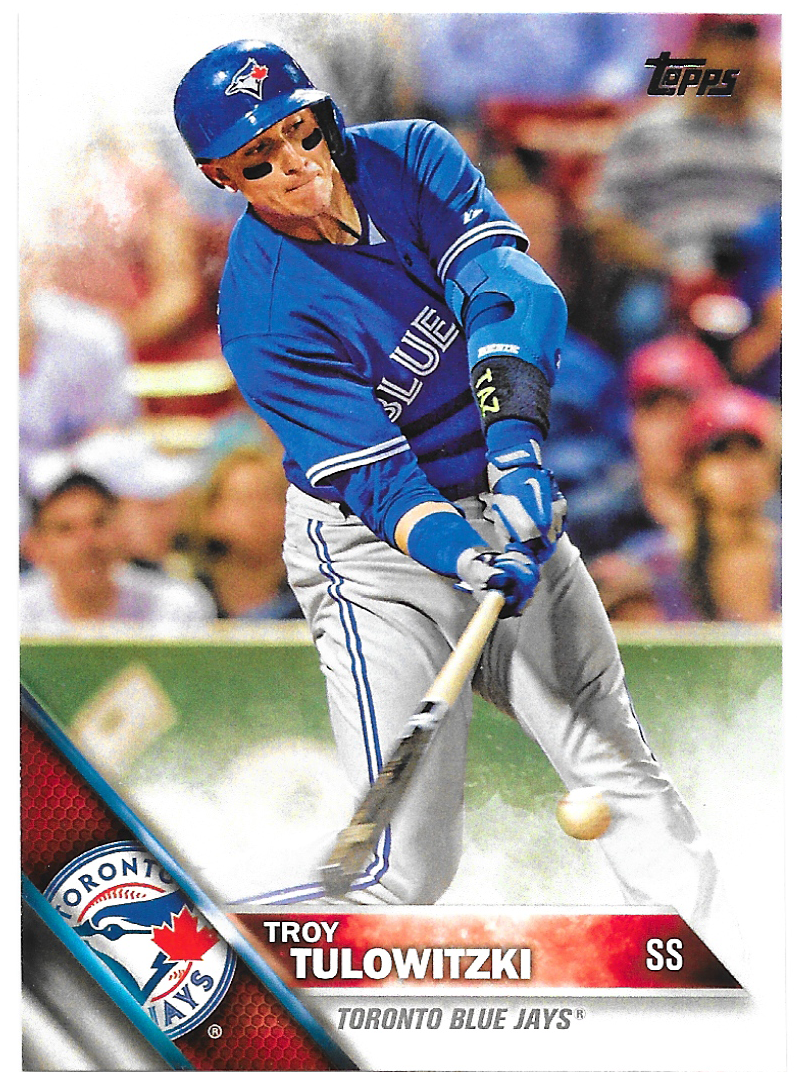 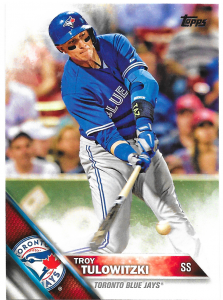 Blue Jays manager John Gibbons handed the ball to J.A. Happ for the final game of a four-game series with Cleveland, hoping that the lefty could give Toronto some quality innings to rest the exhausted bullpen arms. Happ would be facing a red-hot Cleveland Indians team that was coming off a streak like no other in franchise history.

After winning the first two games of their series with the Blue Jays, the Indians had set a franchise record by winning their 14th straight game.1 The final game of the winning streak was a 19-inning victory on Canada Day, July 1. The extra-inning marathon taxed both teams’ bullpens. Toronto used nine relievers over the final 12 1/3 innings, while Cleveland used eight relievers. The Blue Jays were forced to use infielders Ryan Goins and Darwin Barney for an inning each, while the Indians brought starter Trevor Bauer out of the bullpen to pitch the final five innings.

The Blue Jays broke the Indians’ winning streak in the third game of the series in comeback fashion the next day. After trailing 6-5 at the seventh-inning stretch, the Blue Jays rallied for a run in the seventh and three in the eighth to win the game, 9-6. However, Toronto was once again forced to dip deep into its bullpen. Starter Marco Estrada gutted out the first five innings with a sore lower back before giving way to five relievers to finish the game.

The final game of the series attracted a huge crowd, in large part to watch the Blue Jays, who were just 4½ games out of first place in the AL East, battle the Central Division-leading Indians, but also because it was Troy Tulowitzki bobblehead day. (Tulowitzki was the Blue Jays’ shortstop.)

The Blue Jays wasted little time jumping out to an early lead against Kluber. In the first, after Josh Donaldson singled and Michael Saunders doubled, Russell Martin stepped to the plate with two down. Martin slammed a three-run home run to dead center field to put the Blue Jays on top, 3-0.

Toronto added to its lead in the fourth inning and knocked Kluber out of the game. Ezequiel Carrera led off with a walk and moved to third on Donaldson’s single. Edwin Encarnacion popped up to shortstop Francisco Lindor. When Lindor went to plant his foot to throw the ball in, he slipped on the artificial turf, and the speedy Carrera raced home with Toronto’s fourth run. Michael Saunders lined a double down the right-field line, advancing Donaldson to third and sending Indians manager Terry Francona to the mound to remove Kluber after he threw 95 pitches through just 3⅓ innings. After the game, Francona said, “All day it was a fight for him … . So we tried to get him out of there because he had thrown a lot (of pitches) and they were high-intensity, just because there were so many men on base.”2

Reliever Joba Chamberlain intentionally walked the first batter he faced, Russell Martin. That brought Tulowitzki to the plate. Toronto’s shortstop drove a 2-and-2 pitch deep over the wall to the left of the left-field foul pole, just missing a grand slam on his bobblehead day. He eventually hit a fly ball that brought Donaldson home to increase the Blue Jays’ lead to 5-0. Chamberlain got Justin Smoak to hit a fly ball to left field to end the inning.

Happ was doing just what John Gibbons hoped he’d do, pitching masterfully and saving the bullpen. He allowed a double to Jason Kipnis in the first, then retired 11 Indians in a row, including striking out the side in the third inning. The next Cleveland batter to reach base was Carlos Santana, with a leadoff double in the fifth, but Happ retired the next three batters, leaving Santana stranded at third.

The Blue Jays bats exploded again in the sixth inning. New hurler Tom Gorzelanny walked the first two batters he faced, Saunders and Martin, bringing Tulowitzki to the plate. After just missing a home run in the fourth inning, this time the Blue Jays shortstop didn’t miss. After falling behind 0-and-2, Tulowitzki battled back to make the count full, and then blasted a ball deep into the left-field stands for a three-run home run. As the Toronto shortstop circled the bases on his bobblehead day, the 45,962 fans at Rogers Centre serenaded him by chanting his name and rhythmically clapping. Tulowitzki later said: “[Donaldson] was talking to me in the dugout, saying, ‘How did you do that? I could never hit a home run on my bobblehead day.’ … It makes it fun.”3

Toronto wasn’t done in the inning. With one down, Junior Lake walked, and consecutive singles by Barney, Carrera, and Donaldson brought home two more runs. The rally drove Gorzelanny from the game. He was replaced by Tommy Hunter, who was greeted by an RBI double by Encarnacion and RBI singles by Saunders and Martin. Before the side was retired, the Blue Jays had seven hits, three walks, and eight runs in the inning to make it 13-0.

Meanwhile, Happ was still dealing. He allowed an RBI single to Yan Gomes in the seventh, but was otherwise completely in control of the game. With the Blue Jays extending so many innings, the lefty told the Toronto Star, “The challenge with long innings is staying loose, but I’ll take that problem, if you want to call it a problem.”4

Francona turned to a position player, catcher Chris Gimenez, to pitch the final two innings and save the team’s worn-out bullpen. Gimenez became the third position player to pitch in a series that was clearly taking its toll on each team’s bullpens. Gimenez’s velocity in the game was clocked at between 65 and 82 miles per hour, and he joked that he was “throwing super changeups.”5 He was able to retire the Blue Jays 1-2-3 in the seventh inning, but the tide turned in the eighth. Donaldson doubled off the top of the fence, just inches from a home run, to lead off, and Encarnacion hit an RBI double down the left-field line. After Saunders flied out, Martin blooped a run-scoring single to right. Tulowitzki popped out but Smoak belted a two-run home run to right field to make the score 17-1. Commenting on the inning after the game, Gimenez joked, “Unfortunately, my career ERA of zero skyrocketed a little bit today.”6

With the Blue Jays clearly in the driver’s seat, John Gibbons pulled Happ after seven innings. The lefty had delivered for a team sorely in need of a stellar outing from a starter. He allowed just five hits and a run in seven innings of work, while throwing 101 pitches. He struck out 11 and didn’t walk anyone, before turning the ball over to Drew Storen and Aaron Loup to finish the game and give the bulk of Toronto’s overworked relievers a much-needed day off. The win made Happ the first Blue Jay to win 11 games before the All-Star Game since Roy Halladay accomplished the feat in 2008

A number of other Blue Jays also had big days. Donaldson was 4-for-4, with a double, two walks, four runs scored, and an RBI. Encarnacion went 2-for-5 with two doubles and two runs scored, and his three RBIs kept him in the league lead with 76. Martin finished with three hits, a pair of walks, and five runs driven in. But the player who really excited the crowd on this day was Tulowitzki, who had three hits, a home run, and four RBIs on his bobblehead day. The Blue Jays shortstop said he’d had three or four previous bobblehead-day games, but this was the first time he’d ever homered in one.7

After scoring just two runs in the first 28 innings of the series, Toronto’s bats had exploded for 26 runs in the final 16 innings to end Cleveland’s 14-game winning streak and take the final two games. After the blowout, manager Gibbons summed it up best when he succinctly stated: “We did a lot of good things today.”8