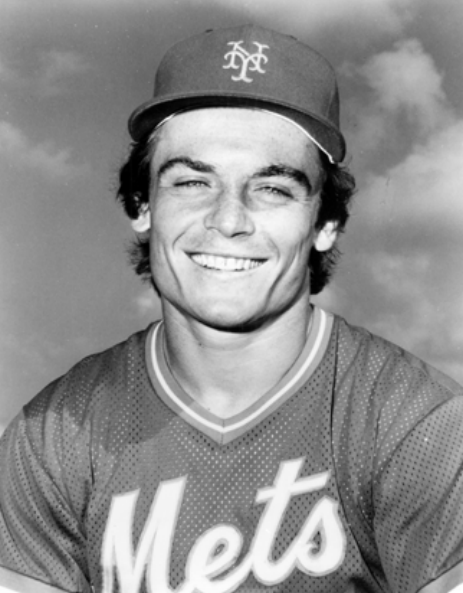 John Gibbons has seen a lot of ups and down in his career. A highly-touted prospect for the Mets, he was expected to be their future catcher, but a lack of production and the acquisition of Gary Carter stood in the way. Gibbons became a major-league manager for the Toronto Blue Jays, but mediocre success and publicized fights with his players led to his dismissal. He was rehired as the manager of the Blue Jays and finally broke through in 2015, when he managed the Blue Jays to the American League Championship Series. Throughout his career, Gibbons determined to succeed while staying true to his roots.

Gibbons’ high-school baseball coach, Syl Perez, said, “John has never been full of himself. Just the fact that we still have a relationship 33 years later indicates he’s never forgotten where he came from.”3 His best friend said: “Look at John, major-league status, manager, still the same guy.”4 Describing himself as “a normal guy,” Gibbons said, “I’m not too fascinated by myself.”5 The simple approach to the game and to himself made Gibbons the second-winningest manager in Blue Jays history.

Gibbons was assigned to Kingsport of the rookie-level Appalachian League, along with fellow Mets firstround selection Darryl Strawberry. Gibbons caught in 34 games, the most of any catcher on the team, and batted.276. For the 1981 season, he was promoted to Shelby of the Class-A South Atlantic League., where his batting average plunged to .189.

Gibbons stayed with Jackson as the starting catcher in 1983, and posted career bests in offense and defense up to that point. He batted .298 and posted solid defense, with a.982 fielding average. This was enough to promote him to Triple-A Tidewater for the International League playoffs. He went 3-for-5 (including two doubles) during Tidewater’s march to the league title.9 His 1983 production earned Gibbons a spot on the Mets’ 40-man roster.10 Manager Davey Johnson thought Gibbons needed a full year at Triple A, but a “desperate”11 catching situation forced Gibbons onto the 1984 Mets. By mid-March Johnson seemed to change his mind on Gibbons, saying, “He’s mentally mature, with a lot of heart and a lot of drive.”12 Gibbons’ offense, his ability to call a game, and his past performances earned him the chance. Fellow rookie Dwight Gooden was a supporter as well, saying of Gibbons after a spring-training game, “He calls a good game. I didn’t have to shake him off much, maybe once.”13

Gibbons was still considered to be the catcher of the future when the Mets acquired All-Star Gary Carter from the Montreal Expos in December 1984 in a package deal that sent Mike Fitzgerald to Montreal.17 Gibbons went into spring training in 1985 hoping to be Carter’s backup,18 but the Mets brass decided that he would benefit from being the everyday starter in Tidewater.19 Davey Johnson said, “I like John Gibbons, but he may be too young to sit around (backing up Gary Carter).”20 Gibbons took the news of the Carter acquisition in stride. “I was frustrated when I heard we got Carter, but you can’t get ticked off when it’s the best catcher in baseball. I’ve got something to prove, coming off a tough year. I want to be here, but I know I need the work.”21 Once again, the “catcher of the future” showed his potential, his solid defense, and decent hitting. This time, though, the Mets would not call him up in September.

In 2002 Gibbons returned to the major leagues as the bullpen catcher for the Toronto Blue Jays. When manager Buck Martinez was fired in June and replaced by third-base coach Carlos Tosca, Gibbons was promoted to first-base coach. He held that positon through 2003 and until August 8, 2004, when Tosca was fired and Gibbons was named interim manager. (This was not the first time Gibbons had managed the Blue Jays. He filled in for Tosca in two games in May 2003 when Tosca’s daughter was graduating, and for a game in September 2003 when Tosca was suspended for his actions toward an umpire. The Blue Jays won all three games.) Gibbons went 20-30 for the rest of the 2004 season. On October 4, 2004, Toronto general manager J.P Ricciardi (a teammate of Gibbons at Class-A Shelby in 1981) named the 42-year-old Gibbons the permanent manager.24