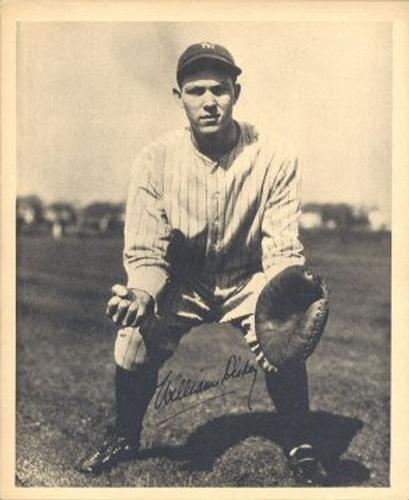 It may have come as a surprise to some that the New York Yankees had been missing from the fall classic for three seasons. The Philadelphia Athletics, who were called the Mackmen in tribute to club owner/manager Connie Mack, won three straight pennants from 1929 to 1931, and the World Series the first two of those years. That span matched the success of the Murderers’ Row Yankees from 1926 to 1928. Still, it’s the Bronx Bombers who are showered with adulation as the greatest team ever to play between the white lines.

The 1932 season for the Yankees was different. For one thing, the team was a mix of players from those great nines along with some new faces. The left side of the infield, Joe Sewell and Frank Crosetti at third base and shortstop respectively, had replaced Joe Dugan and Mark Koenig. Ben Chapman was now a corner outfielder along with Babe Ruth after Bob Meusel departed the Bronx in 1929. Lefty Gomez and Red Ruffing were relatively new additions to the Yankees’ pitching staff. For another thing, the Yankees were running asway with the AL race.

But maybe the biggest difference was Bill Dickey as catcher. The Bastrop, Louisiana, native broke into the starting lineup in 1929 and was a fixture in the New York lineup for the next decade.Perhaps the greatest compliment to Dickey came from a fellow member of the Hall of Fame.“Bill Dickey is the best (catcher) I ever saw,” said Cleveland pitcher Bob Feller. “He was as good as anyone behind the plate, and better with the bat. There are others I’d include right behind Dickey, but he was the best all-around catcher of them all. I believe I could have won 35 games if Bill Dickey was my catcher.”1

As for the Fourth of July holiday, in those days folks celebrated with picnics, fireworks, and baseball doubleheaders. All eight teams in the American League were scheduled for twin bills. The Yankees were in Washington to face the Senators at Griffith Stadium. The doubleheader was the sum of the games to be played: a two-game series.

The pitching matchup for the twin-bill opener featured Gomez (14-1, 3.43 ERA) for New York and Monte Weaver (9-5, 44.04 ERA) for Washington. Gomez was particularly impressive. He was on an 11-game winning streak, with his last loss coming on May 2. That game was played at Griffith Stadium against these same Senators. Weaver was in his first year as a starter for Washington. His record may have been more modest than Gomez’s, and his performance thus far in 1932 had been streaky. Weaver had started the season by winning four games in a row, then lost four in a row, then won five straight before losing his last time out.

New York jumped all over Weaver in the top of the first inning. The first three batters, Earle Combs, Joe Sewell, and Babe Ruth, singled, with Ruth’s hit driving in Combs. Lou Gehrig followed with a double, and Sewell scored. Tony Lazzeri’s infield single loaded the bases for Dickey. The Yankee catcher lifted a fly ball to center fielder Dave Harris to score Ruth and New York led 3-0 after a half-inning.

Gomez sailed along until the bottom of the fourth inning. Washington drew closer when Heinie Manush singled and rode home on Joe Cronin’s sixth home run, into the left-field bleachers.

Weaver settled down after the first inning. He kept the Yankees off the scoreboard and waited for his team to add to their two runs. And they did just that in the bottom of the seventh inning. Carl Reynolds and Wes Kingdon led off with singles to right field, Reynolds taking third base. Roy Spencer fouled out to Sewell at third. John Kerr batted for Weaver. On a pitch from Gomez, Bill Dickey fired the ball to third in an effort to pick Reynolds off. His throw struck Reynolds and rolled to the stands. Reynolds took off for home, Sewell raced to retrieve the ball. Reynolds and the baseball arrived at Dickey at the same time. Reynolds smacked into Dickey and was called safe as Dickey dropped the ball.2

The collision between Reynolds and Dickey was a hard one. Dickey, who had been knocked out the day before in Boston in a similar play, jumped up and punched Reynolds in the jaw. Home-plate umpire George Hildebrand and the onrushing players got between the two players. Reynolds was not moving much; Dickey’s punch resulted in a double fracture to the right fielder’s jaw.

Hildebrand threw both players out of the game. Dickey was charged with an error on the play for dropping the baseball.

Kingdon took third base on the play and scored on a fly ball by Kerr. The Senators now led 4-3. They scored another run in the eighth inning when Gomez walked Cronin and Harris doubled him home.

Washington completed the sweep with a 12-6 pasting of the Yankees in the second game. Lloyd Brown (12-3) went the distance for the win and Manush was the hitting star. He went 3-for-5, including his 13th home run, drove in four runs and scored three runs.

In the aftermath, Washington owner Clark Griffith called for Dickey to be suspended for as long as Reynolds was out of the Senators lineup. AL President Will Harridge didn’t quite go that far, but nonetheless handed Dickey a 30-game suspension and a fine of $1,000. The Yankees on July 4 led the Athletics and Tigers by 7½ games. When Dickey came back, on August 4, New York still led Philadelphia by seven games as they were able to hold serve with Arndt Jorgens behind the plate. New York won the pennant and swept the Chicago Cubs in the World Series.

Reynolds returned on August 13, at home against the Yankees. He came into the game batting.301 and ended the season batting.305. Reynolds and Brown were dealt to the St. Louis Browns in the offseason. The Senators, who picked up Goose Goslin as part of the deal, won the pennant in 1933.

Years later, Bill Dickey, commenting about the fracas, said, “I never was so sorry about a thing in my life. It seems that the Senators had shouted to Carl to return and touch the plate. There had been bad blood between the two clubs. I thought he was coming back to strike me. I struck first. That tells the whole story. I felt terrible about what I’d done and deserved the punishment, which was considerable.”3

The author accessed Baseball-Reference.com for box scores/play-by-play and other data, and Retrosheet.org.