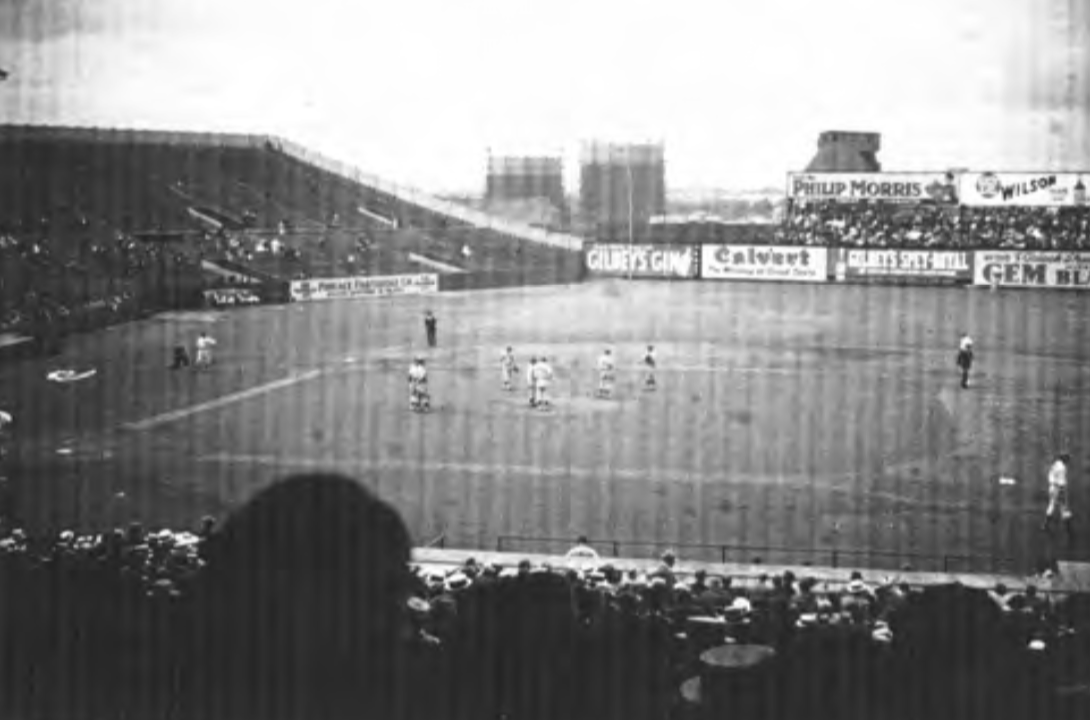 Bob Quinn owned the Boston Red Sox from 1923 into 1933. In 1936 he became president of the Boston Braves and renamed them the Bees, changing the name of the ballpark from Braves Field to National League Baseball Park. More imaginative locals called the place the Beehive. Some continued to call it Braves Field. African American journalist Doc Kountze paid Quinn a visit in 1938, and Quinn foresaw the end of segregation in baseball. The two, wrote Kountze later, “talked about bringing Colored teams to Braves Field in order to help break the color line and make Boston take the lead, as the Cradle of Liberty should.”1

In Kountze’s March 12, 1938, column in the Boston Chronicle, he wrote, “Negro major league baseball stars will cut capers on the green sodded diamond of a Boston ball park this coming season of 1938 and against Boston’s own popular Royal Giants, probably featuring for the last time the Eastern famous battery of Jackman and White.”2 It was the Giants’ catcher/manager Burlin White who told Kountze of the plan, which was expected to feature his batterymate Will “Cannonball” Jackman playing against Satchel Paige and the Pittsburgh Crawfords; alternatively, teams under consideration as opponents included the Homestead Grays and the New York Black Yankees.

One way or the other, Kountze said, the proposed game “will be a test and a challenge for the colored Baseball fan of New England. If well supported it will mean the debut of a new era in colored baseball and will establish here in Boston a definite proof of our numbers in regards to impressing our two major league club managers, one of whom has said that the Negro baseball attendance in Boston is far too low to impress club owners here. … The entire success of the proposed venture will largely depend on the loyalty of New England’s colored baseball following. It will be a test case of national significance; it will put Bronze Boston on the spot.”3

Arranging an opponent for White’s team proved difficult. At the end of April, as the Royal Giants’ season was getting under way, Kountze wrote of White’s background in the game, a catcher who’d played black ball even before Rube Foster and C.I. Taylor organized Negro League Baseball. “Here in the Hub,” he wrote, “we have a veteran still carrying on their great Spirit. We hope you fans will support Burlin this year – especially at Braves Field.”4 As late as the end of June, the game scheduled with the Crawfords was canceled when Satchel Paige’s contract was reportedly sold.5

Instead of facing the Homestead Grays or another Negro Leagues team, the bearded barnstorming House of David team was welcomed as an opponent and the game set for 3 P.M. on July 6. The Benton Harbor, Michigan, House of David team had been to Braves Field before, in August 1932, to play the Braves themselves. The House of David was a religion-based ballclub and they frequently toured at the time in tandem with Negro League teams, sometimes showing up in communities without letting those communities know of their traveling companions until it was pretty much too late for local hosts who might wish to cancel, and then telling them, “After the games, they’re going to eat in the restaurant with us and then stay in the same hotel as us.”6

When Burlin White’s team played at National League Park, it was “the first time a Negro nine has ever played in a Boston major league park.”7

The game was a good one, not decided until the bottom of the ninth. Pitching for the Boston team (called the “Royal Giants” in Boston’s black newspaper, the Chronicle, but called the “Colored Giants” in the Boston Globe and the “Royal Colored Giants” in the Boston Post) was Will Jackman. The House of David featured left-hander Remo Cicone. None of the newspapers provided the attendance, but the Chronicle wrote that “the play of the colored boys incited ovations of appreciation.”8

The Giants scored first, in the bottom of the third. Jackman reached on an error by the second baseman. Shortstop Bud Tyrance rolled out, but then first baseman King Tut “smashed a hit to left scoring Jackman after catcher Henville dropped a perfect peg to home by Lokey in a close and thrilling play.”9 Burlin White’s single to left-center let Tut take second and then Rabbit Tucker, the Giants’ second baseman, “scored the King on a clean blow to right.”

The House of David team took the lead in the top of the fifth, with Cicone doubling off the right-field wall to lead off. Mittman walked and both Rea and Vann made hits, Vann’s a double. It was 3-2 in the visitors’ favor.

In the bottom of the sixth, Burlin White “looped one into left” but two outs followed. Spike Corbin, from Cambridge’s Rindge Teach and West Virginia State, hit a “screaming double down the third base line” that scored White to tie the game. The Globe called center fielder Corbin’s hit a “wicked single.”10

It was 2-2 in the bottom of the ninth. Giants left fielder Babe Robinson beat out an infield grounder and Jackman sacrificed him to second. Tyrance was walked intentionally. King Tut flied to center field – but Mittleman dropped the ball. Robinson had to hold at third. The bases were loaded and Burlin White came to bat. He “hit a sharp grounder to shortstop Pierce, who booted the ball, permitting the winning run to cross the plate.”11

Jackman hadn’t walked a batter, struck out four, and held the House of David team to nine hits.12 Cicone struck out seven, but allowed 12 hits and, of course, the winning run.

In a look back a week later, Kountze quoted a “white veteran fan who saw Jackman pitch” as saying his underhand slants were better than Elden Auker of the Detroit Tigers. “Jackman looked like a major leaguer out there on the same hill used by Lou Fette, Jim Turner and Danny McFayden.”13 He also mentioned pitcher Johnny Taylor, who’d once squared off for 22 innings in a game against Jackman in Hartford, as believing Jackman “a smarter pitcher than Satchel Paige.”14

Gerry Hern of the Boston Post gave Kountze a ride to the El after the game and praised both Jackman and Burlin White, “who are both popular with Hub daily writers.” Kountze wrote, “I can still hear Burlin’s bull frog war chant that was audible all over Braves Field for nine full innings. Few catchers work as hard as does Burlin and he almost outplayed himself at Braves Field.”15

In preparing this book for the 100th anniversary of Braves Field, many understood there had been a game in 1938 featuring a Negro League team, but no one was able to track it down until the book was mostly completed. Thanks to Bob LeMoine, who located the game.

1 Doc Kountze, Fifty Sports Years Along Memory Lane (Medford, Massachusetts: Mystic Valley Press, 1979), 24. Quinn said he knew that major-league owners would have voted him down at the time if he had desegregated his own ballclub, but he predicted the change would happen first with the National League Braves (or Bees) before it did with the Red Sox.

9 Ibid. Tut was described by the Chronicle as “the colorful first baseman … of the famed Zulu Cannibal Giants.” His real name was Richard King and he also played for the Ethiopian Clowns. “He often appeared with an oversize mitt,” writes Bijan C. Bayne, adding, “He and ‘Spec Bebop,’ and ‘Goose’ Tatum, were the Meadowlark Lemons, Curly Neals, and … Goose Tatums of the diamond.” Email from Bijan C. Bayne on December 20, 2014.

10 There were a couple of relatively minor variances between accounts in the Boston newspapers.

12 The Post box score showed seven hits, but listed none for Cicone and only one for Pierce.

13Boston Chronicle, July 16, 1938. The correct spelling of the last-named pitcher is MacFayden.  It’s been written that “Jackman’s fastball was described as being faster than either Paige’s or [Bob] Feller’s and Will had big hands that completely wrapped around the ball, making his fastball seemingly explode out of nowhere.” James A. Riley, The Biographical Encyclopedia of The Negro Baseball Leagues (New York: Carroll & Graf, 1994), 411. After their playing days, both White and Jackman remained residents of Boston.

14Ibid. Paige finally appeared in uniform at Braves Field during the 1948 World Series, wearing a Cleveland Indians uniform. His only pitching against the Braves was two-thirds of an inning in Game Five, at Cleveland Stadium. Jackman was honored in July 1971 when Governor Francis Sargent declared “Will Jackman Day” in the Commonwealth of Massachusetts.