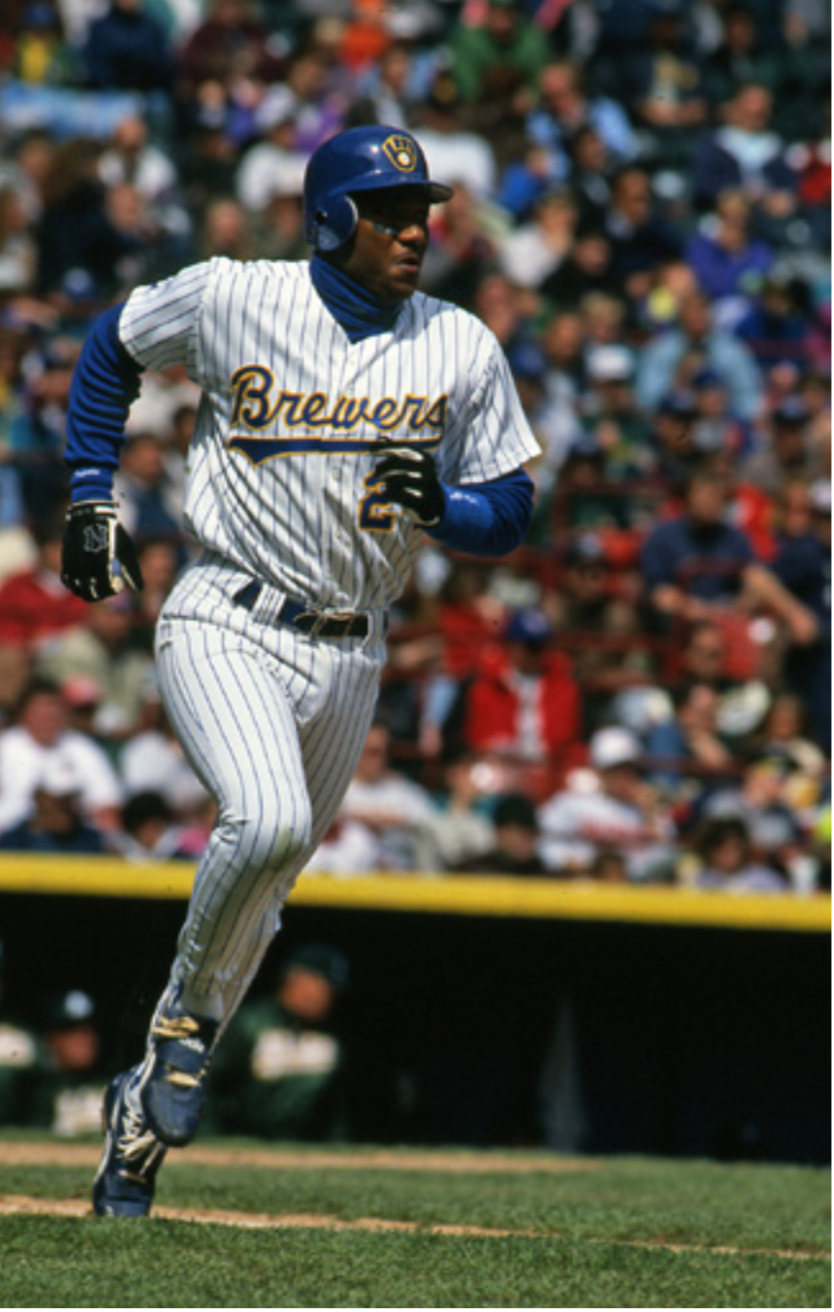 “We got seven runs early and felt we were in pretty good shape,” California Angels manager Doug Rader groaned. “We got pounded. It’s the worst one I’ve been in.”1

“It was one of those days that no matter what they threw, everything fell in for hits for us,” marveled the Brewers’ Jim Gantner.2

The Brewers had let one slip, 9-8 in 16 innings, to the Angels on Friday night, after tying the game with four runs in the eighth inning, and came up short again on Saturday, when they came from three runs behind to tie the game, only to lose, 4-3, in 11 innings.

Now, in front of a restless Sunday-afternoon crowd of almost 30,000, the Brewers had allowed the Angels to stake starter Bert Blyleven to a seven-run lead going into the bottom of the third inning in the final game before the All-Star break.

Bill Krueger, starting for Milwaukee, had struggled from the outset. Krueger, who had been moved into the starting rotation from the bullpen in mid-June, had been hit hard, surrendering all seven runs (five earned) on seven hits and a walk before being relieved by Tom Edens with two out in the third.

All in attendance might have suspected it was going to be an unusual afternoon when the Angels’ key hit in the inning was a two-run home run by the ex-Brewer Schroeder that failed to clear the fence. Schroeder’s liner to deep center field caromed off the metal screen at the top of the wall and dropped down behind the padding. Nobody could locate the ball, so umpire Jim Evans signaled a home run.

The Brewers finally put a run on the scoreboard in the bottom of the third inning on singles by B.J. Surhoff, Darryl Hamilton, and Jim Gantner, and Edens held the Angels scoreless in the fourth.

In the home half of the fourth inning, the listless Brewers suddenly sprang to life.

Despite a 7-5 record so far, the 39-year-old Blyleven was no longer a pitcher in his prime. He had been treated roughly in his last two starts, giving up seven runs in 5⅔ innings to the White Sox and five runs in a 4⅔-inning outing against the Blue Jays. Now, with the Brewers having narrowed the score to 7-4, Angels skipper Doug Rader elected to pull Blyleven and bring in Scott Bailes.

Hamilton proceeded to steal second and, after Bill Spiers popped out in back of home, Gantner singled again to score Surhoff and Hamilton, with Gantner advancing to second base on Dave Winfield’s unsuccessful throw to the plate. Gary Sheffield’s single between short and third scored Gantner and tied the game at 7-7.

When Bailes fell behind in the count to Yount, Rader went again to the bullpen. Greg Minton walked Yount (charged to Bailes), before managing to get Parker to ground to short to end the inning.

Edens retired the Angels with little fuss in the top of the fifth. Minton returned to the mound in the bottom of the inning for California.

Then came the deluge.

Brock led off with a single and stole second. After walks to Deer and Surhoff, Minton was pulled and Mike Fetters came in to pitch. Fetters, who had gained his first big-league victory in the previous night’s game, surrendered a single to Hamilton to put the Brewers ahead, 8-7. Spiers’ two-run single made it 10-7. Gantner followed with a two-run double and then Sheffield made it 13-7 with a single.

Yount drew a base on balls and Mark Eichhorn took the mound to replace Fetters. Eichhorn struck out Parker for the first out, but Brock, batting for the second time this inning, singled again, driving in Sheffield and advancing Yount to second. Deer popped out to third. Surhoff walked to load the bases. Darryl Hamilton then put the ball deep in the right-field seats for his second career home run and first grand slam, making the score 18-7.

The Brewers weren’t through. Spiers doubled. Ganter walked. Sheffield singled, scoring Spiers. Yount’s bouncer to second handcuffed Johnny Ray, giving Yount an infield single and scoring Gantner. Mike Felder went in to run for Yount. Finally, Parker popped out behind third base for the third and final out.

The Brewers had sent 18 batters to the plate — eight before making the first out — against three California pitchers in the 42-minute barrage. The 13 runs were a club record for a single inning, as were the 10 hits. Four players — Brock, Sheffield, Hamilton, and Spiers — had two hits in the inning.

There was little to be said for the remainder of the game. Having surrendered 20 unanswered runs in just two innings, the shell-shocked Angels managed only two singles the rest of the way. The Brewers coasted to a 20-7 victory, with Edens earning the win with 4⅔ innings of two-hit, scoreless relief.

The Brewers’ 20 runs set a team record for runs in a game, topping a 19-8 victory over Boston in 1980. It was also a record for the most runs scored against the Angels, who had never before given up more than 17.

Hamilton, who had come into the game with only five RBIs so far, drove in a club-record six, while Gantner batted in five. Surhoff tied a team mark by scoring four runs.

In an interesting sidelight to the game, Rader, his club down by 13 runs and his bullpen depleted, gave utility infielder Donnie Hill, who had pitched once in the minors, an opportunity to take the mound. On this afternoon, Hill bettered his teammates, walking one and striking out one (Deer) in holding the Brewers scoreless in the eighth inning.

“Doug [Rader] asked me if I could go and I said, ‘Yeah,’” Hill said after the game.4 “I just threw a whole bunch of change-ups. … I didn’t want to throw a fastball and get one of our infielders killed.”5