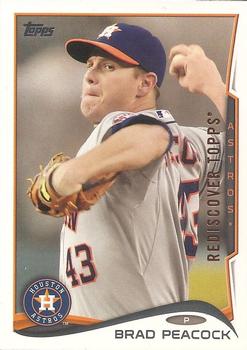 As the Houston Astros entered their final game before the 2017 All-Star break, they were setting new franchise records and dominating the American League for the first time since they joined the junior circuit in 2013. Their 59-29 record put them 15½ games up on the Texas Rangers in the AL West and had them nine games ahead of the Boston Red Sox in the entire AL; it was also five games better than the previous 89-game mark in club history, set in 1998. Additionally, their 32-11 road record topped the major leagues.

Houston had been fueled by great hitting and timely pitching, resulting in a team-record six players being selected to the midsummer classic: 2B Jose Altuve, SS Carlos Correa, OF George Springer, starting pitchers Dallas Keuchel and Lance McCullers Jr., and reliever Chris Devenski. On July 9 the Astros, perhaps channeling Bull Durham’s Nuke LaLoosh, appeared to “want to announce [their] presence with authority” by pummeling the Toronto Blue Jays, 19-1.1

Astros right-hander Brad Peacock, who had started the season in the bullpen, was making his ninth start. He had a 6-1 record, which already trumped his previous career high of five wins in 2013, and was riding a personal three-game win streak. The game began innocuously enough, with Toronto starter J.A. Happ working around two singles and a walk, thanks to a double play, in the top of the first. Peacock gave up a base hit in the bottom of the inning but also emerged from the frame unscathed.

Then the bottom fell out for Happ. In the second, leadoff batter Carlos Beltran struck out, but Yuli Gurriel stroked a line-drive home run over the left-field wall and Alex Bregman followed with a double. After Jake Marisnick became Happ’s second strikeout victim and Springer hit a grounder to Toronto third baseman Josh Donaldson, it looked as though Happ would escape the inning with only one run allowed. However, Donaldson overthrew first base. Springer was safe and Bregman scored. The Astros quickly made the Jays pay for that gaffe as Altuve and Correa smashed back-to-back four-baggers that gave the visitors a 5-0 lead. Correa’s blast was so emphatic that Jays left fielder Steve Pearce “did not take a step. He craned his neck to watch the ball hammer against the façade of the second deck.”2

Peacock, pitching “as if he could have blown the lead on one bad offering,” was not at his sharpest, and Toronto tried to ignite a two-out rally in the bottom of the third when Russell Martin singled.3 Donaldson followed with a line drive to deep left field that he tried to stretch into a double, but he was gunned down at second base by Marwin Gonzalez.

Happ also had trouble finding the strike zone and issued a leadoff walk to Bregman in the top of the fourth; Bregman then stole second. After Marisnick and Springer grounded out, Happ’s wildness returned and resulted in another base on balls, to Altuve. Once again Correa made Toronto pay for giving Houston extra opportunities as he lashed a single up the middle that drove in Bregman. Evan Gattis’s flyout ended the inning, and he was the last batter Happ faced. After allowing six runs (though only two earned) in four innings, Happ admitted, “I’m certainly disappointed. I wasn’t very crisp today and against that lineup especially, you need to be. So that was a bummer.”4 Although Happ was finished, the Astros were not.

In the bottom of the fourth, Peacock lost his control and it appeared that he might let the Jays back into the game. Justin Smoak drew a leadoff walk and, after Kendrys Morales flied out, Troy Tulowitzki and Pearce also received free passes to load the bases with birds. Houston’s hurler bore down and induced pop flies from Kevin Pillar and Ryan Goins to maintain the shutout. Peacock was relieved, later admitting that his loss of command was “unreal, I can’t explain it,” and adding, “Sometimes it just happens.”5 This was a fortuitous day for such a phenomenon to occur, since the Astros continued to score runs.

Former Astros pitcher Lucas Harrell entered the game in the fifth and escaped a jam of his own, stranding runners at second and third via a strikeout of Bregman and groundout from Marisnick. However, Harrell did not fare as well in the following inning when Springer and Altuve led off with consecutive singles. Correa fanned, his only out of the day, but Gattis hit Houston’s fourth round-tripper to increase the lead to 9-0. Harrell retired the next two batters, but he was replaced by Aaron Loup in the top of the seventh inning.

Peacock escaped one final precarious situation of his own in the top of the seventh. He issued his fifth walk of the game, with two outs, to Pearce, after which Pillar smashed a double. However, just as he had done in the fourth inning, Peacock induced a pop fly from Goins that ended the inning and, this time, his stint on the mound. The offensive support Peacock received led to his seventh win and rendered his struggles moot. He still had put up zeros on the scoreboard, prompting Correa to note, “He had a comfortable lead, and usually pitchers start getting sloppy and throwing pitches in the middle. He stayed composed.”6

The shoddy pitching, and all-around play, belonged to the team that was already trailing. Loup failed to retire any of the four batters he faced, although Donaldson’s second throwing error of the game on Bregman’s grounder was not his fault; Gurriel was already on base after being hit by a pitch when Bregman reached first on the miscue. Marisnick joined the hit parade with an RBI double and Norichika Aoki, pinch-hitting for Springer, singled to drive in yet another run. The fact that Ryan Tepera took over from Loup did not faze the Astros in the least. Altuve initiated him into the fray by slashing a base hit, and Correa topped off the inning with his second homer of the game to increase Houston’s advantage to 15-0. After this outburst, Tepera survived a walk and a wild pitch and then called it a day, probably agreeing with Astros first baseman Gurriel’s assessment that “[n]obody in the league is a better offensive team than we are.”7

Toronto fans were exasperated by this point and “began booing routine outs.”8 They had plenty to jeer as Astros reliever James Hoyt set the Jays down 1-2-3 in the bottom of the seventh, including swinging strikeouts of Miguel Montero and Darwin Barney (who was pinch-hitting for Donaldson). The eighth inning proved uneventful as Jeff Beliveau set Houston down in order for the first time since the third inning, and Francis Martes kept the Jays scoreless while working around a leadoff single in the bottom of the frame.

Joe Biagini took the hill in the ninth and soon found out what his fellow pitchers already knew — that it was not a good idea to give the Astros any quarter — after he walked Altuve and Correa to open the inning. Gattis followed with a double, after which Gonzalez drove in Houston’s 18th run with a single; Gonzalez advanced to second on a throwing error by Barney. The only thing left for the Astros to do was to try to tie, or break, the franchise record of 21 runs scored in a game.9 It was not to be, however, as Gonzalez advanced to third on Beltran’s groundout, after which Biagini unleashed a wild pitch that allowed him to scamper home with Houston’s 19th and final tally of the day.

Ezequiel Carrera spoiled the Astros’ shutout with a two-out solo homer in the bottom of the ninth. The sarcastic Toronto crowd cheered “as if he had just hit a walk-off homer to win the division.”10 Smoak put things in proper perspective for the Jays, observing, “I think any time you have a game like that, you try to flush it pretty quickly.”11

The Astros’ margin of victory was one run greater than the old team record, which had been set in an 18-1 rout of the St. Louis Cardinals on September 20, 2007.12 Houston manager A.J. Hinch exulted, “That was incredible. We never stopped.”13 In spite of the fact that some observers still doubted the Astros, as was evidenced by a July 10 news headline that read “The Astros are a playoff team, but not yet a World Series contender,”14 the 2017 team did not stop until it had won the first World Series in franchise history by defeating the Los Angeles Dodgers in a seven-game classic.

8 Buffery, “Astros Make Series Finale One to Forget for Jays.”

9 At the time this game was played, the Astros team record for runs scored was 21, which they had accomplished in a 21-5 victory over the Arizona Diamondbacks at Phoenix on October 2, 2015. However, the Astros set a new, and still current, team record in a 23-2 rout of the Baltimore Orioles at Camden Yards on August 10, 2019.

12 At the time this game was played, the 18-run margin of victory was the largest in team history. However, the 2019 Astros exceeded that margin twice: the 21-run margin in their 23-2 victory over the Orioles on August 10 is the current team record, and they also registered a 20-run margin in a 21-1 defeat of the Seattle Mariners in Houston on September 8.

14 Neil Greenberg, “The Astros Are a Playoff Team, but Not Yet a World Series Contender,” washingtonpost.com/news/fancy-stats/wp/2017/07/10/the-astros-are-a-playoff-team-but-not-yet-a-world-series-contender/?noredirect=on&utm_term=.67a2f15fd2ba, accessed May 22, 2018.