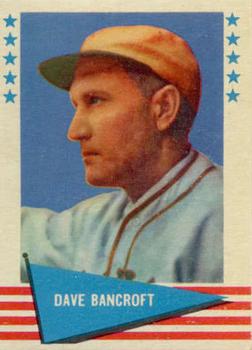 After three consecutive seasons of finishing in second place in the National League, the 1921 New York Giants captured the pennant.1 The Giants began the season by splitting their first 12 games and then won 19 of 26 from April 30 to May 28. Further, they were victorious in 16 of 20 games played at the Polo Grounds during that stretch, a definite home-field advantage. Despite this success, the “local gladiators”2 had gained no ground on the league-leading Pittsburgh Pirates. A five-game series against the seventh-place Philadelphia Phillies (12-21) was scheduled before New York traveled to Forbes Field to take on the Pirates in a much-anticipated four-game showdown.

The Giants concluded the home series with a June 1 doubleheader, after having won two of three from the visiting Phillies. According to the New York Times, the “Phillies looked like a weak and feeble lot in their two-act affair with the Giants.”3 New York won the first game, 9-2, as right-hander Rosy Ryan dominated in a complete-game performance, scattering eight hits (seven of them were singles), walking none and striking out two. New York first baseman George “High Pockets” Kelly smacked his ninth home run of the season into the left-field bleachers, tying him for the league lead with Philadelphia slugger Irish Meusel.

In the second game, John McGraw named southpaw Rube Benton as his starter. Benton was making his fifth start of the season and brought a 3-1 record and a 1.49 earned-run average into the contest. Philadelphia skipper Bill Donovan countered with George Smith. Smith had started the second game of the May 30 New York-Philadelphia doubleheader, but he had retired only four batters, allowing four earned runs on a single, two triples, and a home run. He was making his eighth start (and 11th appearance of the season), still in search of his first win.4

The Phillies scored twice in the top of the second, “aided and abetted in this transaction by a slice of loose playing by the Manhattan infield.”5 After Benton retired both Russ Wrightstone and Ralph Miller, Cy Williams grounded a ball to Giants shortstop Dave Bancroft, who fumbled the ball for an error.6 Cliff Lee laced a triple to left field, and Williams scored. John Peters shot a grounder to third baseman Goldie Rapp, who threw the ball away for the second Giants error of the inning and Lee scored easily. Both Philadelphia runs were unearned.

New York struck back in the bottom of the third. After Benton fanned, George Burns grounded a ball to shortstop Ralph Miller, whose throw to first was wild, allowing Burns to take second. Bancroft, who had singled in his first at-bat in the first inning, now “bombarded the collar sign in right-center,”7 over the head of right fielder Lee, and legged out an RBI triple.

The Giants tied the game in the next inning. Curt Walker touched Smith for a one-out single up the middle. Rapp popped a hit just beyond first base and advanced to second before the ball could be returned to the infield. Earl Smith flied out to center fielder Williams, and the ball was deep enough for Walker to tag and score.

In the bottom of the fifth came “the nailing of the trophy to the wall.”8 The Philadelphia Inquirer reported that Smith “collapsed like a ton of bricks.”9 Benton helped his own cause with a double to deep center to start the inning. He advanced to third on a groundout by Burns. Bancroft then “gave the sphere as long a ride as the right field fence would allow”10 and sprinted around the bases, sliding across home plate for an inside-the-park home run. This was his first round-tripper of the season. He had run so hard that when he entered the dugout, he actually fainted on the bench. Frankie Frisch dribbled the ball in front of the plate and reached on a throwing error by catcher Peters. Frisch kept running, stopping at third base. Ross Youngs doubled to right, scoring Frisch. This was the end for George Smith. Manager Donovan called for Stan Baumgartner to enter in relief. Baumgartner had also appeared in the second game of the May 30 doubleheader. Kelly greeted the left-hander with a double to left to score King. An out later (with Kelly now at third base), Rapp hit an RBI single, bringing in Kelly. The Giants had scored five runs (three earned) on five hits. New York sent nine men to the plate, extending the fifth inning long enough for Bancroft to be revived. He refused to quit and returned to the field for the top of the sixth.

The Giants scored their final run in the bottom of the sixth. With two outs, Burns popped a ball into the no-man’s land between the shortstop, left fielder, and center fielder. Ralph Miller actually reached out for the ball, but it popped out of his glove and Burns was awarded a single. Burns then stole second base and scored on Bancroft’s double to left. The Giants now led 8-2.

Through eight innings, Benton had allowed just two hits, a single in the first and a triple in the second. In the final frame, McGraw inserted Pat Patterson to play shortstop, taking Bancroft out of the game. Johnny Rawlings reached when Patterson couldn’t handle a groundball, which resulted in the third Giants error of the game. Red Causey entered as a pinch-runner. Dots Miller forced Causey at second for the first out of the inning. Miller advanced to second on defensive indifference. Meusel singled into the hole at short, and Miller moved to third. Wrightstone grounded a ball to second, and Frisch tossed the ball to Patterson for a force out, but Dots Miller scored. With Ralph Miller now batting, Wrightstone “ran down to second and third without drawing a throw,”11 two more instances of defensive indifference. After he walked Ralph Miller, Benton retired Williams on yet another infield grounder for the final out of the game. Benton had pitched a complete game, issuing three hits and three unearned runs. He picked up his fourth win, while George Smith dropped to 0-5.

Bancroft “had a lot to do with the downfall of Smith.”12 The former Phillies shortstop had completed hitting for the cycle before the end of the sixth inning. His 4-for-4 performance resulted in an 18-point surge to his batting average, and his slugging percentage shot up from .312 to .367. For the 1921 season, Bancroft batted .318 and slugged .441, as only 47 of his 193 base hits went for extra bases.

Despite making an error in this game, Bancroft helped turn a double play in the fourth inning. The future Hall of Fame shortstop was the second major leaguer to hit for the cycle in 1921, following Bob Meusel of the New York Yankees, who accomplished the feat on May 7 against the Washington Senators.13 After Bancroft, St. Louis Browns star George Sisler (August 13 against the Detroit Tigers — it was the second time in Sisler’s Hall of Fame career that he hit for the cycle) and Pittsburgh Pirates outfielder Dave Robertson (August 30 against the Brooklyn Dodgers) each collected the four hits (single, double, triple, and home run) necessary for the cycle.

Bancroft became the ninth player in Giants franchise history14 to hit for the cycle. He accomplished the rare event just a season after teammate George Burns (who hit for the cycle on September 17, 1920) and a season before teammate Ross Youngs (April 29, 1922).

In addition to the sources mentioned in the Notes, the author consulted Baseball-Reference.com, MLB.com,Retrosheet.org and SABR.org.

1 The Giants defeated the New York Yankees in the World Series, 5 games to 3.

13 This was Meusel’s first career cycle. He followed it up with two more in his career: on July 3, 1922, against the Philadelphia Athletics, and on July 26, 1928, against the Detroit Tigers.