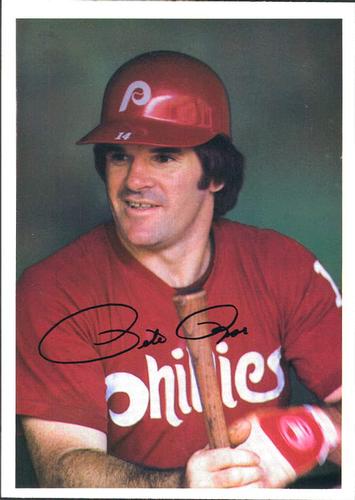 A marquee matchup was scheduled on June 10, 1981, with the Houston Astros in town to face the Eastern Division-leading Philadelphia Phillies. The two teams, which met in the NL Championship Series in 1980, were playing at Veterans Stadium in Philadelphia on that Wednesday night.

Several headlines dominated the festivities. First, barring a last-minute settlement, a players’ strike was scheduled to begin on Friday. Second, the pitching matchup was Nolan Ryan of the Astros, going for his sixth win of the year, facing Steve Carlton of the Phillies, going for his ninth. Finally, the biggest headline of the night was Pete Rose of the Phillies hoping to get the two hits he needed to pass Stan Musial as the National League’s career hits leader.

A throng of 57,386 was crammed into Veterans Stadium. Were they hoping to see Rose get the hits he needed to exceed Musial’s 3,630 hits or to see two future Hall of Fame pitchers and two championship teams face off against each other? Ryan had his take on the night: “There were 50,000 people out there. They didn’t come to see Nolan Ryan pitch. They came to see (Rose) break the record. Off Nolan Ryan.”1

Initially the focus was all on Rose as he got a base hit to left-center on a 2-and-1 fastball his first time up to tie Musial’s record. As it turned out, that was the only hit the Phillies had in the first 7⅔ innings. Now the focus turned to Ryan. He was able to strike out Rose in his next three at-bats. In the first at-bat, Ryan threw three straight fastballs. Rose never took the bat off his shoulder and he was out. In Rose’s next at-bat the count went to 2-and-2 before he fouled off a couple of pitches. Rose had seen nothing but fastballs since his hit, but now Ryan broke off a curve that froze Rose for a called third strike. Rose said, “I can hit the curveball as good as anybody but I couldn’t hit that one.”2

In his last at-bat of the night, Ryan overpowered Rose with a 1-and-2 fastball for strike three. It was Ryan’s eighth strikeout of the night and it was the second out of the Phillies eighth. The strikeouts were only the season’s ninth, 10th, and 11th for Rose. Luis Pujols, the Astros’ catcher, said, “Nolan had good stuff and he beat Pete tonight.”3

With all the focus on the individual Rose/Ryan matchup, there was also a duel developing between the two teams. Carlton was pitching a good game for the Phillies, but two bad pitches had the Phillies down 4-0 after Rose’s third strikeout. Jose Cruz hit a hanging slider for a home run in the fourth and Tony Scott lined a misplaced fastball down the right-field line for a two-run double in the seventh. After the Astros tacked on another run in the eighth on a sacrifice fly by Art Howe , the score was 4-0 and with the way Ryan was pitching, things were not looking good for the home team. Believing that the Phillies had no chance, people started heading for the exits trying to beat the rush home.

After Rose struck out for the third time, Phillies manager Dallas Green sent John Vukovich up to hit for Luis Aguayo in the bottom of the eighth inning. He poked a single through the middle for the Phillies’ second hit. That was the end of the night for Ryan. Maybe the battles with Rose wore Ryan down but he ended up leaving the game with a stiff back and was replaced by Frank LaCorte. The pitching change was what the Phillies needed; they had a new lease on life and the bats came alive. Gary Matthews drove in Vukovich with a double, Mike Schmidt walked and Dick Davis drove in Matthews with a single.

Now the score was 4-2 and the momentum had switched to the Phillies. Ramon Aviles ran for Davis and Garry Maddox stepped to the plate. In the previous year’s National League Championship Series, Maddox faced LaCorte in Game Five and had the game-winning double that sent the Phillies to the World Series. Would history repeat itself? LaCorte threw a curve on the first pitch that Maddox fouled. The next pitch was a low inside fastball that Maddox didn’t miss. It soared over the Phillies bullpen for a three-run homer and just like that the Phillies had the lead, 5-4. Mike Proly started the ninth for the Phillies but after he gave up a hit to pinch-hitter Harry Spilman, Tug McGraw was summoned. Terry Puhl popped up to shortstop for the second out and just as in the previous year’s playoff game, McGraw struck out the last batter, Tony Scott, to end the game.

As predicted, the baseball strike began two days later, but the fans realized they witnessed a special game. Rose tied Musial’s record but because Ryan was so dominant, he had to wait until August to eclipse the mark. Carlton pitched through the eighth and got his ninth win of the year. McGraw did his magical jump off the mound after striking out Scott to end the game.

There has always been a discussion as to whether baseball is a team game and how the individual matchup of the pitcher vs. the batter fits within this concept. The headlines billed this particular game as a team game (Phillies vs. Astros) as well as an individual matchup (Rose vs. Ryan). Mark Anater skillfully responded to the question with the following: “Baseball is a team sport, since the game is contested by two groups of players who take turns on offense and defense. It is unique among team sports in that the main action takes place between one player from each team, the pitcher and the batter.”4 As I watched this game from the upper deck behind home plate, I focused on the Rose vs. Ryan matchup, yet when I left the ballpark I realized I had witnessed a great game between two stellar teams.

4 Mark Anater, “Is Baseball a Team Sport in the Same Sense That Football, Hockey and Basketball Seem to Be Team Sports?” quora.com, December 24, 2017.