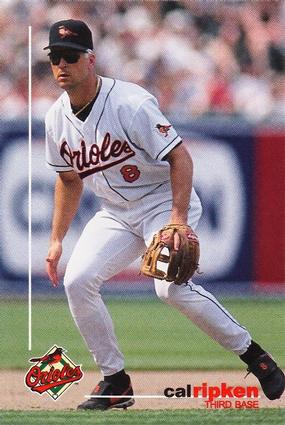 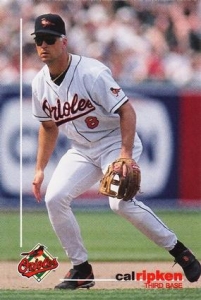 Cal Ripken Jr. was hurt and grieving and, for perhaps the first time in his entire life, no one was quite sure what to expect when he stepped on the baseball field during his 19th major-league season.

The Baltimore Orioles’ “Iron Man” had voluntarily ended his record-setting streak of 2,632 consecutive games played near the end of the 1998 season, shattering Lou Gehrig’s historic mark by more than 500 games and establishing a legacy of consistent excellence that made him an idol to fans in every city.

Now, just a few months after quietly ending The Streak, the 38-year-old body that Ripken had willed into every Orioles game since 1982 began to betray him. In mid-April 1999, his ailing back placed him on the disabled list for the first time in his career and he was forced to fend off rumors of retirement. When he did make it onto the field, he fell in a deep slump, hitting just .247 with four home runs through the end of May.

Worst of all, the death of his beloved father from lung cancer during spring training had left the whole Orioles organization reeling. Cal Ripken Sr. had spent nearly four decades as a minor-league instructor, coach, and manager with the Orioles, including skipper with the big-league club for parts of two seasons. The Ripken family, including Cal Jr. and his brother Billy, embodied “The Oriole Way,” the multi-generational recipe for success that had brought the franchise three World Series crowns and six American League pennants.

Ripken and the Orioles had been to the AL Championship Series twice in the mid-1990s, but fell on hard times by the end of the decade. Under manager Ray Miller, Baltimore was in last place, 11½ games behind the division-leading New York Yankees, by the time they gathered in Atlanta on June 13, 1999, for a nationally televised series finale versus the first-place Braves.

The slumping Ripken was penciled in to the lineup – not a stone-cold certainty anymore – and ever with a flair for the dramatic, he responded with the finest game of his career as the Orioles routed the Braves, 22-1, on ESPN’s Sunday Night Baseball in front of a crowd of 45,738 at Turner Field.

Ripken’s 6-for-6 performance, and his first two-homer game in three years, showed that even if he was slowing down, he still had a little more “Orioles Magic” left in him. It was the first time any Baltimore Orioles player had recorded six hits1or scored five runs2 in a game. A display of such offensive firepower against future Hall of Famer John Smoltz and the pitching-rich Braves made the night even more special.

The only thing that went wrong for the Orioles on this night was when Brady Anderson walked to lead off the game and was promptly picked off first base by Smoltz. For the Braves, it was all downhill from there. Baltimore scored five times in the first inning on an RBI single by Albert Belle, a run-scoring double by Will Clark, and Ripken’s three-run blast that soared past the left-field foul pole.

In Ripken’s next at-bat, he singled to right field, knocking out Smoltz after 2⅓ innings and seven runs allowed. Delino DeShields followed with an RBI single to score Clark and give the Orioles a 7-0 lead after three innings.

The Orioles kept up the onslaught against reliever Justin Speier, scoring four more runs in the fourth, highlighted by Clark’s third double of the game and Ripken’s two-run homer to deep left field. Ripken’s second home run was the 391st of his career.

Baltimore ace Mike Mussina, who threw seven solid innings of one-run ball, was the beneficiary of his teammates’ largesse at the plate, but he also made his own contributions with the bat with two hits and three RBIs. In the fifth, he smacked an opposite-field double over the head of Braves left fielder Ryan Klesko to score Charles Johnson, the first extra-base hit by an Orioles pitcher since 1972 in the final regular-season game before the American League added a designated hitter. Mussina turned to umpire Brian Gorman and said, “No one is more surprised than I am.”4 He came around to score on B.J. Surhoff’s double to make it 13-1.

The Braves’ league-leading pitching staff could not stop the Orioles’ bats no matter who was on the mound. Will Clark added his fourth extra-base hit in the sixth inning with a solo home run off Kevin McGlinchy. Ripken followed with a single and scored on Johnson’s home run. In the seventh, the Orioles sent nine batters to the plate against Russ Springerand scored four more runs, highlighted by Ripken’s RBI double and Mussina’s two-run single. That pushed their lead to 20-1, the first time the Orioles had ever scored 20 runs in a game.5

“I tell you what, that was a shellacking,” Braves right fielder Brian Jordan said. “We played like the Bad News Bears all weekend.”6

With the game already well in hand, Ripken came to the plate in the ninth inning and received a hearty cheer from the home fans in Atlanta. The few thousand partisans still in the stands delivered an even more rousing ovation for Ripken after he connected on a Rudy Seanez fastball for a single to left field, completing his 6-for-6 night.

“I was just trying to stay focused and stay in a groove,” said Ripken, who raised his batting average by 30 points in one night. “You always try to get a hit every time you go to the plate.”7

Only hitting coach Terry Crowley said he had an inkling that Ripken might be due for a big game. He noticed a difference in Ripken’s swing during batting practice.

“The sound of the bat meeting the ball was special,” Crowley said. “Cal was surprised because he said he didn’t really feel he was all that locked in, but I really felt that he was.”8

Ripken said his trip to the disabled list gave him an opportunity to clear his head following his father’s death, in addition to resting his aching body.

“With the benefit of hindsight, the disabled list was good for me,” he said. “With losing my father, it turned out to be a really good time to heal mentally. I had a little bit of a break from the baseball action and I distanced myself from the ballpark.”9

Ripken’s 13 total bases (which tied a team record that he already shared) and Will Clark’s 10 made them the first Orioles teammates to post double digits in a single game and only the ninth duo to do so in American League history.10 Ripken remained in a groove for the rest of the season, hitting a career-high .340 and reaching a milestone with his 400th home run before back surgery ended his year prematurely.

The Braves’ 22-1 loss was their most lopsided since the franchise moved to Atlanta,11 but they rebounded to win the NL East for the fifth year in a row, ending the regular season with their own blowout win, 18-0 over the Florida Marlins. Atlanta went on to capture its fifth National League pennant of the decade, but the Braves were swept in the World Series by the New York Yankees.

1 Two St. Louis Browns players also had six-hit games before the franchise moved to Baltimore: George Sisler in 1921 and Sam West in 1933.