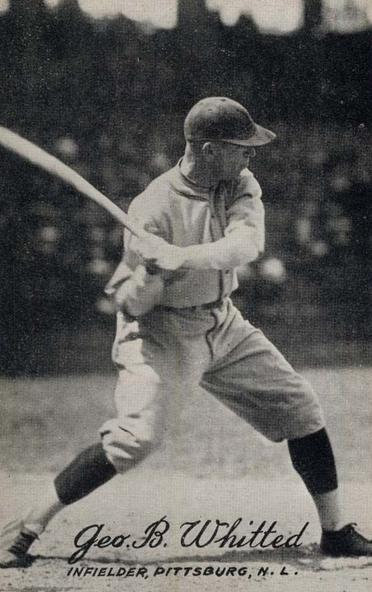 The Philadelphia Phillies won the National League pennant in 1915, finished in second place in 1916 and 1917, and then plummeted to sixth place in 1918 and to last place in 1919, 47½ games behind the first-place Cincinnati Reds. “We’re not a last-place club,” asserted Phillies manager Gavvy Cravath in the spring of 1920.1 Yet the Phillies were in last place on June 7, 1920, when owner William Baker sold Dave Bancroft, the team’s star shortstop, to the New York Giants for $95,000.2 With an undermanned squad and an undermining owner, Cravath’s “resourcefulness as a manager will be tested to the limit” during the 1920 season.3

The Pittsburgh Pirates, under first-year manager George Gibson, came to Philadelphia for a three-game series and took the first two games by scores of 6-4 and 6-1. The third game of the series was played on Tuesday, June 15, a hot, sunny day at Philadelphia’s Baker Bowl. Gibson chose 38-year-old Babe Adams as his starting pitcher; Cravath sent 28-year-old George Smith to the mound.

The Philadelphia bats came to life in the first inning with four runs on five hits, and Adams was knocked out of the game. Casey Stengel, the Phillies’ colorful outfielder, slugged an impressive solo homer in the second inning off relief pitcher Jack “Mule” Watson:

“Casey connected with the pill and sent it on a line toward the center field fence. The ball struck the wire netting [above the wall], but instead of dropping back in the field it kept on going and broke through the barrier. It was one of the hardest hit balls ever seen in the park.”4

Smith retired the first nine batters he faced. After Max Carey drew a walk in the fourth inning, Billy Southworth delivered the first Pirates hit, a home run over the right-field wall. Stengel doubled off the center-field wall in the fifth and scored on Art Fletcher’s double, and the Phillies led 6-2 after five innings.

Barbare singled off Smith to begin the ninth inning. Schmidt then grounded into a force play at second base; the Phillies “missed a double play by a whisker.”6 Reserve outfielder Fred Nicholson stepped to the plate, pinch-hitting for Hamilton, and tied the score with one swing:

“Bang! Nick caught one of George Smith’s offerings plumb in the home-run groove of his favorite bat and a brand-new ball was lost among the sunburned clan in the left-field bleachers. … The angry drive crashed into the seating section high among the seats.”7

Pirates relief pitcher Elmer Ponder, a “rangy boy from Oklahoma,”8 retired the Phillies in order in the bottom of the ninth, and the game went to extra innings.

In the top of the 10th, Red Causey replaced George Smith as the Philadelphia hurler. The first batter was Southworth, who fouled out to catcher Frank Withrow. After drawing a walk, Whitted ran to second base on a hit-and-run play as Cutshaw hit a groundball behind him and was thrown out at first. Grimm then singled on a hot smash down the third-base line; third baseman Ralph Miller knocked it down with his bare hand, but could not recover in time to tag Whitted, who came sliding into third. With two outs, Grimm on first base, Whitted on third, and Barbare at bat, the Pirates attempted a double steal. Grimm “boldly sprinted over to second and the instant the ball left Withrow’s fingers, Whitted tore for home.”9 Withrow’s throw to second “was a trifle high and hard to handle.”10 Second baseman Johnny Rawlings “only managed to deflect the ball toward left field” as Whitted came home with the go-ahead run.11

Stengel led off the bottom of the 10th with a walk. After two outs were made, Gene Paulette struck out but reached first base when catcher Schmidt dropped the third strike and his throw to first “hit Paulette in the back and rolled into right field.”12 With runners on first and third, Miller lined out to second baseman Cutshaw to end the close, thrilling game. The final score was Pittsburgh 7, Philadelphia 6. Ponder was the winning pitcher, and Causey took the loss.

The Phillies finished the season in last place, 30½ games behind the first-place Brooklyn Robins. Although Cravath had done his best under trying circumstances, he was not rehired for the 1921 season. The Phillies again finished in last place in 1921.