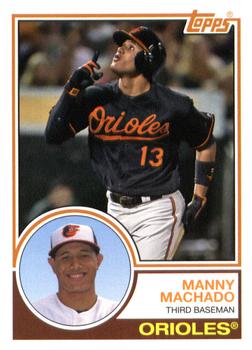 The June 16, 2015, contest between the Baltimore Orioles and Philadelphia Phillies at Oriole Park at Camden Yards pitted two teams at opposite ends of the spectrum. A Baltimore 4-0 win over Philadelphia on June 15 nudged the Orioles over .500 and though they sat in fourth place at 32-31, the defending American League East champs were only three games out of first. At 22-43, the Phillies were the worst team in all of baseball and were already 13 games behind the National League East’s front-running Mets. Philadelphia’s offense was so anemic that the team scored only 197 runs in its first 65 games, almost 100 fewer than the league-leading Arizona Diamondbacks.

Philadelphia’s pitching wasn’t much better and its team ERA was about to take a massive hit.1 Few epitomized the Phillies’ struggles more than journeyman right-hander Jerome Williams, a 33-year-old former first-round pick who was selected 39th overall by the San Francisco Giants in the 1999 Amateur Draft. Williams debuted for the Giants in 2003 at only 21, but couldn’t live up to his draft status and bounced around baseball, playing for six major-league teams before landing with the Phillies in 2014. Despite impressing in nine starts to close out the season, Williams had struggled through his first 13 starts of 2015 and was 3-6 with a 5.71 ERA going into the June 16 tilt.

The Orioles countered with 27-year-old righty Chris Tillman, who was drafted by the Seattle Mariners in the second round of the 2006 Amateur Draft. He spent two years in the Mariners organization before being traded to Baltimore in 2008 for pitcher Erik Bedard and was among the top minor-league prospects prior to his 2009 debut.2 After three years of struggles in his early 20s, Tillman fashioned a three-year run from 2012 to 2014 that saw him go 38-16 with a 3.42 ERA in 82 starts. But 2015 wasn’t treating him as well and he went into his start against the Phillies at 4-7 with a 5.68 ERA.

The Phillies started on a positive note when leadoff man César Hernandez walked and stole second to put a runner in scoring position less than 10 pitches into the game, but Tillman struck out Odubel Herrera, got Maikel Franco to pop out, and retired Ryan Howard on a line drive to right field. Manny Machado got the Orioles’ party started in the bottom of the first when he blasted Williams’s second pitch into the left-field seats to give the Orioles a 1-0 lead. Travis Snider walked and Jimmy Paredes flied out to deep left-center for the first out. Chris Davis walked and Chris Parmelee singled to load the bases for shortstop J.J. Hardy, who knocked in Snider with a single to center to increase the lead to 2-0.

Ryan Flaherty lined to right for a hit that plated Davis and Parmelee and sent Hardy to second. Caleb Joseph flied to right for the second out, but Baltimore got some help from Williams, who uncorked two wild pitches with David Lough at the plate, the second of which ricocheted toward the Phillies dugout, allowed both Hardy and Flaherty to score, and staked the Orioles to a 6-0 lead. Williams strained his left hamstring while covering the plate and his outing ended after only eight batters. Right-handed reliever Dustin McGowan was called in from the bullpen and he struck out Lough to end the inning. In the span of 26 pitches, Williams’s ERA climbed from 5.71 to 6.43. McGowan would suffer an even worse fate.

Tillman needed only 15 pitches to dispatch Chase Utley, Domonic Brown, and Cody Asche in the top of the second, and the Orioles extended their lead to 9-0 in the bottom of the inning when Machado, Paredes, and Parmelee belted solo homers between outs by Snider, Davis, and Hardy. Tillman surrendered a one-out single to Freddy Galvis in the top of the third, but Hernandez rapped into a 4-6-3 double play that brought Baltimore to the plate for its third turn at bat. McGowan walked Flaherty, Joseph reached first on third baseman Franco’s error, and Lough belted a three-run homer to deep right field to bump the score to 12-0.

The Phillies scored in the top of the fourth when Herrera doubled to lead off the inning and Howard drew a one-out walk to put runners at first and second. Utley’s fly to deep center field advanced Herrera to third and he scored on Brown’s single to put Philadelphia on the board. Tillman threw a wild pitch that sent Howard to third and Brown to second, but Asche flied to center to end the threat.

The Orioles extended their lead to 12 again when Davis led off the bottom of the fourth with a long drive to right that landed on Eutaw Street and hit the iconic Camden Yards warehouse on a bounce.3 Parmelee and Hardy followed with consecutive singles and it looked as though the onslaught would continue, but a double-play grounder by Flaherty and Joseph’s strikeout sent the game into the fifth with Baltimore up 13-1. And, with that, McGowan’s evening was done. He entered the contest with a 5.40 ERA and left with a mark of 6.94 after allowing five home runs in 3⅓ innings.4

Tillman continued his mastery over Philadelphia and retired the side in order in the top of the fifth, then the Orioles tacked on another run against reliever Justin De Fratus when Snider’s one-out two-bagger plated Machado, who had walked with one out. The Phillies made the score 14-3 in the top of the sixth when Franco followed a walk to Herrera with a two-run homer to left-center. But Baltimore kept pouring it on and scored three more in the bottom of the inning. Parmelee began the frame with a line drive into the right-field seats that gave Baltimore a 15-3 cushion and tied a team record for home runs in a game with seven.5

Hardy stepped to the plate and De Fratus’s first pitch to him sailed far inside and almost hit the Orioles shortstop, prompting home-plate umpire Lance Barksdale to eject De Fratus with no argument from him and little pushback from Phillies skipper Ryne Sandberg.6 Sandberg called on Venezuelan southpaw Elvis Araujo to finish the inning, but he couldn’t stop the bleeding either, as Machado drove in another run with his third hit of the game and Snider doubled in Lough, giving Baltimore 17 runs in the rout. With a seemingly insurmountable lead, Orioles manager Buck Showalter replaced Tillman with Brad Brach, put Steve Pearce in Hardy’s spot but at second base, and moved Flaherty from second to shortstop.

Brach allowed a two-out single to Galvis, but that was it for the Phillies in the top of the seventh. Not wanting to waste more bullpen arms, Sandberg called on outfielder Jeff Francouer to mop up and he surprisingly retired the Orioles in order in the bottom of the inning, striking out the first batter he faced, pinch-hitter Nolan Reimold. It was the first time all night that a Phillies pitcher went three-up, three-down. It would also be the last. Showalter continued to parade reserves into the game and sent pitcher Brian Matusz to the mound in Machado’s spot in the order, moved Parmelee from right field to first base, put designated hitter Jimmy Paredes at third, and sent Reimold to right.

Matusz struck out two of the four batters he faced, the only blemish being Paredes’ error, and the game went into the bottom of the eighth with Francouer still on the mound. Flaherty and the Orioles made history when he led off with a home run to deep right-center field that set a new team record for homers in a game. Francouer hit Joseph with a pitch, then walked pinch-hitter Matt Wieters and Snider to load the bases with one out. Paredes drove a pitch to deep left to plate Joseph, and Francouer issued his third base on balls in the inning to load the bases again, but he got Parmelee to fly out to end the inning.

Tommy Hunter came in to finish the 19-3 victory and capped it off with a 6-4-3 twin killing off the bat of Carlos Ruiz to improve Baltimore’s record to 33-31.

1 The 2015 Phillies finished 14th in the NL in ERA, runs and earned runs, and last in wins, hits, and home runs allowed.

2 Baltimore’s trade with the Mariners was as lopsided as they come. In addition to Tillman, who had a decent five-year run with the Orioles from 2012 through 2016 in which he went 65-33 with a 3.81 ERA in 143 starts, the Orioles also got 22-year-old center fielder Adam Jones and veteran relief pitcher George Sherrill. Sherrill saved 51 games for Baltimore in a season and a half, but Jones was the key to the deal and went on to enjoy 11 seasons with the Orioles, making the AL All-Star team five times and winning three Gold Glove Awards. Bedard was very good for Seattle, pitching to a 3.31 ERA in parts of three seasons, but he couldn’t stay healthy and made only 46 starts before being traded to Boston at the 2011 trade deadline.

3 Eduardo A. Encina, “Orioles Blast Franchise-Record Eight Homers in Win Over Phillies,” Baltimore Sun, June 17, 2015: B1. Davis’s home run was his seventh to land on Eutaw Street, the most by any player at the time, putting him one ahead of Luke Scott.

6 Jake Kaplan, “Battered in Baltimore,” Philadelphia Inquirer, June 17, 2015: D5. When De Fratus was ejected, he simply walked off the mound and into the Phillies’ dugout. Sandberg came out to hear Barksdale’s explanation, but did not argue with the ump. When De Fratus was asked after the game whether he purposely threw at Hardy, he responded, “It doesn’t matter. I got tossed. That’s really all I can say about that.”