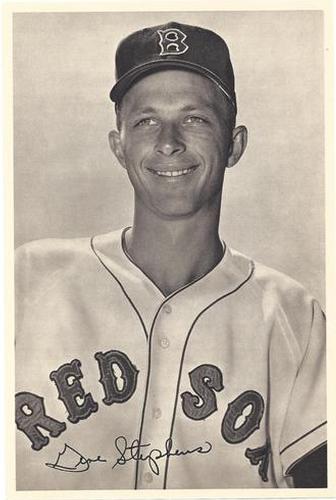 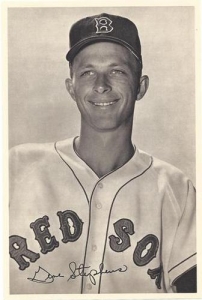 Baseball is different. Among the worldwide variety of stick and ball games, baseball (along with its cousins cricket and rounders) is different in that it is the player, and not the ball, who does the scoring – and the ball is often far away when the scoring is done. In field hockey, hurling, lacrosse, shinty, et al., the ball itself is the scoring device.1

Moreover, in baseball, the defense controls the ball and initiates the play. And it significantly outnumbers the offense – a nine vs. one proposition.

Finally, there is this from Roger Angell:

“The last dimension is time. Within the ball park, time moves differently, marked by no clock except the events of the game. This is the unique, unchangeable feature of baseball, and perhaps explains why this sport, for all the enormous changes it has undergone in the past decade or two, remains somehow rustic, unviolent, and introspective. Baseball’s time is seamless and invisible, a bubble within which players move at exactly the same pace and rhythms as all their predecessors. … Since baseball time is measured only in outs, all you have to do is succeed utterly; keep hitting, keep the rally alive, and you have defeated time. You remain forever young.”2

The Red Sox, managed by Lou Boudreau, were 31-28 heading into this game, and in fourth place in the American League. The Tigers, managed by Fred Hutchinson, were a dismal 14-42 and in last place. Furthermore, the Tigers had been thrashed by the Red Sox, 17-1, the previous day – a foreshadowing of things to come on this Thursday afternoon.

The game began in front of a sparse crowd of 3,108, with veteran pitchers Ned Garver and Marv Grissom on the mound for the Tigers and Red Sox respectively.

The Tigers answered in the fourth. Jim Delsing worked a two-out walk from new Red Sox pitcher Hersh Freeman (who had replaced Grissom after he had been hit in the right ankle by Detroit second baseman Johnny Pesky’s comebacker)3and Walt Dropo homered, scoring two runs for the Tigers. The Tigers tied the game in the top of the sixth inning on a walk to Ray Boone, a sacrifice, and Delsing’s single to center field.

The Tigers went one-two-three in the top of the seventh, set down by reliever Ellis Kinder on a foul fly, a strikeout, and a groundout. Now it was the Red Sox’ turn to bat.

And what a turn it was.

It started innocently enough. Tigers pitcher Steve Gromek, who had entered the game in the sixth, gave up a single to White. This was followed by a single by Stephens that sent White to third. Stephens stole second and center fielder Umphlett hit a single to left field, plating both runners. Gromek then earned his first out, striking out Lipon.

Ten more Red Sox hitters would bat before the Tigers earned their second out. By then Gromek was out of the game, having given way to Dick Weik after surrendering nine runs. In that string of 10 batters, the Red Sox had three walks (one intentional), three singles, two doubles (including Stephens’ second hit of the inning), and a three-run home run by first baseman Dick Gernert.

After the second out, the Red Sox’ next eight batters reached base, on three walks and five singles (including Stephens’ third hit of the inning4) and three walks. Six more runs scored during this eight-player streak, including White’s third run of the inning.

Finally, Earl Harrist, the Tigers’ third pitcher of the inning, got George Kell (who also had made the second out) to hit a fly ball to left field for the third out.

The Red Sox had batted for 47 minutes, sending 23 hitters to the plate, scoring 17 runs on 14 hits and six walks. They left the bases loaded in this record-breaking inning.

The Tigers, perhaps shell-shocked at this point, managed only three singles off Kinder the rest of the way. The game ended after 3 hours and 3 minutes with the score Red Sox 23, Tigers 3. The woeful Tigers had given up 40 runs over their last two games – a true shellacking.

The game was front-page news in the Boston papers the next day. Boston Herald sportswriter Will Cloney wrote, “Frenzied statisticians, driven beyond the point of no return, were committing hara-kiri all over the park yesterday afternoon when the powder-puff Red Sox went wild for the second day in a row. Three hits in one inning for Gene Stephens, a .210 hitter! Three runs in one inning for Sammy White, a .265 hitter! And 17 runs in one inning for the Red Sox, who had averaged just four per nine-inning game in the first third of the season!”5

Hy Hurwitz of the Boston Globe noted that the Red Sox had broken or tied 16 all-time or modern major-league baseball records in the process of achieving their blowout.

Stephens became the first modern big leaguer to get three hits in the same inning. White’s three runs scored in the seventh made him the first major leaguer to score that many in an inning since 1900. Stephens, White, and Umphlett each reached base safely three times in the historic seventh for another modern mark.6

The Red Sox had so many baserunners that they were 15-for-27 with runners in scoring position and left 13 men on base. And it will come as no surprise that the seventh inning set an American League record for runs in an inning, a record that still stood as of 2019.

The Red Sox did all this without their greatest hitter, Ted Williams, in the lineup. Williams was serving his second stint as a wartime pilot for the US Marines. He flew 39 Korean War missions, survived a serious crash-landing, and flew alongside future astronaut and US Senator John Glenn.7

As for the Tigers, the Boston American’s Mike Gilooley quoted manager Hutchinson’s view of events: “It’s enough to drive you nuts. …You’re in the game and all of a sudden you get killed. What else can I say about it? I could not say anything about it. As for the future, who knows? Of course I’ll hang in there.” Gilooley added, “It takes no imagination to picture how a competitor of Hutchinson’s type absorbed a 17-run inning (a modern record) on 14 hits (also a modern record). He tried three pitchers against the 22 [sic] who went to the plate in the 47 minutes of torture which were a disgrace to major league baseball.”8

Leo Macdonell, writing in the Detroit Times, could say only this about the record-setting inning: “The Sox staged a 17 run outburst in the 7th, in which Gromek was driven to cover after giving up seven runs. A three-run homer by Dick Gernert, and doubles by Kell and Stephens highlighted the 14-hit attack. The Tigers sent Dick Weik in to pitch but he gave way to Earl Harrist in one of the wildest scoring sprees in modern baseball history.”9

There was a silver lining for the Tigers, though – the very next day, they signed Al Kaline.10

A final note: The Red Sox were able to answer Roger Angell’s call, and defeated time, at least until the Tigers were able to finally able to get them out in the seventh.

In addition to the sources cited in the Notes, the author also made use of box score and play-by-play records from baseball-reference.com and retrosheet.org.

4 Stephens was the first player in modern major-league history to get three hits in an inning. As of 2019 the feat has been achieved happened once more, by another Red Sox player, Johnny Damon, in 2003. Bill Nowlin, Red Sox Threads: Odds and Ends from Red Sox History (Burlington, Massachusetts: Rounder Books, 2008), 445.