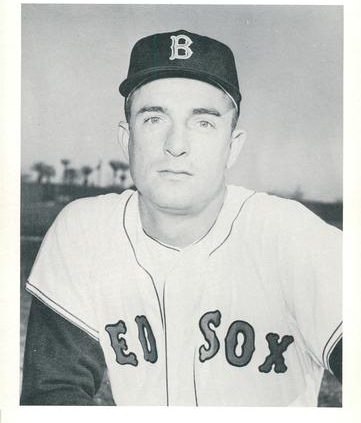 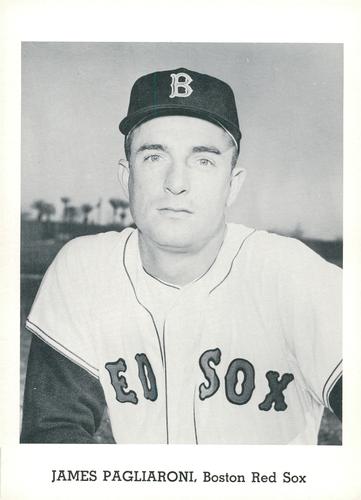 Talk about a spree, in which one player had a huge impact in three consecutive games. The second of the three games was the greatest comeback in Red Sox history.

The Boston Red Sox entered the first game of the June 18, 1961, doubleheader with a dead-even record of 30-30. The sixth-place Washington Senators were right behind them at 30-32. After the first 4½ innings, Washington led 5-2. Red Sox starter Ike Delock was replaced by a pinch-hitter in the bottom of the fifth. Boston scored one more run, when Senators starter Carl Mathias hit Don Buddin with the bases loaded. Buddin homered his next time up, in the seventh. The score stood Senators 7, Red Sox 5 after eight innings. No one would have predicted how the rest of the Sunday doubleheader would unfold.

Red Sox reliever Ted Wills replaced Billy Muffett in the top of the ninth, coming in with runners on second and third and one out. Gene Woodling singled for Washington to give the Senators an insurance run. Pinch-runner Chuck Hinton stole second and Wills walked Dale Long. Willie Tasby then hit a grand slam into the Red Sox bullpen to put the game out of sight. It was Washington 12, Boston 5. The left-handed rookie, Mathias, was still pitching for the Senators. He had given up only five hits. Manager Mickey Vernon was likely feeling pretty good.

Vic Wertz led off the bottom of the ninth for the Red Sox. He grounded out to the first baseman, Mathias covering the bag. Buddin, having himself a decent day, singled to right field, but Billy Harrell pinch-hit for Wills and struck out. One more out and the game was over, leaving manager Pinky Higgins of the Red Sox hoping to win the second game for a split.

Chuck Schilling singled to center field, Buddin to second. Then Carroll Hardy singled to right-center, scoring Buddin while Schilling took third. It was 12-6, but there were still two outs. Gary Geiger walked, loading the bases. Vernon brought in Dave Sisler to close things out for Mathias.

Sisler, however, had trouble finding the plate. He walked Jackie Jensen, forcing in a run. 12-7. Then he walked Frank Malzone, forcing in another run. 12-8. Now, improbably, the tying run was at the plate, but it would take a grand slam for one batter to tie the game. Catcher Jim Pagliaroni was up. Maybe he’d draw a base on balls, too, and close the gap a little more? He was 0-for-4 so far, with a strikeout, two groundouts, and a liner to center field. He’d come into the weekend batting .230, but had hit a two-run pinch-hit home run the day before, on Saturday in the bottom of the sixth, providing the two runs that gave Boston a 6-5 win over Washington. Pagliaroni had 17 RBIs in mid-June and had hit five home runs. It was his first full season in the majors.

Sisler finally found the plate, pitching to Pagliaroni. He put one right over that Pags hammered (on a 2-and-1 count) into the net atop the wall in left field. The tying run that had been at the plate had indeed scored.

Sisler walked Wertz. Vernon had seen enough. Marty Kutyna was waved in from the bullpen. Buddin singled, Wertz to second. Then Higgins had a pinch-hitter bat for his pinch-hitter. He went with Russ Nixon, who pinch-hit for Harrell. And he had the fleeter Pete Runnels run for Wertz at second base. Nixon singled to right field, to the first-base side and two inches from second baseman Chuck Cottier’s glove; Runnels ran across the plate and the Boston Red Sox had wrapped up what remains the statistically greatest comeback game in team history. Or, as Boston Record sports cartoonist Bob Coyne dubbed it “one of the greatest comebacks since they invented the boomerang.”1 The Red Sox had been down by seven runs with two outs in the bottom of the ninth inning, and yet won the game.

“Sisler doesn’t have much of a slider,” Pagliaroni said after the game. “When I saw it coming, I just took a rip and hoped.”3

There was still another game to come. The Red Sox held a 3-0 lead after the first two innings and a 5-2 lead after the first five. But Sox starter Gene Conley gave up a pair of home runs – a two-run homer by Jim King in the seventh and a solo homer by Willie Tasby in the eighth – and the Senators tied it. Tom Sturdivant took over in relief for the Senators and pitched no-hit ball for the seventh, eighth, and ninth. The game went into extra innings.

In the bottom of the 13th inning, Jim Pagliaroni was scheduled to lead off. At this point, Sturdivant had retired 11 batters in a row. Once again, Pag hit one into the netting. The pitch had been, he said, “a fast ball, little better than knee high and on the inside of the plate.”4

Pagliaroni was 1-for-10 for the day when he came up to bat in the bottom of the 13th inning in the second game. Over the course of the two games, being 2-for-11, he had seen his batting average drop from .236 to .231. But he’d hit three key home runs in three consecutive games. Obviously thrilled, he cautioned a writer not to get too carried away. “Hey, don’t get too excited. This may be only a spree.”5

This was essentially the first year in two decades that the Red Sox were playing without Ted Williams. And Carl Yastrzemski hadn’t established himself yet as a solid successor. Jim Pagliaroni’s showing for three games in a row was a welcome tonic to Red Sox fans. Naturally, they hoped he would build a career that endured.

Pagliaroni joked with writers after the day’s games: “The next time I bat against that team I’d better wear a coat of armor to the plate. They’ll surely be looking to knock me on my haunches.”6

The two wins boosted the Red Sox into fourth place.

The team had nominally played three games on June 18, losing the first. In the annual Red Sox Father and Son Game which preceded the doubleheader, the Sons crushed the Fathers, 14-0. Pagliaroni was 23 at the time and had no children. He did not figure in the scoring.