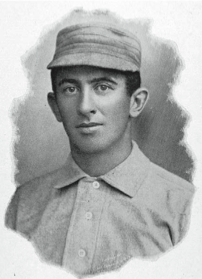 To that point the closest any pitcher had come to stopping Keeler was St. Louis left-hander Duke Esper, who held him to a bunt single on June 5. The bunt extended Keeler’s consecutive-game hitting streak for the season to 35.1 He ran it to 40 against Louisville a week later, and on June 16 hit safely in his 43rd consecutive game, breaking the record set by Bill Dahlen of the Chicago Colts three seasons earlier.2 On June 18 he thrashed Pink Hawley of Pittsburgh for a single, double, and triple. 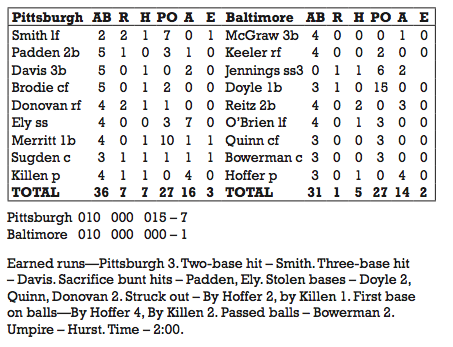