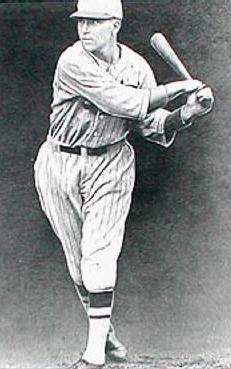 No ballpark was more suited to the Deadball Era in which it was built than cavernous Braves Field. Modern-day estimates of the former ballpark’s outfield distances vary, but they were all huge. In the 12-plus seasons from August 8, 1915, the day Braves Field was opened, through the end of the 1927 campaign, when the distances were shortened – only 235 home runs were hit there, and all but 17 were inside the park.1

Left and center fields were enclosed by a 10-foot concrete fence.2 But the Deadball Era was over and fans clamored for home runs. The most that had ever been hit in Braves Field was 38, in 1921.

After the 1927 season the Braves announced that stands would be built in front of the fence to shorten the home-run distance, especially for promising young catcher Shanty Hogan. In January 1928 Hogan was sent to the New York Giants in a deal for Rogers Hornsby, but the project remained on track, now aimed at benefiting Hornsby. Bleachers seating 6,500 were erected in front of the fence.

Opening Day for the Braves in 1928 was April 11. By June 2 they had played only five games at Braves Field, with long stretches away (including a 21-game road trip from April 29 to May 20). In the Braves’ five games, their opponents had hit 10 homers, and the Braves had hit only two (by Hornsby and backup outfielder Eddie Moore). Judge Emil Fuchs, the Braves’ owner, decided that the imbalance warranted having the bleachers removed. While the dismantling was in progress, Boston’s new third baseman, Les Bell, gave Braves fans a game to remember, walloping three home runs and a triple and driving in six runs as the Braves lost a 20-12 slugfest to the Cincinnati Reds.

Bell, the St. Louis Cardinals’ regular third baseman from 1925 through 1927, had been one of the heroes in the Cardinals’ march to the world championship in 1926. In that season he batted .325 with career highs in home runs (17) and RBIs (100). In the Cardinals’ World Series victory in seven games over the New York Yankees, he hit a home run and drove in six runs. His batting in that pennant year “made him a thorn in the side of the greatest pitchers,”3 and in the field, “(O)pposing batters made it a point never to hit the ball near third base if they could help it.”4 But in 1927, “(It) was a different story with Bell. (He) was a complete flop. … He couldn’t hit, couldn’t field and was finally benched in favor of Specs Toporcer.”5 Some observers attributed Bell’s reversal of form – a .259 batting average in 1927 with just 9 home runs, and 24 errors in 100 games at third base – to the absence of Hornsby, who had been traded to the Giants; the pair had formed a close bond in the Cardinals’ infield, and manager Hornsby cut Bell far more slack than some of the other players. Frederick G. Lieb, in his history of the Cardinals recalled that in the spring of 1926, when a stretch of poor play at third base by Bell made him the target of unhappy Cardinals fans, Hornsby told him, “Don’t you mind; I’m sticking with you.”6 But Bill McKechnie, Hornsby’s successor as manager, was reportedly down on Bell in 1927 “because the infielder had shown a desire to fight shy of hard hit balls.”7 Whatever the reason, late in 1928 spring training Bell was sent to the Braves in a trade for infielder Andy High and $25,000. In Boston he would be reunited with Hornsby.

Hitting three home runs in a game, a feat we take for granted in the twenty-first century, was something rare in the first half of the twentieth. Indeed, during the 1900-1920 Deadball Era, not a single batter drove three pitches out of the ballpark in a single game. With the advent of the livelier ball and the Babe Ruth era, batters began flexing their muscles, but until Bell’s feat, only 13 batters had hit three home runs in a game in the 1920s.

The Braves had returned from a road trip on Friday, June 1, and lost that day to Cincinnati, 7-6 in 10 innings. After that game they were in seventh place with a 16-24 record, 11 games behind the first-place Reds (31-17, leading the second-place Giants by 2½ games). Braves manager Jack Slattery had been fired a week and a half earlier and Hornsby was the new skipper. Bell was batting .299 going into Saturday’s game with 10 doubles, 1 triple, and 1 home run, a three-run shot against the Phillies at Philadelphia’s bandbox Baker Bowl on April 30.

On June 14 the Reds slipped out of first place and finished the season in fifth place with a 78-74 record. (Six of the eight National League teams, all but the Braves and Philadelphia Phillies, finished over .500.)

Few of the eight pitchers who toiled for the two teams distinguished himself in the 20-12 slugfest. (One sportswriter described the game as “one prolonged batting orgy.”8) The Reds’ starter and winner, Pete Donohue, gave up 14 hits and 11 runs in his 6⅓-inning stint. Carl Mays, who relieved Donohue in the seventh, gave up the third of Bell’s three home runs, but allowed no other damage. The Braves’ starter, Kent Greenfield (3-11, 5.32 that season), made an error on the first play of the game, a bunt by Hughie Critz, and things went downhill from there. After seven batters, the error, four hits, two wild pitches, and a passed ball,9 Greenfield was out of the game and the Reds had four unearned runs.

The Braves came back with four runs in the bottom of the first, two of them on Bell’s blast into the new left-field stands. But the Reds continued their onslaught, and by the time Bell batted in the bottom of the fifth, they were leading 13-4. With George Sisler (in the first of the Hall of Famer’s three seasons with the Braves) and Hornsby on base, Bell ripped his second homer into the left-field stands. The Braves made it closer (15-11) in the bottom of the seventh with four runs highlighted by Hornsby’s two-run homer into the right-field grandstand and Bell’s triple off the high screen that had been erected in front of the center-field stands to cut down on home runs by the opposition. The triple was the longest of Bell’s four hits, the Boston Herald said, but “it was straight out to center and, hitting high on the screen, bounced back into the field of play and he was held at third.”10 Said the Globe, “Two or three more inches to the right(,) the ball would have cleared the screen in the left center bleachers and passed through a break in the outfield bleacher stands. Instead it struck the upright to which the screen is attached at its eastern extremity and bounded back into the field.”11

Had the ball reached the stands, Bell would have become only the third major leaguer to hit four home runs in a game, joining Bobby Lowe of the Boston Beaneaters, the Braves’ predecessors, who clouted four homers in 1894 at the old Congress Street Grounds, and Ed Delahanty of the Philadelphia Nationals, who did it in 1896 at the West Side Grounds in Chicago. (Two of Delahanty’s homers were inside-the-park.)

The next time Bell batted after his triple, it was the bottom of the ninth inning and the Reds had tacked on five more runs in the top of the inning for a 20-11 lead. Carl Mays, who was in the next-to-last of his 15 major-league seasons, was wrapping the game up for the Reds. Bell drove his third home run into the left-field stands. A few minutes later the game was over. The Braves’ third-sacker was now hitting .314 with 10 doubles, 2 triples, and 4 home runs. He ended the season with a .277 batting average, 36 doubles, 7 triples, 10 home runs, and 91 RBIs.

The Rajah’s tenure as the Braves’ manager was brief and unsuccessful. After he succeeded Jack Slattery, he could do no better than guide the team to 39 victories and 83 defeats and a seventh-place finish (50-103), 44½ games behind the first-place Cardinals. By the end of the season, 86 home runs had been hit at the ballpark, more than in the previous four seasons combined. But only 24 of the 86 had been hit by the Braves. The four hit by Bell and Hornsby on June 2 were 16.7 percent of the Braves’ total.

The Reds also had problems. On June 14 they slipped out of first place and finished the season in fifth place with a 78-74 record. (Six of the eight National League teams, all but the Braves and Philadelphia Phillies, finished over .500.)

After another season as the Braves’ main man at third base, Bell was sent to the Chicago Cubs, where he was again reunited with Hornsby.12 After two seasons as a part-timer with the Cubs, he was sold to Louisville in April of 1932. Later he spent 12 seasons as a minor-league manager, eight of them with his hometown Harrisburg club. In 1941 and 1946, Bell’s Harrisburg Senators won the championship of the Inter-State League.

Besides the sources mentioned below, the writer accessed Les Bell’s file at the Baseball Hall of Fame. Thanks for research assistance to Cassidy Lent at the Hall of Fame library; Ron Selter, David Vincent, Bob Brady, Greg Erion, and Bill Nowlin.

1 Bill Nowlin, “The First Homers Over the Fence at Braves Field,” in Braves Field: Memorable Moments at Boston’s Lost Diamond, writes that when the ballpark opened, the left-field and right-field fences were 375 feet from home plate, center field was 440 feet, and the deepest part of right-center field was 542 feet. Ron Selter, in “Braves Field Boston NL: 1928” (unpublished), gives the outfield dimensions from 1921 to 1927 as: left field 402 feet; left-center 402 feet; center field 461 feet; right-center 542 feet; right field 365 feet. Harold Kaese, in The Boston Braves (New York: G.P. Putnam’s Sons, 1948), 205, mentions that before the distances were shortened for the 1928 season, the left-field fence was 402 feet from the plate and the center-field distance was 550 feet. Philip J. Lowry, in Green Cathedrals (New York: Walker & Co., 2006), 32, says the left- and right-field distances were 402.5 feet.

3 Article in unidentified newspaper in Bell’s file at the Baseball Hall of Fame library.