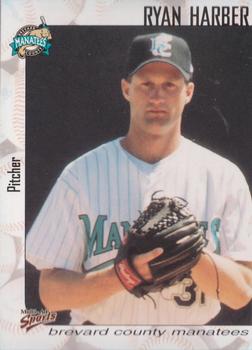 On Wednesday, June 21, 2000, the Jupiter Hammerheads opened a home series against the Brevard County Manatees in Florida State League action.1 The Hammerheads and the Manatees, the Class A-Advanced affiliates of the Montreal Expos and the Florida Marlins respectively, were facing off for the first time in the second half of the FSL season. The Hammerheads entered the contest with a second-half record of 2-0, while the Manatees came in with a 1-1 mark.2 However, the Manatees had clearly been the better team during the first half of the season. They had trailed only the St. Lucie Mets in the Eastern Division; the Hammerheads, by contrast, had languished in last place in the division.3

The game was played at Roger Dean Stadium in Jupiter, Florida. Named for a local auto dealer whose family and business partners had donated $1 million toward its construction, the ballpark hosted not only the Hammerheads during the regular season but also the St. Louis Cardinals and the Montreal Expos during spring training.4 A small crowd of 758 fans was on hand for the June 21 contest.5

The starting pitchers were Trevor Wamback for the Hammerheads and Ryan Harber for the Manatees. Both pitched well but neither was involved in the decision. Hammerheads manager Luis Dorante pulled Wamback from the game after five innings with his team trailing 2-0. The Hammerheads put a run on the board in the bottom of the sixth, prompting Manatees manager David Huppert to turn to reliever Geoff Goetz to start the seventh. Meanwhile, new Hammerheads pitcher Kyle Sheldon held the Manatees scoreless in the sixth, seventh, and eighth innings.6

The Hammerheads scored a run against Goetz in the bottom of the eighth to make it 2-2. Scott Albin relieved Sheldon to start the ninth, but the Manatees got to him for two runs to take the lead. Left fielder Heath Kelly drove in both runs with a single.7

The Hammerheads scored a run in the bottom of the ninth to cut the lead to 4-3 and chase Getz from the mound. Closer Tim McClaskey nailed down the win for the Manatees and earned his seventh save of the year by recording the final out. Goetz (5-1) was the winning pitcher, and Albin (2-3) took the loss. The time of the game was 2:13.8

The Manatees and Hammerheads went on to split the series.9 The remainder of the 2000 campaign provided a study in contrasts for both teams. Eight games over .500 (39-31) at the end of the first half, the Manatees went into a nosedive in the second, finishing with an overall record of 66-74. After posting a 27-43 record in the first part of the season, the Hammerheads played nearly .500 ball (34-36) in the second to end the year at 61-79.10