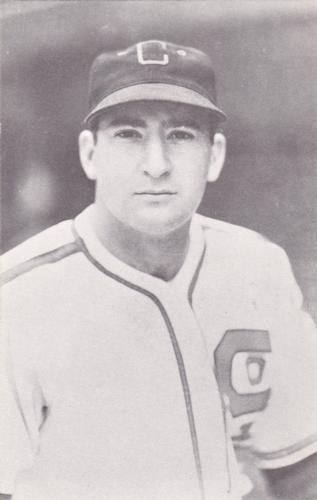 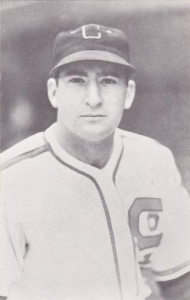 In a three-year big-league career, Chicago White Sox rookie right fielder Hank Steinbacher amassed a grand total of 170 hits. He got 3.5 percent of them (five singles and a double) one afternoon in 1938.

That June 22 in front of just 500 fans at Comiskey Park, Steinbacher’s record-tying six hits in six at-bats saw the White Sox, 19-32, and just 1½ games out of the American League cellar and ahead of the St. Louis Browns, pound the fourth-place Washington Senators (31-29, 16-3).

Records aside, Steinbacher’s offensive effort may have been overshadowed by his teammate, left fielder Rip Radcliff, who was 4-for-5 with a double, triple, and six RBIs. As it happens, Radcliff had entered the game as the last American Leaguer to rap six hits in a nine-inning contest, having done so against the Philadelphia Athletics on July 18, 1936, though he needed seven at-bats to do the trick. Steinbacher would be the last to do it for the next six seasons, until George Myatt accomplished the feat in 1944.

Steinbacher endured his share of rookie riling, but took it in stride. According to Henry P. Edwards of the Cleveland Plain Dealer, the outfielder was given the nickname “Sammy” sometime in the 1938 season and was assigned the role of clubhouse scapegoat.

“No matter what he did, if the Sox lost, his team mates blamed ‘Sammy,’” Edwards wrote in 1939. “Even when he made six for six, they grumbled because he scored only three runs and drove in two others. Why the Sox so pick on Henry? Because they knew he was good natured and could take it without it affecting his work. … He just grins when they gang up on and pan him for not hitting a triple when he hit a mere double or why he did not throw out a runner at the plate on a ball hit way to the Comiskey park score board.”1

By the time June 22, 1938, rolled around, however, Steinbacher looked well on his way to proving himself as the regular right fielder on skipper Jimmy Dykes’s White Sox squad, even as he’d suffered some slippage after a hot start — his average falling from .381 on May 27 to a season-low .316 on June 21. He wasn’t alone in tumbling production. Since May 26, Chicago had gone 7-20, outscored in the losses by a count of 114-43.

“Skipper James Dykes of the White Sox yesterday came out of dugout hiding, took an it’s-about-time hint from his big boss, Lou Comiskey, shook up his lineup and ended the day happier than he’s been in weeks,” Chicago Tribune mainstay Ed Burns wrote in his lead on June 23. “… Hank Steinbacher, who had been fading fast in the third spot in the batting order, was moved up to second and went base hit crazy.”2

Indeed, that afternoon Dykes performed a wholesale restructuring of a White Sox lineup that had been battered through much of June, including a 7-0 shutout authored by Washington’s Harry Kelley (fresh off a 21-loss season in 1937) the day before.

The new-look White Sox ranged up against Wes Ferrell for the third time in the 1938 season, having split the earlier two contests, knocking the right-hander around in a 9-2 win on May 22 and falling, 5-1, on June 3. It was to be one of the last times Ferrell and his brother, catcher Rick Ferrell, would team up as batterymates and, as it turned out, one of their shorter tandem outings.

After Stratton easily retired the visitors in the first inning, the White Sox sprang to life. Newly installed leadoff man Hayes tapped an infield single and Steinbacher followed with the first of his six knocks, a single moving Hayes to second. Rather inauspiciously, Hayes was picked off, but center fielder Mike Kreevich’s groundout pushed Steinbacher to second, where he was driven in by Radcliff’s single to right — the White Sox’ first run in 15 innings.

Stratton held Washington scoreless in the second, then sparked a fire in the home half. Shortstop Boze Berger walked with one out and the pitcher banged what the Washington Post’s Shirley Povich called a “juicy two-bagger” to left-center to score Berger.3 Hayes walked and Steinbacher singled to center for hit number two, plating Stratton. Kreevich’s flyout brought up Radcliff, who doubled. Robbed of an RBI by Hayes’ baserunning gaffe in the first, Radcliff brought his second baseman home this time but was denied a third RBI when Steinbacher — the team’s good-natured whipping boy — was thrown out at the plate.

The 4-0 lead prompted the removal of the Ferrell brothers. Wes, who ultimately took the loss to fall to 9-5, was replaced on the mound by Monte Weaver, and Tony Giuliani came out to catch. Weaver’s initial troubles were not of his own making as Buddy Myer made two errors on groundballs by third baseman Marv Owen and catcher Tony Rensa in the inning’s bottom half, but then the hurler’s control was piqued. He uncorked a wild pitch, moving the runners up 90 feet. Weaver induced a popup by Joe Kuhel, but a fly ball by Berger brought home Owen before Stratton was retired to end the inning with a 5-0 lead.

Stratton continued to hold the Senators at bay, putting up a fourth straight blank frame and holding the five through nine batters hitless.

In the White Sox’ half of the fourth, Steinbacher collected his third hit, another single, and Kreevich, Owen, Rensa, and Kuhel all walked to score two more Chicago runs, bringing the score to 7-0. In the fifth, Hayes walked and moved to third on Steinbacher’s fourth knock, a double, his only extra-base hit of the game. Kreevich popped out and Radcliff was intentionally passed, but Weaver let fly another wild pitch to score Hayes, and issued his sixth base on balls, to Owen, loading the bases again. Rensa worked a full count before grounding out to end the inning with the White Sox up 8-0.

Stratton showed a brief lacuna in his otherwise flawless arsenal in the top of the sixth, surrendering back-to-back doubles by Myer and Sam West, the former scoring on the latter’s hit.

After sharpening their claws on Weaver for three innings, the White Sox turned their attentions to his relief, lefty Chief Hogsett, who retired the first man he faced in the sixth. But walks again proved costly for the Senators’ pitchers as Hogsett passed Berger and gave up an infield single to Stratton. Hayes singled to plate Berger and Steinbacher notched his fifth hit, a single, to score Stratton. Radcliff’s third hit, a single, plated Hayes for the left fielder’s third RBI of the afternoon, and by the end of the inning, the White Sox were firmly in control, 11-1.

Though the home half of the seventh started promisingly enough with Rensa’s double and a walk to Kuhel, Berger grounded into a double play. Rensa moved to third. With Stratton next, it appeared the White Sox would suffer their first blank frame of the contest. But the pitcher delivered his third hit and second RBI as Rensa strolled home. Hayes followed with a walk, bringing the 5-for-5 Steinbacher to the plate with a chance to write himself into the record books. The lefty’s sixth hit bounded out to Goose Goslin (making his final career start that day in right) to load the bases. Kreevich walked, forcing in Stratton, and Radcliff knocked a three-bagger to unload the sacks, making it 16-1.

Stratton blanked Washington again in the eighth, and finally, Hogsett managed to hold Chicago scoreless in the home half — the first frame without a run for a Senators pitcher all day.

In the ninth Washington’s Buddy Lewis doubled and came home on Al Simmons’ eighth homer of the season. Cecil Travis then lined a single, but Stratton managed to silence the next three men in order and bring the game to its 16-3 conclusion in favor of Chicago.

As Ed Burns noted, just five White Sox accounted for the 17-hit total, including the pitcher Stratton who had 18 other hits for the season. (It was his last major-league campaign after he lost a leg in a hunting accident that offseason.)4 Steinbacher singled in the first, second, and fourth, doubled in the fifth, and singled again in the seventh and eighth.5

As Shirley Povich waxed in the Post, “The Chicago Club’s score by innings reads like a WPA grant: 1-3-1-2-1-3-5-0-x.” He also provided Steinbacher, who would play just 126 more big-league games, with the Homeric epithet of “Big-legged.”6

In addition to the sources cited in the Notes, the author also consulted baseball-reference.com, retrosheet.org, and SABR.org.

1 Henry P. Edwards. From a typewritten story distributed January 15, 1939, by the American League Service Bureau, appearing in the Hall of Fame file of Hank Steinbacher.