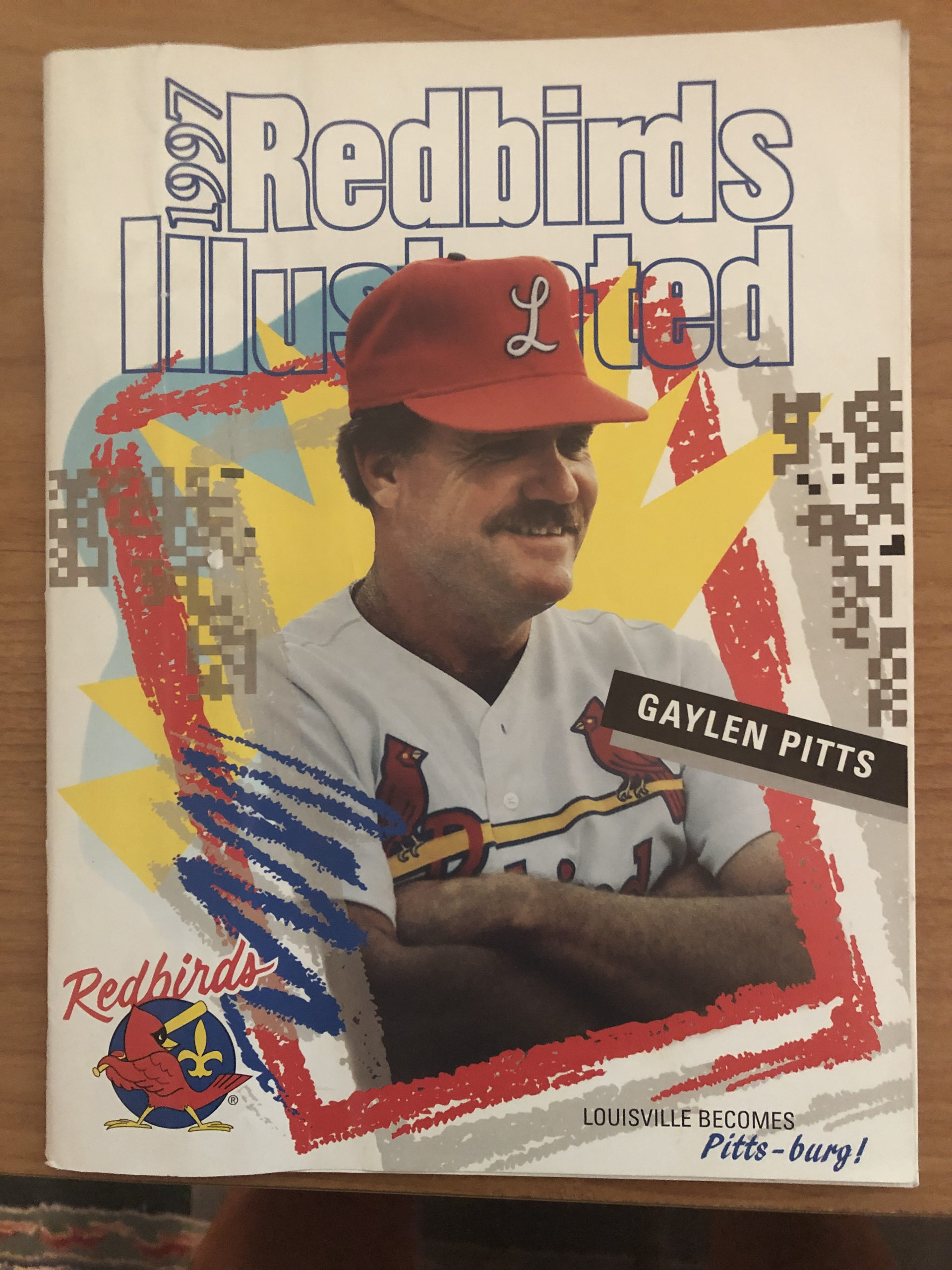 Sunday, June 22, 1997, saw the rubber match in the series between the Louisville Redbirds, the Triple-A affiliate of the St. Louis Cardinals, and the Iowa Cubs, the top Chicago Cubs farm team. The home team had stopped a six-game skid with a 12-3 victory the previous day, after the visitors had won the opener 2-1.

Cardinal Stadium – formerly Fairgrounds Stadium when it opened in 1957 as home of the Louisville Colonels of the American Association – was immense, seating 33,500 for baseball.1 That capacity allowed the Redbirds to establish several minor-league attendance records after owner A. Ray Smith brought them to Louisville from Springfield, Illinois, in 1982. The following year, the Redbirds were the first minor-league team to draw over one million fans.2

Neither team was having a stellar season. On game day, the Eastern Division Redbirds were 30-44 (19-20 at home), while the Cubs had a 37-38 record (15-24 on the road), although they were tied with New Orleans for first place in the Western Division.3

It was typical Louisville summer weather – sunny, hot, and humid – when the teams took the field for the 1:30 P.M. game; the temperature would reach 86 degrees that afternoon. The official attendance was 4,051,4 about 1,200 less than the 1997 average, and much fewer than the season’s high single-game total of 28,480.5

The starting pitchers were two right-handers from the Dominican Republic: Manuel “Manny” Aybar (3-6, with a 4.48 ERA) for Louisville and Miguel Batista (4-1, 6.12) for Iowa.6 The latter wore a black ribbon on the left sleeve of his jersey in memory of his beloved 5-year-old nephew who had drowned in the Dominican Republic six weeks earlier.7

Although he committed one error, Batista was outstanding on the mound, striking out nine, and also at the plate. The Redbirds, with American Association All-Star catcher Eli Marrero on the bench with a sore shoulder, managed only two hits in the contest: a fifth-inning infield hit by Tim Costo and a single by Kevin Koslofski in the ninth. Meanwhile, pitcher Batista had two RBIs, hitting a solo homer into the right-field seats in the fifth inning and grounding out in the ninth to plate another run. The first Iowa run came when Chris Petersen’s double scored Pat Cline in the third inning, after the latter had reached base on Redbird shortstop David Bell’s error.8

The Redbirds’ baserunning left something to be desired. With runners on first and third in the fifth inning, catcher Mike Stefanski became trapped in a rundown, during which Costo was thrown out trying to score from third. It was scored 2-4-2-5-4!9

The Cubs managed 10 hits but left eight runners on base, while Louisville stranded three. Batista’s gem was a complete-game effort. The Redbirds’ Aybar lasted seven innings and struck out nine. He was relieved by Tom McGraw and Brian Maxcy, who each tossed one inning.

Accurately summing up the game, Louisville manager Gaylen Pitts said, “It was too much Batista today.”10 Of his homer, Batista concluded, “I was lucky. I was going to swing at the first pitch because if I get behind in the count, I know that slider’s going to come, and I know I’ll be dead.”11

Coupled with the New Orleans Zephyrs’ loss of a doubleheader, the victory gave the Cubs, managed by Tim Johnson, sole possession of first place in their division.

By the time Batista’s career ended in 2012, he had pitched for 11 major-league teams over 18 seasons, compiling a record of 102-115. His blast against Louisville was one of three career home runs.

Over eight seasons with the Cardinals, Rockies, Reds Marlins, Cubs, Giants, and Mets, Aybar accrued a record of 17-18. McGraw relieved for the parent St. Louis Cardinals earlier that season, his only two major-league appearances. Maxcy had appeared earlier in 43 games for the Detroit Tigers.

Mike Stefanski later served for 10 years as the bullpen catcher in Cincinnati and in 2019 was the Reds’ catching coordinator. Left fielder Ron “Pop” Warner in 2019 was the third-base coach for the Cardinals.13

Iowa finished the season in first place a half-game ahead of New Orleans, then swept the Zephyrs in the playoffs before losing in the championship series to the Buffalo Bisons.14 Louisville ended with a record of 58-85, its second-worst ever at the time.15

The 1997 season was notable for the American Association because it was the last in the league’s history. The Association was then folded into the Pacific Coast League and International League, mainly due to Triple-A expansion and the desire to expose fans to a larger league with more prospects.16

An advertisement in the team’s magazine stated, “We’re the Redbirds’ Field of Dreams,”17 but Cardinal Stadium as the home venue, the name “Redbirds,” and the club’s affiliation with the St. Louis Cardinals would all soon vanish. In 1999 the Redbirds became the RiverBats, the Triple-A franchise of the Milwaukee Brewers.18 That affiliation lasted one season, after which the Cincinnati Reds became the parent team, an arrangement that still existed as of 2019. In 2002 the team dropped “River” and became simply “Bats.” However, the most significant team event occurred in 2000 when the Louisville Baseball Club moved to Louisville Slugger Field, a brand-new ballpark in downtown Louisville seating 13,131.19

The last non-major-league city to host a SABR national convention was Louisville, Kentucky, from June 20 to 23, 1997.20 The keynote speaker for SABR 27 was Hall of Famer Jim Bunning, then a United States senator from Kentucky, and the featured Brooklyn Dodgers panel at the Saturday banquet was headed by Hall of Fame shortstop and Louisvillian Pee Wee Reese along with pitcher Carl Erskine. Craig Combs made a presentation on behalf of his grandfather, the late Earle Combs, New York Yankees outfielder and another native Kentuckian enshrined at Cooperstown. Due to a prior commitment, Kentucky Attorney General Ben Chandler was unable to appear on behalf of his grandfather, Hall of Famer A.B. “Happy” Chandler, the former commissioner of baseball.

A local dinner theater even cooperated with the convention committee to offer discount tickets to its popular production of the baseball-related musical Damn Yankees. 21

After two days of camaraderie, research presentations, featured speakers and various panels at the downtown Hyatt Regency Hotel and the Louisville Slugger Museum & Factory, 440 conventioneers boarded 10 un-air-conditioned school buses at noon and headed for the game at Cardinal Stadium.

2 George Rorrer and Stan Denny, Redbirds: Thanks a Million (Louisville: The Courier-Journal & The Louisville Times, 1983).

20 The author was one of the co-chairs and planners of SABR 27.