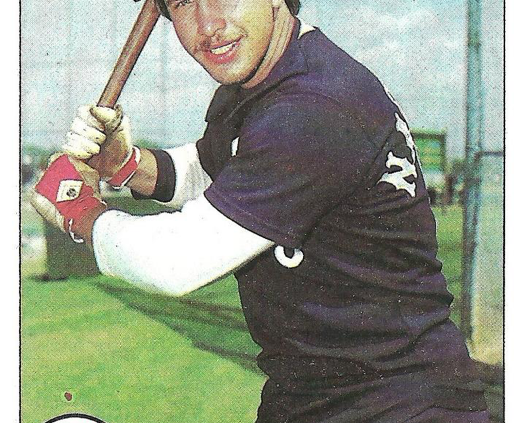 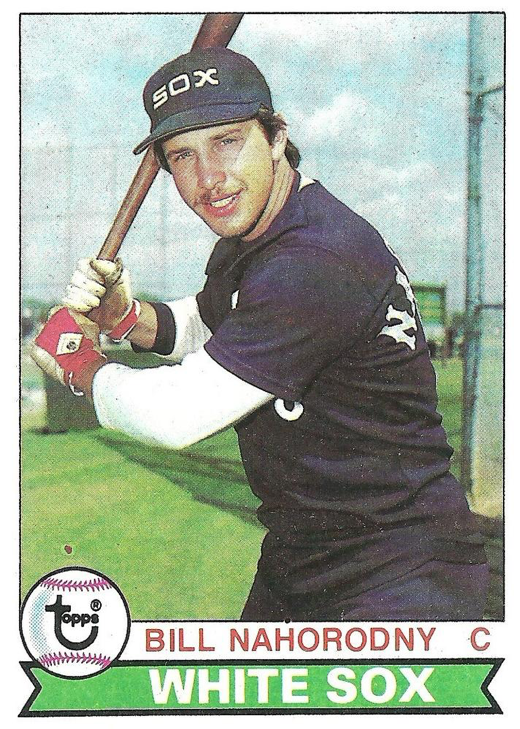 At 2:30 P.M. on Sunday, June 25, 1972, the police chief, fire chief, and elected officials in Auburn, New York, assembled for an emergency meeting. A state-owned dam on an outlet of Owasco Lake, just south of the city, showed dangerous signs of weakening after the torrential rains of recently departed Hurricane Agnes. If the dam gave way, parts of the city would flood.1

The only safe step, the officials concluded, involved the immediate evacuation of areas of the city housing about 15,000 residents … as well as the Auburn Phillies, the Geneva Rangers,2 and more than 3,000 fans who were, at that moment, watching the two Class A New York-Penn League teams play the Phillies’ home opener at Auburn’s Falcon Park. The game was halted in the top of the fifth inning, and fans and players left in an orderly fashion.3

Fortunately, the dam held, and Auburn was spared the devastation suffered by other New York and Pennsylvania cities that month. Officials lifted the evacuation order the next morning,4 and the Phillies and Rangers completed their partially played game the following day. Still, the circumstances made for a day — and night — to remember. “Crazy night, for sure,” recalled A.J. “Jim” Meerpohl, then a rookie pitcher with the Phillies.5

The season was just a few days old, and it had already been eventful for the Geneva and Auburn teams. On June 23 Bernice Gera, the first woman to umpire a professional baseball game, worked the first game of a doubleheader between the teams in Geneva — an event that drew national media attention. Gera, who ejected Phillies manager Nolan Campbell in a dispute over a call, resigned between games and left the ballpark, requiring substitute umpire Elliott Giacobello to come out of the stands and replace her.6 Giacobello and Doug Hartmayer, Gera’s partner on June 23, also worked the game in Auburn two days later.7

The short-season New York-Penn League served as a first stop for most of its players, some of whom were still in their teens and fresh from high school. The players on manager Bill Haywood’s Geneva Rangers averaged 20.1 years old. Four players from the team eventually made the big leagues, and three of them started on June 25 — center fielder Keith Smith, shortstop Brian Doyle, and first baseman Mike Hargrove.8 Hargrove was two years away from earning American League Rookie of the Year honors, while Doyle went on to hit .438 in the 1978 World Series as an unheralded last-minute substitute for New York Yankees second baseman Willie Randolph. Geneva finished the 1972 season in fifth place in the eight-team circuit, with a record of 30-40, 18 games behind first-place Niagara Falls.

Catcher Bill Nahorodny was the only Auburn player that year to reach the majors, and the 18-year-old hit cleanup for the home opener. The Phillies finished just ahead of Geneva in fourth place, with a 39-30 record, 8½ games back. Second-year right-hander Gary Kinard9 of Charleston, South Carolina, who went 3-4 with a 4.71 ERA in 1972, started the game for the Phillies. The Rangers tapped Jerry Ginter, a 22-year-old righty from International Falls, Minnesota, who posted a combined record of 0-3 and an ERA of 6.63 in eight games with two Class A teams in 1972.

Neither team did much hitting in the first four innings, but Auburn built a 3-0 lead on walks, errors, and other gifts. In the first inning, center fielder Walt “Scotty” Stolzenthaler drew a leadoff walk. Ginter threw wildly on a pickoff play, allowing Stolzenthaler to move to third, and he scored on a wild pitch. In the second, shortstop Terry Ford walked, moved to third on an error, and scored on a fly ball by left fielder Timoteo Gamundi. And in the third, right fielder Buster Pidgeon singled, took second and third on wild pitches, and came home on a sacrifice fly by Nahorodny. Meanwhile, Kinard shut down Geneva on one hit through the first four innings.10

The game was only two outs away from being official in the top of the fifth when police reached Falcon Park with the evacuation order. Dr. Thomas Stapleton, chairman of Auburn’s community-owned baseball team, was on hand for the home opener, and he made the announcement to fans, players, and umpires.11 Plans were hastily made to complete the suspended contest before a scheduled game the next day — assuming the condition of the dam permitted fans, players, and residents to return.

While the players left the ballpark, not all of them immediately left the city. Meerpohl and Auburn teammate Kevin Bryant drove from Falcon Park to a local bar and café for a meal, only to find the bar closing as water filled its basement. Meerpohl and his roommates returned to their apartment above a drugstore. At 11 P.M., not long after they fell asleep, Red Cross volunteers knocked on their door and told them to clear out.

“We were directed to a makeshift shelter, I cannot recall place or direction,12 and my four roommates and I were there for a few hours before they directed us back to our apartment,” Meerpohl remembered. “I don’t recall being scared, the foolishness of youth and athletes prevailing, but the authorities seemed to be proactive and so I felt secured by that.”13

Throughout the afternoon and evening of June 25, contractors hauled large stones into place and installed a supporting beam to reinforce and stabilize the dam, at the direction of the US Army Corps of Engineers. Based on that work, officials reduced the scope of the evacuation and allowed about 10,000 residents back into the city in the early hours of Monday, June 26. After further observation Monday morning, officials judged the dam to be stable. They allowed remaining residents to return at 8:20 A.M. on the condition that they monitor radio broadcasts in case the dam weakened and another evacuation became necessary.14 Monitoring of the dam continued, but Auburn’s flood emergency was essentially over.

The teams regrouped that day to resume the suspended game. Auburn starting pitcher Kinard, back on the mound, retired two Rangers to make the game official. Geneva starter Ginter was already gone: He’d been pulled after three innings for reliever Dave Spence, who worked a shutout fourth. Geneva’s relief pitchers continued to excel after the game resumed. Righty Bill Amason, a second-round draft pick of the Senators in 1971, took over in the fifth and threw three shutout innings, allowing only two hits. Fellow righty James Penner, a ninth-round draft choice in 1971, shut down Auburn with a hitless eighth inning.15

Kinard pitched until the eighth, when he gave up a single to right fielder Rick Young and a walk to pinch-hitter Mark Mullen. Elias Lugo relieved and retired Smith on an infield fly. The next batter, Doyle, hit a slow grounder that first baseman John Dawkins booted for one of Auburn’s five errors in the game. Young scored on the error to cut Auburn’s lead to 3-1.16

Geneva mounted one last rally in the ninth, taking advantage of more sloppy play. Third baseman Tom Worthington led off with a single but was forced at second on a grounder by left fielder Kevin Murtha. Catcher Vince Ujdur hit another grounder to force Murtha at second but took second base when second baseman Charles Franklin threw wildly to first. Designated hitter Joe LaRocca hit a foul ball to left field that was home-run distance, then reached base on still another Auburn error to put runners on first and third. Finally, Lugo got Young to ground to third baseman Ronald DeFeo, who threw to second for the game-ending force on LaRocca.17

Box scores put the time of the game at 2 hours and 45 minutes. The win continued an impressive streak for Auburn, which captured its 15th straight home opener.18 Auburn also won the scheduled June 26 game, 4-1, as starter Meerpohl — none the worse for his interrupted night of sleep — pitched into the eighth inning to earn the win.19

Neither Baseball-Reference nor Retrosheet provides box scores of minor-league games, but the June 27, 1972, editions of the Geneva Times and Auburn Citizen-Advertiser published box scores.

The author thanks FultonHistory.com for making copies of the Geneva and Auburn newspapers available online.

Image of 1979 Topps card #169 downloaded from the Trading Card Database.

2 Baseball-Reference’s page on the 1972 New York-Penn League, accessed January 5, 2021, refers to the team as the Geneva Senators. But news stories from 1972 consistently referred to the Geneva team as the Rangers, mirroring its parent club’s shift from Washington, District of Columbia, to Arlington, Texas, for the 1972 season.

5 Author’s correspondence with A.J. “Jim” Meerpohl, January 2021. Meerpohl, who is listed in Baseball-Reference as Anthony Meerpohl, pitched parts of three seasons in the minor leagues, peaking at the Double-A level in 1974.

6 Norm Jollow, “Bernice’s Appearance Brief, Explosive, Mysterious,” Geneva (New York) Times, June 26, 1972: 20. The story misspells the substitute umpire’s name as Giacobella, but his Sporting News umpire card and other references confirm it as Giacobello. He had been scheduled to work a New York-Penn League game in Williamsport, Pennsylvania, but flooding caused by Hurricane Agnes disrupted games there, so he was watching the Auburn-Geneva game as a spectator. The second game on June 23 was called off due to rain after a half-inning.

7 As per box score printed in the Auburn Citizen-Advertiser on June 27, 1972.

8 The fourth player who reached the big leagues was outfielder Bobby Thompson.

9 Kinard is listed in Baseball-Reference as Williard G. Kinard.

10 Norm Jollow, “Rangers Win Opener, Have Game Called, One Suspended,” Geneva Times, June 26, 1972: 20. The Auburn Citizen-Advertiser’s game story has Pidgeon singling and scoring in the second on Gamundi’s fly ball, and Ford walking and scoring on Nahorodny’s sacrifice fly in the third. This account opts for the Geneva Times’s version of events based on the Rangers’ batting order. Since Nahorodny batted fourth and Ford sixth, it would have been impossible for Nahorodny to drive in Ford with a sacrifice fly.

12 Shelters were established at five schools outside the flood zone, according to “Day-By-Day Summary of Flood Emergency.”

16 “Williamsport Here for Games This Week.”

18 “Williamsport Here for Games This Week.”