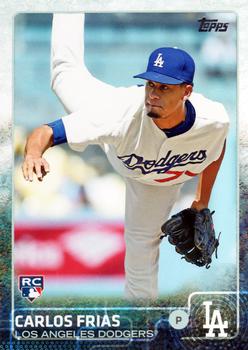 In front of the largest home crowd of the season so far at renovated Wrigley Field, the Chicago Cubs lost to the Los Angeles Dodgers, 4-0, on Thursday afternoon, June 25, 2015, before departing to St. Louis for a series against the Cardinals. In addition to the 41,498 fans seated in the friendly confines, additional fans looked on from bleachers atop buildings overlooking the ballpark. It was all downhill for the home team after Paddington Bear threw out the first pitch.

The game got underway at 1:22 P.M. Skies were overcast, and the temperature at game time was 73 degrees.

Jon Lester started for the Cubs. The left-hander with the big contract1 was winless in his six previous starts and faced an all-righty lineup selected by Dodgers manager Don Mattingly. Lester was taken out of the game for a pinch-hitter in the bottom of the fourth inning after throwing 75 pitches, 24 in the first inning alone. In his four innings on the mound, he gave up four runs which were all the Dodgers would need.

On the mound for the Dodgers was Carlos Frias. He had been battling the flu earlier in the week but was ready to go in the Thursday matinee.2

It was not the Cubs’ day. Star rookie third baseman Kris Bryant, also suffering flu-like systems, left the game after the second inning. He had struck out in his only plate appearance. Despite being in ill health, he had started his 63rd consecutive game since joining the Cubs in April. Factoring into his decision to start was the absence of shortstop Starlin Castro. Castro was late in arriving at the game after attending the birth of his second child, Scarlett. Castro made his way to the ballpark and entered the game as part of a multiple player switch in the sixth inning that involved six players and one overworked official scorer. In all, Cubs manager Joe Maddon made four multiplayer switches in the game and 17 Cubs saw action. Dodgers manager Mattingly was not far behind in maneuvering, even with a four-run lead. The former Yankee made two multiplayer switches and used 16 players.

By the time the Cubs came to bat in the first inning, the Dodgers were ahead 2-0, due in part to early wildness by Lester, who gave up two first-inning walks. With one out, Jimmy Rollins bunted for a single, and successive walks to Justin Turner and Scott Van Slyke loaded the bases. Howie Kendrick lined a double down the right-field line, scoring Rollins and Turner. The two runs raised Lester’s first-inning ERA for the season to 5.40.3

Injuries were plaguing the Cubs. Dexter Fowler missed his third consecutive start in center field with a strained left ankle. Although he did get into the game as a pinch-hitter in the eighth inning and played center field in the ninth (going into the field as part of a double switch), he was unable to help his team avert the loss. He struck out leading off the eighth and limped his way through his one inning in the field.

“Rossie did a great job of going out there and got between (home-plate umpire Andy Fletcher) and Jon Lester. I was able to talk to Andy and I think it settled down after that.” – Cubs manager Joe Maddon4

The only real excitement on an otherwise dull afternoon came in the second inning. After Lester issued a walk to the Dodgers leadoff batter, A.J. Ellis, the pitcher stood at the mound, head down, yelling at himself. Home-plate umpire Andy Fletcher, thinking the harsh language was directed at him, began to walk toward the mound. Cubs catcher David Ross intercepted the arbiter, and Cubs manager Joe Maddon came out to talk with the umpire and save his battery from potential expulsion. Things calmed down, and play resumed as spectators could only speculate as to why the umpire had even thought to charge the mound.

Frias was the next batter. He bunted down the first-base line but Ellis was forced at second base. The next two batters completed the Dodgers’ scoring. Enrique Hernandez drove in Frias with a triple that went over the head of center fielder Chris Denorfia, starting in place of Fowler, and rolled to the wall in deep center field. Hernandez scored on a single to center field by Rollins. It could have been a worse inning for the Cubs. With Rollins on first, Turner lined a ball to the gap in left-center field, and a great diving catch by Denorfia in front of the 368-foot sign kept the score at 4-0.

Meanwhile, Frias was cruising along for the Dodgers, although there were a couple of rough patches. He pitched five shutout innings, striking out five and walking three, before turning the ball over to the bullpen. The Cubs threatened in the fourth and fifth innings. With two on and two out in the bottom of the fourth, Miguel Montero pinch-hit for Lester. Lester had retired the last six batters he faced, but the Cubs needed runs. Chris Coghlan, who had walked and advanced to second on a single by David Ross, tried to score on a single by Montero. The scoring attempt was ill-advised as Coghlan was out by at least 10 feet. He was gunned down by left fielder Alex Guerrero with catcher A.J. Ellis applying the tag at the plate for the final out of the inning.

In the fifth inning with one out, Denorfia singled and advanced to third on a double by Anthony Rizzo. It was Rizzo’s third hit in as many plate appearances. Frias bore down and struck out Matt Szczur and Coghlan. Manager Mattingly was about to send Frias out for the sixth inning, but the pitcher’s back had stiffened up, and his day was over. Joel Peralta succeeded Frias on the mound and was followed by J.P. Howell, Yimi Garcia, and Kenley Jansen. Each of the relievers pitched a scoreless inning.

The Dodgers almost added to their lead in the seventh inning. With two out Justin Turner, the former Met who had become a fixture at third base, launched a fly ball to left. It was ruled a homer, but after review was ruled a triple. Replay showed that the ball had hit the top of a short protruding fence in front of the left-field wall before bouncing back onto the field.5 Turner was stranded at third base when Van Slyke flied out to center field. Turner, who had not even been tendered a contract with the Mets after the 2013 season, was now batting .324 with 10 homers in his second season with the Dodgers.

The loss went to Lester and was his sixth of the season against four wins. His ERA rose to 4.03. Frias, in bringing his record to 5-5, allowed seven hits in five innings. The only hit yielded by the quartet of relievers was a double by Chris Denorfia (his second hit of the game) off J.P. Howell in the seventh inning.

Bryant was back in action the next day and played in all but three of his team’s remaining games in 2015, batting .275 with 26 homers and 99 RBIs. He was named to the All-Star Team and was voted the National League Rookie of the Year.

The win gave the Dodgers a split in the four-game series and brought their record to 41-33. They sat atop the NL West, one game ahead of the Giants. They went on to win the division but lost the Division Series to the Mets. The Cubs were at 39-32 and with a late-season spurt finished with a 97-65 record, in third place in the NL Central. In the postseason they defeated the Pirates and Cardinals in the first two rounds before losing to the Mets in the NLCS.

The Dodgers’ Clayton Kershaw, who had won the MVP and Cy Young Awards the prior season, was still effective, posting a league-leading 301 strikeouts, his career high as of 2018. He tied for the league lead in complete games and shutouts. Manager Don Mattingly left after the season and was replaced by Dave Roberts. The Dodgers were in the midst of a string of postseason appearances but could not win the last game. From 2013 through 2018 they appeared in six consecutive postseason competitions, including two World Series, but couldn’t get the big trophy. Cubs pitcher Jake Arrieta won the Cy Young Award and tied for the league leads in complete games and shutouts. In 2016 Kris Bryant was the MVP as the Cubs won the World Series for the first time in over 100 years. The 2015 postseason appearance launched the Cubs on a string of four consecutive appearances, all under manager Joe Maddon, who had taken over as manager at the beginning of the 2015 season.

In addition to the sources listed in the Notes, the author used Baseball-Reference.com, MLB.com Gameday, and

5 Dylan Hernandez, “Dodgers 4, Chicago 0, Turner Sticks with Dodgers; He has Become the Starter at Third and One of the Team’s Best Hitters,” Los Angeles Times, June 26, 2015: D-1.