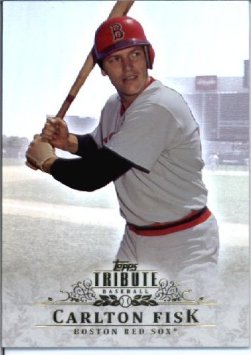 As the Red Sox prepared to host the New York Yankees in the first of a four-game series at Fenway Park, there was a sense of wariness in the air. Less than a week earlier, Boston held a three-game lead over New York. After losing two out of three at Baltimore and three straight to the Cleveland Indians, the Red Sox had fallen a game and a half behind New York, which had taken first place on a five-game winning streak. The closeness of the race and the Yankees – always a good draw – combined to bring out 34,293 attendees, the largest crowd of the year.i

Save for finishing a half-game behind the Detroit Tigers in the strike-shortened 1972 season, the Red Sox had not done well since winning the pennant in 1967. They had four third-place and two second-place finishes, but nothing to seriously challenge the almost perennial division champion Baltimore Orioles. The season had started out with great promise, fueled to a great extent by two exciting rookie outfielders, Fred Lynn and Jim Rice, who were demonstrating an ability to hit for both power and average. A little over a week before, Lynn had hit three home runs and driven in 10 runs during a 15-1 thrashing of Detroit, serving notice of his talent. But now a slump – was Boston destined to fall back in the pack as in previous years? The Yankees, who narrowly missed a division championship the previous season, two games behind Baltimore, were in town and on a roll.

While there was some concern over the Red Sox’ recent travails, close observers of the game were less wary about Boston’s chances as the game began. Luis Tiant, the Red Sox ace (10-6), would be facing Pat Dobson (8-5). Knowing fans could claim a degree of comfort in this matchup. Dobson’s record against Boston going into the game was a mediocre 8-10, Tiant’s record against the Yankees was 19-8, including a streak of seven straight wins at home going back to 1972.ii There was also cause for optimism in the return of Carlton Fisk to the lineup. Fisk had been out of baseball almost exactly a year, having suffered severely torn knee ligaments in a play at the plate in June 1974. After recovering from surgery, and further plagued by a broken arm during spring training, Fisk had made his first appearance of the season in the Cleveland series three days before.

Tiant’s early performance belied past success. He opened the first by hitting Bernie Williams and walking Roy White. Chris Chambliss then lined a pitch to deep right field. Bernie Carbo made a great catch before slamming his chin into the wall in front of the Yankees bullpen, biting his tongue and collapsing, momentarily stunned. Williams, seeing Carbo lying on the ground, scored from second on Chambliss’s unusual sacrifice fly. Having almost given up a three-run homer somehow refocused Tiant as he retired the next two batters without incident and would prove most effective the rest of the game.

The Yankees held their slim lead until the bottom of the fourth, when the Red Sox struck. Rick Burleson and Carl Yastrzemski singled off Dobson. That brought Lynn to the plate. Lynn was in the midst of a fantastic rookie year; he entered the game leading the majors in slugging at .614, was batting .341, and was tied with Graig Nettles of the Yankees for the league lead in RBIs. Lynn tripled past Williams in center to put Boston in front. One batter later, Cecil Cooper singled to give Boston a 3-1 lead. Tiant retired the side in order in the fifth, continuing his mastery over New York.

Carbo had saved two runs in the first; in the sixth it was Yastrzemski’s turn to dazzle Red Sox fans. With two outs and nobody on, Thurman Munson ripped a line drive off the left-field wall; Yastrzemski threw Munson out as he tried to leg out a double.

In the bottom of the seventh, Boston struck again. With one out Fisk came to bat. He had not overly distinguished himself since returning to the lineup, managing two singles against Cleveland – and this evening had just a bunt single in the fifth. Working a full count against Dobson, Fisk hit the pitcher’s next offering into the left-center-field screen for his first home run of the season– and his first since June 17 the year before. He was so elated that he hopscotched between first and second and clapped his hands the rest of the way around the bases. Denny Doyle followed with a single off Dobson, who was then replaced by Sparky Lyle. It was not to be Lyle’s night, either, as he allowed successive singles to Rick Miller and Burleson, allowing another run to score. Lynn then singled, driving in his third run of the evening.

Tiant gave up two singles in the eighth and two more in the ninth but no scoring took place. By the ninth inning, Red Sox fans decided to get into the game – literally. One ran onto the field with a handful of All-Star ballots and presented them to Lynn, who signed one and brought the rest into the dugout. All, as it turned out, had Lynn’s name on them. Another fan threw a Frisbee onto the field. New York shortstop Jim Mason expertly sailed it into the Yankee dugout, one of the few things that had gone right for the Yankees. These sideshows – and the game ended with Tiant striking out Rick Dempsey. Tiant won his 11th game of the year, putting the Red Sox just half a game behind New York.

While Tiant was rightfully the big story of the night, Fisk’s home run was a solid signal that he was back. He was ecstatic, “All I was thinking about while I was jumping up and down was to make sure I touched all the bases. That would have been a hell of a time to miss one. I was a happy guy when I saw it hit the nets, you can believe that.”iii

Perhaps in the rush to talk to Fisk, Tiant’s effort was ignored. Dressing quickly, he told reporters who approached him that “I have nothing to talk about.”iv Perhaps so, but Yankee outfielder Bobby Bonds did: “I haven’t faced Tiant since 1969. He’s the same pitcher. His motion doesn’t bother me but there’s something about his fastball that’s tough. He throws it high and that’s usually a good one to hit but it seems to rise at the last minute. He has all the pitches, though, and was just in full command out there.”v

Boston’s win was the first of three the Red Sox took from New York in the four-game series. After beating the Yankees in the final game, Boston took a half-game lead in the division. They were never out of first place the rest of the season. Beginning on July 7, Boston embarked on a 10-game winning streak, to all intents ending the Eastern Division pennant race. Fisk’s comeback proved successful; he went on to hit .331 for the year and, showcasing his talents on the national stage, hit a home run to win the sixth game of the World Series against Cincinnati. Lynn continued to hit well, batting .331 with 105 RBIs, and won both the Rookie of the Year and Most Valuable Player awards – the first time this feat was ever accomplished. After beating New York, “El Tiante” went on to post an 18-14 record despite experiencing back injuries during the course of the season. Recovering, he went on to beat Oakland on a three-hitter in the opening game of the League Championship Series, and defeated the Reds in Games One and Four of the World Series.

i Statistical data for the game obtained from Retrosheet.