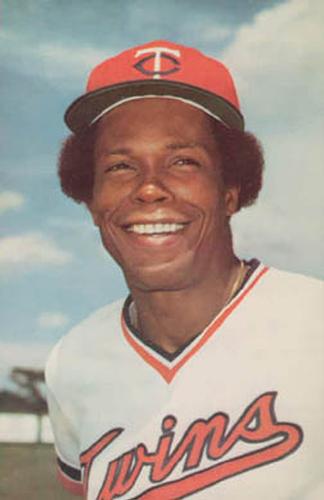 In baseball nothing is inevitable. All the right ingredients can turn into the most boring of games. But every once in a while those ingredients mixed just right turn into a memorable feast. Maybe not a subtle, nuanced meal that requires a discriminating palette but a long, raucous Sunday-afternoon backyard barbecue potluck with the family and neighbors where everyone eats too much and maybe one or two of the adults overindulge. Such was the June 26, 1977, game between the Minnesota Twins and visiting Chicago White Sox. As host Gene Mauch started from the first-base dugout to hand his lineup card to home-plate umpire Steve Palermo, the Twins’ ticket booth workers were turning away out-of-luck fans. The Twins’ “Jersey Day” promotional giveaway, a Twins tee-shirt emblazoned with the number “29” of its perennial all-star Rod Carew, was partially responsible for the large crowd but didn’t tell the whole story.

The Twins entered the weekend series in second place in the American League West Division with a record of 38-30, a mere two one-thousandths of a percentage point behind the division-leading White Sox (37-29). The Friday night game was prelude to Sunday’s affair in many ways as the Twins claimed first place with a 7-6 victory thanks to Lyman Bostock’s eighth-inning solo home run. Meeting Mauch and Palermo at the plate on Sunday was White Sox manager Bob Lemon, whose slugging South Side Hitmen had taken back first place the previous night with an 8-1 victory. That gave the White Sox 28 runs against the Twins in just four games in 1977. Sprinkle in 90-degree heat, clear blue skies, and a strong breeze blowing out to the left-field bleachers, and the party was on.

The Twins had surprised everyone by putting together an excellent start to the 1977 season. Pitching and fielding certainly weren’t their forte. Mauch had made a point of trying to improve the defense during spring training after his club led the AL in errors the previous season. Having lost All-Star reliever Bill Campbell to free agency, an already-suspect pitching staff was also dealt a serious blow in April when pitchers Mike Pazik and Don Carrithers were seriously injured in a car accident. The Twins were relying on the likes of outfielders Larry Hisle, Bostock, Disco Danny Ford, sophomore All-Star catcher Butch Wynegar, and, of course, Carew to carry them. As Mauch explained to Larry Keith of Sports Illustrated, “I just tell the starters to bust it for as long as they can, and then I go to the bullpen. We want to contain the other team long enough for us to get our offense in operation.”1

On the South Side of Chicago the equally surprising White Sox had slugged their way to the top of the division. The White Sox were not relying on pitching and defense either. The second season of the free-agency era saw owner Bill Veeck employ a “rent-a-player” strategy in hopes of making the team competitive. Veeck had traded for unsigned option-year players Oscar Gamble and Richie Zisk before the season. He also added free-agent third baseman and former Twin Eric Soderholm, a player coming back from knee surgery, to bolster a lineup that already included Ralph Garr, Chet Lemon, Jim Spencer, and Brian Downing.

Starting in right field for the Twins that afternoon was Glenn Adams. Adams, a nine-year pro, had come to the Twins after stints in the Astros’ minor-league system and with the Giants in the majors. Describing his National League experience, Adams said, “Well Houston only wants outfielders who can run the 100 in 9-flat and the Astros don’t care if they can hit or not. The Giants just thought they had better players.”2 The former Pacific Coast League batting champ3 was available and Mauch, also a former National Leaguer, knew he could hit. In December 1976 the Twins paid the Giants $50,000 for his rights.4 Although he was hitting .329 as he divided his time among designated hitter, right field, and pinch-hitter, nobody anticipated what was to happen this Sunday.

The first four innings saw the Twins plate 15 runs and Adams had a hand in many of them. He came to the plate in the first inning with the bases loaded and doubled to right-center to drive in Carew and Bostock. In the second, it was, as Yogi Berra would say, déjà vu all over again with the bases jammed with Twins. Adams’s grand slam off starter Steve Stone made the score 8-1 and brought Dave Hamilton in from the bullpen to finish the inning. Lemon lamented after the game, “Our pitchers don’t dare pitch up, but everybody was up today.”5

Twins starter Bill Butler didn’t fare much better than Stone. In the third with one out, Chet Lemon singled and Lamar Johnson homered. A walk to Richie Zisk and a home run by Soderholm ended Butler’s day. Mauch summoned Twins closer Tom Johnson. The Twins’ answer to the loss of Bill Campbell, Johnson entered the game with an ERA of 1.82 and eight wins in his 32 appearances. He gave up two more runs before the end of the inning, and by the time the Twins batted again in the bottom of the third, the White Sox had narrowed the margin to 8-7.

After a walk, two singles, a groundout, then another single in the Twins’ third, Adams singled to drive in Wynegar for his seventh run batted in (RBI). The score now stood at 12-7. In the seventh, again the sacks were full of Twins as Adams made his way to the plate. (Adams told St. Paul Pioneer Press writer Patrick Reusse after the game: “Well, a guy could knock in 300 runs if the bases were loaded every time he came to the plate.”)6 Adams’s sacrifice fly netted his eighth RBI of the afternoon, a Twins record. Gene Mauch described the day this way, “It was a great day for hitting and there were some very good hitters swinging the bat. Some very good hitters and one unreal hitter.”7 That “unreal hitter” was Rod Carew. Carew entered the game on a torrid streak, and his batting average at .396. Since June 1, he was 40-for-87, a .459 average. The day before the start of the White Sox series, Mauch commented, “I’ve never seen anything like it. The year (1957) Ted Williams hit .388, I knew I would never see anything like it again. I was wrong.”8 Twins shortstop Roy Smalley said wryly, “My goal is to hit 100 points less than Rodney.”9

A double in the first followed by a single in the second inning put Carew at an even .400. As the Twins flashed the news via the scoreboard to the capacity crowd of 46,463, they rose for the first of three standing ovations. In the fourth, after Carew singled in Bob Randall with the Twins’ 14th run, the crowd, including 20,000 youngsters either wearing or holding jerseys of their hero, rose again to show its appreciation. Carew tipped his hat to acknowledge the cheers. Wynegar singled home Carew and the inning ended with the Twins enjoying a 15-8 lead. The White Sox added solo home runs by catcher Jim Essian and Lemon in the fifth to make it 15-10, but Carew and the partisans would have the last word.

In the eighth the crowd went absolutely crazy when Carew collected his fourth hit and sixth RBI of the day on a two-run home run to left field off Larry Anderson. That made the score 17-10, and raised Carew’s average to .403. “I’ve never seen anything like it,” Carew said. “To tell you the truth, I’m a little embarrassed because I didn’t know how to react.”10 The manager knew what to do. “I told Rod to go out and tip his cap. And only because it is him. The fellows in the other dugout know that. That crowd wants the reaction from Carew. They know he isn’t trying to show anyone up. After all there is only one Rodney.”11

When Johnson got Chet Lemon to fly out for the final out and his ninth win, the score stood 19-12. The Twins were back in first place and their record book needed some updating. In addition to the new regular-season attendance mark and Adams’s RBI record, Carew’s five runs scored was a record. The Twins’ 19 runs scored and the 31 runs by both teams were also new records. In addition to those records, the St. Paul Pioneer Dispatch reported that Met Stadium ushers and Bloomington police also had to reunite almost 100 lost children with their families and deal with more than a few cases of inebriation.12 In the fourth inning a fan climbed the left-field foul pole and had to be talked down. (That fan was future SABR member Stew Thornley.13)

Mauch summed it all up: “I’ve never had a game like this. Not anything close.”14

3 Playing for Phoenix, Adams led the Pacific Coast League with a .352 batting average in 1974.