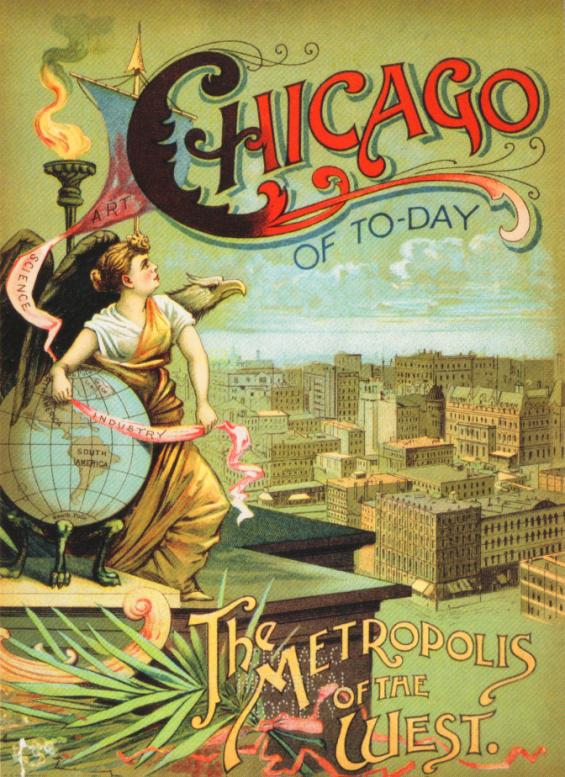 “With the dedication ceremonies of the World’s Columbian Exposition … young Chicago made her debut in the society of the world.” — Hobart C. Chatfield-Taylor, 18931

Celebrating 400 years since Christopher Columbus discovered America, the Columbian Exposition opened in Chicago on May 1, 1893. By hosting this World’s Fair, “the Metropolis of the West” declared that it was not an uncouth “land of wind, dust and stockyards,”2 but a city of progress and innovation, “almost magical in its growth and practically unlimited in its capabilities.”3

Nearly 28 million visitors attended the Chicago World’s Fair from May to October 1893. Fairgoers were enthralled by the many attractions, including the first Ferris wheel, 250 feet in diameter. The fairgrounds covered more than 600 acres; to see everything required more than 150 miles of walking.4

Tuesday, June 27, 1893, was designated as “Brooklyn Day” at the Fair, and about 2,000 visitors from Brooklyn, New York, attended. The Brooklyn baseball club, known as the Bridegrooms,5 also attended, toured the fairgrounds and mingled with the Brooklynites.6 The team was in town for a three-game series, June 26-28, against the Chicago Colts.

The series was played at the new West Side Grounds, which had opened in May. With a seating capacity of 13,000,7 it was “a fine new ball park, perhaps the best in the world,” touted the Chicago Tribune.8 The price of admission ranged from 25 cents to a dollar, but on June 27, Brooklynites were offered free admission as guests of the Bridegrooms, and several hundred took advantage of the opportunity. The game began at 3:45 P.M., with the weather “cloudy and cool” and attendance estimated at 2,100.9

The Bridegrooms were led by a 36-year-old playing manager, Dave Foutz. Nicknamed “Scissors” because he was tall and slim, Foutz was a popular and courteous gentleman.10 Under his leadership, the team started well in 1893; a record of 30-18 through games of June 26 put them in third place, one game out of first place in the 12-team National League.

The Colts, on the other hand, were off to a slow start; their 19-27 mark put them in 11th place. Guiding them was the venerable Adrian Constantine Anson. The 41-year-old playing manager known as “Uncle” Anson (he also went by the more familiar “Cap” or “Pop”) was in his 18th season with the Chicago ballclub. “World’s fairs may come and World’s fairs may go, but Anson remains as the world’s wonder in baseball,” wrote sportswriter O.P. Caylor.11

Foutz chose Ed Stein, a 23-year-old right-hander, as his pitcher, while Anson selected a 25-year-old right-hander, Tom Parrott. “Stein’s pitching is the sensation of the season,” said Sporting Life; he used his “great speed” to throw a one-hitter against the Philadelphia Phillies in the Brooklyn home opener on May 5.12 Parrott made his major-league debut with the Colts on June 18, but NL President Nick Young ruled that the rookie belonged to the Cincinnati Reds and ordered the Colts to surrender him to the Reds.13 Anson’s decision to start him on June 27 was in open defiance of this ruling. 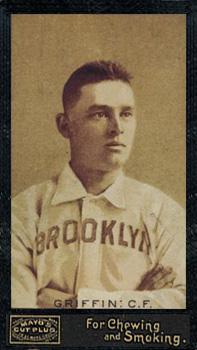 As the home team, the Colts elected to bat first, and they pounced on Stein’s pitching. Jimmy Ryan led off with a triple and was followed by singles by Bill Dahlen, Sam Dungan, and Bill Lange, as well as a walk, a hit batsman, a passed ball, and two fielding errors. An avalanche of eight runs sent Stein to the showers. The damage could have been worse, but Mike Griffin, Brooklyn’s brilliant center fielder, made an outstanding catch and throw to double up a baserunner and end the rally. Griffin contributed on offense in the bottom of the first inning by drawing a walk, advancing to third base on a passed ball, and coming home on a sacrifice to score the first Brooklyn run.

The Bridegrooms’ Thomas “Oyster” Burns was known for his repartee on the coaching line. When his team was trailing 8-0, he shouted, “Hear ye, ye Chicago hirelings, ye may shout about the prowess of your fair, and my feet are bulbous from its paths, but your ball team is not in it with us; we’ve won lots of games like this this summer, and we’ll win this. You see if we don’t!”14

Foutz put Tom Lovett in to pitch in the second inning and the veteran right-hander silenced the Chicago bats while the Bridegrooms staged the comeback predicted by Burns. In the third inning, after an error and a walk, consecutive singles by Dan Brouthers, Con Daily, and Burns netted three runs for the visitors. And the next inning they erupted for nine more runs to take a 13-8 lead, in an onslaught that included a bases-loaded triple by Griffin and nine singles, two each by Lovett and Foutz, who batted around. Brooklyn fans cheered wildly, while the Chicago rooters conveyed their frustration with Tom Parrott, the beleaguered Colts hurler, by shouting, “Send him to Cincinnati!”15

The Bridegrooms demonstrated their defense in the fourth inning. Anson led off with a single, but when he tried to stretch it to a double, he was thrown out by left fielder Foutz. Then, after Lange walked and Walt Wilmot doubled, Jiggs Parrott (brother of Tom) lifted a fly ball that was caught by Griffin. The speedy Lange tagged up at third base and headed home, but Griffin threw him out from center field by “a magnificent throw to the plate.”16

The Colts finally scored a run off Lovett in the seventh inning when William Schriver singled and Ryan followed with a double. Meanwhile, Tom Parrott pitched three scoreless innings after the disastrous fourth inning. He surrendered a solo homer to Tom Daly in the eighth, and the Colts trailed 14-9 heading into the ninth.

The late-afternoon sun made Foutz’s job in left field nearly impossible. He lost consecutive fly balls to start the ninth inning, for which Tom Parrott and Schriver were credited with doubles. Ryan drew a walk, Dahlen flied out to Burns in right field, and Dungan doubled to left, driving in two more runs, and the lead was cut to 14-12.

With one out and Dungan on second base, Anson singled to center field. Dungan scored on the base hit, but Anson was again thrown out trying to stretch a single into a double, this time by Griffin, who notched yet another assist. Finally, after Lange reached base on an error, Wilmot flied out to Griffin to end the game.

The final score was Brooklyn Bridegrooms 14, Chicago Colts 13. The Colts left 11 men on base, while the Bridegrooms stranded only four men. With the victory, the Bridegrooms moved into a three-way tie for first place with the Boston Beaneaters and Philadelphia Phillies.

And shortly after the game, the Colts sent Tom Parrott to Cincinnati.

The author relied on the detailed game coverage appearing in the June 28, 1893, issue of the Brooklyn Daily Eagle.

5 Baseball-reference.com, accessed January 14, 2017, refers to the team as the Brooklyn Grooms, but several newspapers, including the Brooklyn Daily Eagle, called them the Bridegrooms in 1893.