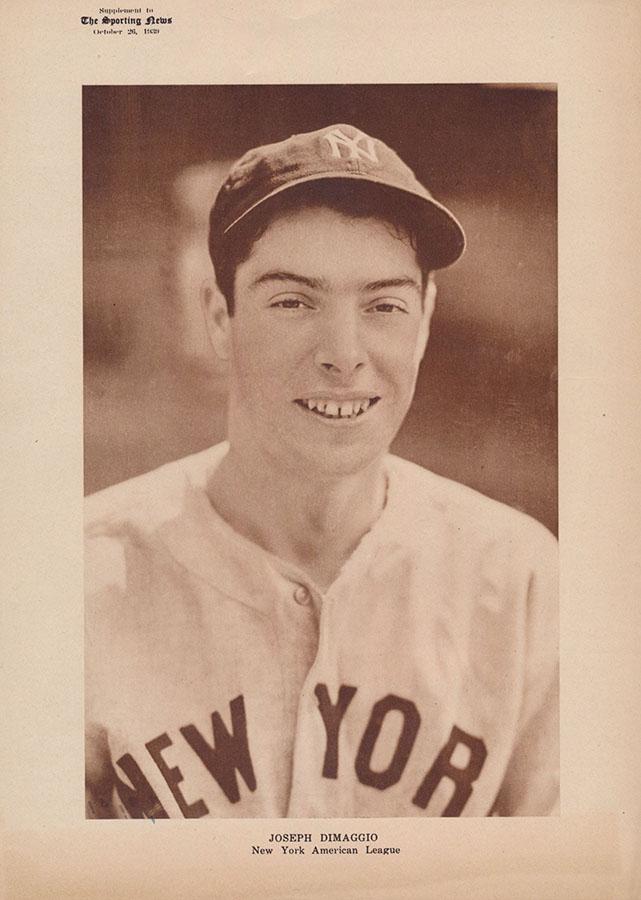 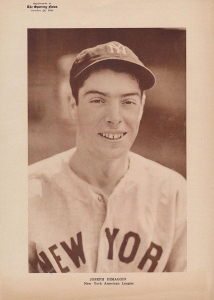 What is a juggernaut? According to the Merriam-Webster Dictionary, it is a massive inexorable force, a campaign or object that crushes whatever is in its path. Since April 20, 1939, when the American League season began for the New York Yankees, they had been a juggernaut. In the May 2 game, New York defeated the Detroit Tigers, 22-2, and then went on to score 10 or more runs in a game 12 times before their game on June 28 with the Philadelphia Athletics. New York had a record of 46 wins and 13 losses going into the game as they pursued their fourth World Series title in as many years.

That was the good news for the Yankees. There was also bad news: Eight games into the season, their ironman first baseman, Lou Gehrig, had asked manager Joe McCarthy to bench him so he would not hurt the team. Gehrig had played in 2,130 consecutive games and eventually would be diagnosed with amyotrophic lateral sclerosis or ALS, also known as Lou Gehrig’s disease. (Gehrig died in 1941, never having played in another major-league game.)

The Athletics on June 28 were in sixth place with a record of 25 wins and 35 losses. Connie Mack, the manager-owner of the Athletics, had begun to dismantle the team that won three pennants and two World Series between 1929 and 1931. Gone from those dominant Athletics teams via trade or sale were Mickey Cochrane, Jimmie Foxx, and Lefty Grove, three of the team’s biggest stars. Beginning in 1935, Philadelphia finished no higher than seventh in the standings until 1944, when they finished fifth.

The June 28 games with the Yankees were the last two in a 14-game Philadelphia homestand. On the mound for the A’s was Lynn Nelson, who entered the game with a 5-2 record and a 4.29 ERA. The Yankees starter was right-hander Monte Pearson, who had a 6-1 record and a 4.13 ERA.

In the Yankees’ first inning, Red Rolfe singled with one out. Tommy Henrich flied out, and when Joe DiMaggio singled, Rolfe was thrown out trying to advance to third base. For Philadelphia in the first, Wayne Ambler reached with one out on an error by Rolfe. Dee Miles flied out and Ambler was forced out at third base by Bob Johnson.

Bill Dickey opened the second inning for Bronx Bombers1 with a home run. Then George Selkirk and Babe Dahlgren singled around a strikeout of Joe Gordon to put runners on first and second with one out. They executed a double steal, but the Athletics wiggled out of the jam when Nelson got Pearson to pop out and Frank Crosetti to ground out. Philadelphia quickly came back to tie the score when pitcher Nelson’s two-out single scored Sam Chapman.

Nelson quickly got two fly outs in the third inning, but the Yankees struck just as quickly. DiMaggio hit a solo home run and Selkirk and Dahlgren smashed two-run shots, and suddenly New York had a 6-1 lead. After pitcher Pearson singled, Nelson was lifted; he was replaced by Bill Beckmann, a rookie. Beckmann got Crosetti to fly out and the carnage was over for the moment.

Philadelphia got one of the runs back in the bottom of the third inning when Dee Miles walked with one out, went to third on a double by Bob Johnson, and scored on Frankie Hayes fly ball.

The top of the fourth inning could best be described as like a snowball rolling downhill. It got bigger and bigger and picked up momentum. Rolfe led off with a single, took second on a passed ball, and scored on a single by Henrich. DiMaggio hit a two-run homer off Beckmann. Dickey singled. Selkirk grounded out but Gordon hit the Yankees’ second home run of the inning and sixth of the game to make the score 11-2. The Yankees weren’t finished. Pearson walked, Crosetti singled, and Pearson scored on Rolfe’s second hit of the inning (off Bob Joyce, who had replaced Beckmann). Henrich got his second hit of the inning, a double that scored Crosetti and Rolfe. The ninth run of the inning came when Dickey reached on an error by second baseman Joe Gantenbein and Henrich scored. The inning ended with the Yankees leading 15-2.

Pearson, after Philadelphia scored its second run in the third, held the A’s scoreless the rest of the way. He pitched a complete game, giving up seven hits and walking four.

Bob Joyce pitched the final 5⅓ innings for Philadelphia. The New Yorkers got to him for nine runs (seven earned) and 11 hits. In the top of the sixth inning, Henrich led off with a home run, the seventh of the game for the Yankees. After a walk to DiMaggio and a single by Dickey, Selkirk doubled both home. Gordon’s single scored Selkirk and put New York up 19-2.

The Yankees were still on high idle coming to the top of the seventh inning. DiMaggio reached on an error by third baseman Dario Lodigiani, went to second on Dickey’s groundout and scored on a single by Selkirk. Gordon singled and Dahlgren hit New York’s eighth home run of the contest to make the score 23-2.

The rest of the game was uneventful, with no more scoring. The Yankees’ 53 total bases on 27 hits broke the team mark of 50 total bases in a game, set in 1932.2 The Yankee juggernaut kept rolling in the second game; they won 10-0 and added five more home runs to raise their total for the day to 13. “It was an unparalleled exhibition of swashbuckling,” wrote a Philadelphia newsman.”3 The home-run barrage was led by Dahlgren, DiMaggio and Gordon with three each.4 Dickey, Selkirk, Henrich, and Crosetti each hit one.5 Only Red Rolfe among the Yankees’ starters did not have a round-tripper.6 The eight home runs in the 23-2 game broke by one the major-league record for homers by one team in a game.7 The former record of seven was held by six teams, including the Yankees and Athletics.8 The record was originally set in 1886 by the Detroit Wolverines of the National League.9 Just 22 days earlier, on June 6, the New York Giants hit seven home runs in a game against the Cincinnati Reds.10 The Giants won the game, 17-3.

In addition to the sources cited in the Notes, the author consulted the Baseball-Reference.com and Retrosheet.org websites.