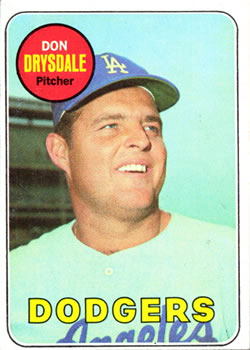 It was June 28, 1969. The San Diego Padres were about halfway through their inaugural season in the major leagues. With his pitching staff wrecked by injuries and retirements, Padres manager Preston Gomez opted to give a 23-year-old rookie, who missed spring training because he really wanted to be a dentist, a start against a first-place Los Angeles Dodgers team that had already scored 10 or more runs against the Padres three times. Also, the Padres were without their top hitter, Nate Colbert, out on military duty. What could possibly go wrong? In the end, everything.

Before a crowd of 13,342 curious onlookers, the Dodgers dismantled the Padres that night by a margin of a 19-0. It would be the Padres’ SECOND loss by that score already in their very young history.

San Diego’s starting pitcher, Steve Arlin, was a highly regarded prospect, grabbed from the Phillies during the expansion draft. Arlin, baseball’s version of Hermey the Elf (the misfit elf exiled by Santa Claus in the Rudolph the Red-Nosed Reindeer TV special for wanting to be a dentist instead of a toymaker), liked baseball, but he also wanted to have a job after his playing days were over. Arlin had made arrangements with the Phillies (who originally signed him) and the Padres to skip spring training so he could attend dental school at Ohio State.

The Padres, who were eager to use any healthy arms, called Arlin up to the majors and put him into a game in relief against the Dodgers on June 17. It was a shaky outing, but two better ones followed, so Gomez, looking for someone to pitch on this night, gave Arlin the ball.

Dodgers manager Walter Alston sent his team’s longtime pitching stalwart and last connection to its Brooklyn days, Don Drysdale, to the mound. After Drysdale’s then-record 58-inning shutout streak in 1968, his pitching shoulder started to give him trouble. He missed the final month of 1968, and in 1969, Drysdale looked like only a shadow of his once fear-inducing self.

The Dodgers lineup was solid, although not spectacular. Arlin told the San Diego Union after the game that the batter he thought was the toughest was first baseman Wes Parker.1 Center fielder Willie Davis was bouncing back from a rough 1968, although that was more or less the case with every hitter from that pitching-dominated year.

Arlin’s first pitch of the game went to the backstop. His second pitch of the game did the same. Eventually, leadoff batter Maury Wills reached on an infield hit. Wills got to second, but Arlin got out of the inning. In the second, Parker hit a solo homer to give the Dodgers a 1-0 lead.

In the third inning, the Padres had an inning that summed up life as an expansion team. The first three Dodgers reached and a run scored. Arlin retired Parker and Tom Haller, nearly escaping trouble again. Then a wild pitch scored another run and opened up first base. Jim Lefebvre was intentionally walked in favor of pitching to rookie Ted Sizemore. Arlin threw his second wild pitch of the inning and third overall, sending Lefebvre to second. Sizemore singled home the Dodgers’ third run of the inning.

Gomez decided that Arlin had had enough. Tommie Sisk came into relieve. Sisk faced six batters. He retired none of them and left with the Padres trailing 9-0 and the bases loaded for San Diego’s third pitcher, Gary Ross.

It was just the third inning, but the Padres had already walked six batters and thrown three wild pitches. Ross kept up the pace by walking Haller to force in a run and also throwing ball four to the backstop, which allowed another run to score. The inning mercifully ended when Lefebvre popped out. The Dodgers had scored 10 runs and led 11-0. All that was left was to wait for the teams to finish out this mess.

After the disastrous third inning, it still got worse for the Padres. The Dodgers got a single run in the fourth without a hit, using a walk, a passed ball, and two groundouts to score. In the fifth, the Dodgers scored four times, one run coming when Ross attempted to pick off Parker at second base with his team trailing 14-0. The throw sailed into center field and allowed Parker to come all the way around to score.

In the sixth the Dodgers scored twice more, again with no hits. Two Padres errors and a walk loaded the bases for Bill Sudakis. Reliever Jack Baldschun got Sudakis to ground out to first, but Sudakis ran into Baldschun covering the base after he crossed first, knocking the pitcher over. Two runs scored on the play.

The Dodgers got their final run of the game in the seventh when Drysdale doubled home Sizemore, who had tripled. Drysdale wound up with six plate appearances during the game from the ninth slot, something no Dodgers pitcher has done again (as of 2019) in a nine-inning game.

Drysdale needed only three strikeouts to wrap up his 49th (and final) career shutout. This night was not a resurgence in Drysdale’s career, just an oddity. His shoulder was not going to get better. He retired on August 11 at the age of 33. Like his teammate Sandy Koufax, Drysdale found the pain in his shoulder unbearable and no longer wanted to be taking so many painkilling medications.2

Arlin was sent back to the minors soon after this debacle. The Padres wanted him to pitch at Triple A. But the Padres did not have a Triple-A outlet in their inaugural season, so he was loaned to the Pirates’ Triple-A team in Columbus, Ohio. Arlin ultimately returned and pitched in five more seasons in the majors, and also worked as a dentist after baseball.

The Padres finished their first season with a 52-110 record. But they would gain a measure of revenge for this humiliation when they swept a four-game series from the Dodgers in early September, dropping the Dodgers from second to fourth in the NL West.