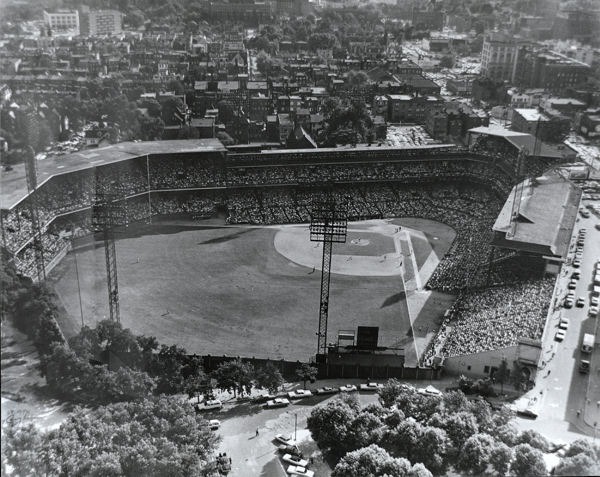 At 11:00 A.M., the rookie pitcher relaxed in a booth on Forbes Avenue. Five hours later he would start the final baseball game at Pittsburgh’s Forbes Field. James Lorin Nelson recalled that morning: “I remember sitting in McDonald’s having a cup of coffee about a block from the park and watching people going to the park and how excited they were. I was pitching the second game so I was in no hurry to get there because I didn’t want to get too excited so early.”1

It was June 28, 1970, and the Pirates scheduled a doubleheader to close out their aging ballpark. That Sunday morning nearly 10,000 tickets were still available.2 But by the time Nelson took the mound for the nightcap, 40,918 fans packed the park, its fourth largest regular-season crowd ever.3 Back on June 30, 1909, Forbes Field opened as one of the first concrete and steel ballparks. The Pirates lost, 3-2, that day to the Chicago Cubs, who now looked to repeat that result in closing down Forbes Field almost 61 years later.

As an early-morning haze burned off, the temperature peaked at 76 degrees by noon. Across the street from the ballpark stood a couple of curbside hot-dog stands. Smells of boiled franks permeated the area along with the odor of stogie cigars, roasted peanuts, and stale popcorn.4 Fans stopped by the open-air stands to munch on one last dog before heading in. Tom Evans owned Tom and Jerry’s Hot Dogs for 33 years on Sennott Street near home plate. He lamented his future loss of revenue: “You might say this is involuntary retirement.”5

The first game started at 1:05 P.M., and the Pirates won 3-2. Between games Pirates broadcaster Nellie King interviewed the Bucs’ star right fielder, Roberto Clemente. Clemente earlier purchased several dozen baseballs that he signed, dated, and personalized for King and other Pirate officials.6 Clemente then reflected on his fading workplace, “This will mean a great deal to me because I’ve been here 16 years, almost half my life. I’ve been here 16 years in this ballpark … and the fans have been great for me here. …”7 Clemente left the interview to watch the rest of the afternoon from the bench, sitting out Forbes Field’s final contest.

A cloudless sky greeted the Bucs as they took the field at 4:17 P.M. Full sunshine warmed the crowd with a balmy 73 degrees. Though the sun’s glare affected several outfield plays, it was a critical infield error in the fifth inning that would cost the Cubs the game. Little else attracted interest during Forbes’ finale. It would be the events afterward that left memories of panic, chaos, and damage.

Forbes Field never hosted a no-hitter and when Don Kessinger singled on the game’s third pitch, game number 4,728 wouldn’t be one either.8 Nelson recalled how quickly the Cubs greeted him in the first inning: “When I came out to warm up, there was electricity in the air. The first three hitters got hits to start the game, and it was 1-0 with runners on first and third. Jim Hickman was the cleanup hitter, and the count went to 3-and-2 before he hit into a unique double play. He hit a ground ball to (Richie) Hebner at third, who threw to Maz at second, who threw to home to get the runner at the plate.9 Then I got the next hitter to pop out, and the crowd went nuts.”10The run completed the Cubs scoring for the afternoon as the right-handed Nelson settled down over the next seven innings.

Chicago’s starter, right-hander Milt Pappas, recently acquiredfrom the Atlanta Braves, opposed Nelson in his Cubs debut. Pappas yielded four fly balls in the first inning, three of them for outs. The fourth fly produced the last home run at Forbes Field. Al Oliver replaced Clemente in right field and lifted a 3-and-2pitch high and five rows deep over the 28-foot screen atop the right-field fence. It stood as the Bucs’ only home run in an 11-game homestand; it tied the score at 1-1.11

The next three innings became a fly-ball fest, producing neither groundouts nor runs. Nelson forced eight fly outs and a strikeout while Pappas scattered three strikeouts among six fly-ball putouts. In fact, over his six innings, Pappas induced only one groundball. It was in the fifth inning and it proved to be pivotal. Bob Robertson started the Bucs’ fifth with a single to left and stole second. After Gene Alley popped out to first and Jerry May struck out, Pappas intentionally walked Bill Mazeroski to get to his mound mate, Nelson. Ron Santo fielded Nelson’s weak grounder to third, but first baseman Hickman dropped the knee-high throw to load the bases. Leadoff hitter Matty Alou then chopped a ball through to right field for a two-run singleto break the tie and put the Pirates ahead to stay, 3-1. The Bucs tacked on the final run at Forbes Field in the sixth inning. Oliver doubled, moved to third on Willie Stargell’s long fly out, and scored on Robertson’s sacrifice fly. The final three innings produced little action. Lefty Larry Gura relieved Pappas in the seventh inning and pitched two solid innings of relief, yielding a harmless double to Mazeroski. Nelson pitched a flawless seventh. In the eighth, Hickman grounded to shortstop Gene Alley, who flipped to second, as Maz fittingly turned the final double play at Forbes Field to erase a leadoff single.

After throwing 132 pitches in eight innings, Nelson was done.12 Pirates manager Danny Murtaugh made a double switch to start the ninth. Right-hander Dave Giusti came in to pitch, replacing left fielder Stargell as the cleanup hitter. Outfielder Johnny Jeter took over for Stargell in left while batting in Nelson’s ninth spot. Giustigot Cleo James to ground out to shortstop and J.C. Martin to fly out to Jeter. Pinch-hitter Willie Smith then stroked the last base hit at Forbes Field, a single to center. Finally, Kessinger stepped to the plate and tapped a soft bouncer over the mound. Mazeroski charged the ball, took it on the second hop, and continued to the bag to force Smith. It was only proper that Maz made the final putout at old Lady Forbes.

The game itself was unremarkable. The Bucs claimed their seventh straight win, which tied them for first place in the NL East by the end of the day. When Maz touched second at 6:31 P.M., shadows covered the entire infield. Pirates players signed their caps to be given away, and then watched the proceedings from their first-base dugout. “Auld Lang Syne” blared throughout the PA system as security roped off both foul lines. The Pirates planned to raffle over 50 souvenirs and asked Pirates announcer Bob Prince to do the honors from the home-plate area.

At first, the fans flowed quietly onto the field, filling in behind the ropes. They listened to Prince announce winners of clubhouse chairs used by Clemente and Mazeroski. Other prizes raffled off included the players’ autographed caps, home plate, bases, and bricks from the outfield wall.13 The throng of fans still pouring onto the field eventually forced people around to the back of the infield. Feeling completely surrounded, Prince sensed their impatience and pleaded, “Please … please stand back,” as panic crept into his voice.14 Public-address announcer Art McKennan supported Prince with a firmly worded message that echoed throughout the park, “The Pirates are desirous of turning Forbes Field over to the University of Pittsburgh in satisfactory condition.”15  By 7:30 P.M., it was anything but satisfactory.

A headline in the Pittsburgh Press the next day captured the tone of the after-game chaos: “Human Locusts Have Their Day.”16 As Prince packed up to escape to the dugout, fans stormed the hand-operated scoreboard baked by the left-field sun. Tom Link, a fan that day, led the rush. “I was one of the first to reach the scoreboard but was crushed by much bigger kids and grown men who literally scrambled over me, some almost using me as a ladder to get up to that scoreboard.”17Fans climbed and crawled about the hole-riddled scoreboard, forming a giant honeycomb of human bees. They hung from the scoreboard with one hand while flinging the wooden numerals through the air like Frisbees. As the numbers disappeared, fans began to tear the ivy from the outfield walls. Soon the clatter of seats being kicked, ripped, and uprooted from their concrete bases filled the grandstands. Hundreds of fans hauled away rows of seats along with tufts of grass, bathroom signs, bullpen phones, and turnstiles. Even Barney Dreyfuss’s plaque, honoring the man who built the ballpark, was stripped from its right-center-field monument, but later returned.18

Despite the dismantling of the historic ballpark, there were no injuries, violence, or arrests. People were mourning the loss of their childhood and just wanted a piece of the place. Indeed, even after 13-year-old Jeff Barto claimed his two seats, he still had to phone home for a ride. “The driver of the 61C bus told us ‘no way’ were we carting them onto his bus,” Barto said.19 To this day those seats sit in his den and sparked the inspiration for this article.

4The author attended this doubleheader, bought hot dogs from Tom and Jerry’s, and does recall the smells described here that followed him into the park.

12Cicotello and Louisa, 94-119. Note: Nelson’s 132 pitches were counted from the transcript of the game on the pages indicated.  The Miley audio tape (Note 8) also supplemented the count.

19Note: The author attended these games, watched, and participated in the aftermath of souvenir hunting that was mostly peaceful. He waited nearly two hours until his friend’s mother could steer her station wagon through crowded Forbes Avenue to bring the seats home.