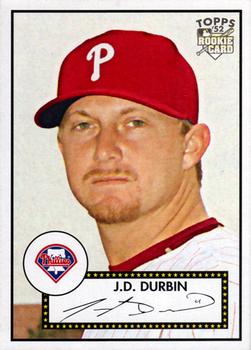 Going into the Saturday night Double-A Eastern League game in Akron, the hometown Aeros, with a league-best record of 49-31, were in first place in the league’s Southern Division, 3½ games ahead of the Harrisburg Senators. In stark contrast, with the league’s worst record at 30-48, the Reading Phillies occupied last place in the Southern Division, 17½ games out of first place and three games behind the fifth-place Erie SeaWolves. The previous evening Akron defeated Reading, 16-6, the R-Phillies’ eighth loss in 10 games, with the Aeros setting season highs with 16 runs and 19 hits.1

Managing the Aeros was Mike Sarbaugh, in his first year with the team and his 18th in the Cleveland organization. Before Akron, Sarbaugh spent four seasons managing in Class A, with each of his teams posting a winning record, two of them winning championships,2 and his being named 2007 Carolina League Manager of the Year.3 Already popular with Akron fans at the time of his hiring, Sarbaugh had been a fan favorite while playing parts of four seasons with the then Canton-Akron Indians during his four seasons playing in the Cleveland system and serving as the batting coach for four seasons during the eight seasons he spent coaching in Cleveland system.4

Reading manager P.J. Forbes was in his third year in the position at Reading and fifth managing in the Philadelphia Phillies organization. Before managing, Forbes played for nine minor-league teams in four different organizations over a 13-year playing career.5

Pitching for the Aeros was left-hander Scott Lewis, a top Indians prospect. After starring for Washington High School in Washington Court House, Ohio, Lewis attended The Ohio State University, where in 2003 he was named Big Ten Pitcher of the Year6 and was a first-team All American.7 Lewis developed elbow problems and had Tommy John surgery in May of 2004.8 Despite the surgery, Indians selected Lewis in the third round of that year’s draft.

Opposing Lewis was right-hander J.D. Durbin, seeking to return to the big leagues after having spent most of the 2007 season with Philadelphia, with a record of 6-5 and an ERA of 5.15.9 Originally signed by Minnesota,10 Durbin’s major-league experience included four appearances with the Twins in 2004 plus one game with Arizona immediately before the Phillies selected him off waivers early in 2007. A poor month of September11 coupled with a poor spring training12 resulted in Durbin beginning the 2008 season as a starting pitcher with the Triple-A Lehigh Valley Iron Pigs.13 After going 0-5 in five starts with an ERA of 9.42, Durbin was dropped from the Iron Pigs rotation and then, at his request, was assigned to Reading, where he could still start.14

Entering Saturday’s game, both pitchers had encountered recent problems. Although Lewis’s won-lost record was 3-0, in his last outing he had given up eight runs in 3⅓ innings, causing his ERA to balloon from 1.08 to 4.50.15 Durbin, despite his 1-4 record at Reading, for the most part had pitched well since coming to the team, with his losses being attributable mostly to a lack of run support. However, in his two most recent outings, Durbin had given up eight earned runs on 12 hits and 7 walks in 10 innings, inflating his ERA from 1.71 to 3.02.

A crowd of 4,224 saw Reading erupt for 15 hits to defeat the Aeros, 7-2. While Durbin cooled the Aeros’ bats from the night before, holding them to two runs and seven hits in seven-plus innings, Lewis suffered a second consecutive rough outing, lasting only four innings while surrendering six runs on nine hits and a walk.16

The Aeros reached Durbin for a run in the seventh inning. When their first three batters reached base in the eighth, with shortstop Josh Rodriguez’s single driving home the team’s second run, Durbin was relieved by Josh Outman, who closed out the inning without further damage.18 Supporting the fine pitching effort was Reading’s infield, which turned a season-high three double plays.19

Aeros – cooled off over the balance of the season, going 31-30 for a final record of 80-62, four games behind the first-place Bowie Baysox20 but earning the Southern Division wild-card spot in the playoffs, in which Akron lost to the Trenton Thunder in the Championship Finals.21

Scott Lewis earned a September call-up to Cleveland,26 where he went 4-0 in four starts with a 2.63 ERA.27 He was named to the Cleveland starting rotation for the 2009 season.28 He started the Indians’ home opener,29 was removed after 4⅓ innings because of an elbow strain and was placed on the disabled list.30 It was Lewis’s final major-league game, although he made six minor-league rehab appearances during the season, returning to Akron for two of them.31 Not invited to spring training in 2010, he began the season with Columbus, where after three starts he reinjured his elbow and was released by the Indians, ending his professional career.32

J.D. Durbin was promoted back to Lehigh Valley after going 3-0 in July, but was banished to the Iron Pigs bullpen after allowing eight runs in the first inning of his initial return start.33 Reassigned to Reading two weeks later,34 at season’s end Durbin parted ways with the Phillies but not with baseball, playing with two more organizations and in leagues in four other countries over the next six years before retiring.35

Lou Marson was selected to play in the All-Star Futures Game as well as the Eastern League All-Star Game. A member of the United States Olympic Baseball Team for that summer’s Beijing Olympics, Marson received a Bronze Medal as a result of the team’s third-place finish.36 After batting .314 at Reading, he was a September call-up to the Phillies, homering in his big-league debut, the final game of the season.37 Accompanying the Phillies in the postseason as an emergency third catcher during their successful World Series run, he received a World Series ring.38 Marson was traded to Cleveland in 200939 and played for the Indians and its farm teams until a shoulder injury in 2013 ended his playing career.40 He continued in baseball as a minor-league coach and manager.41

Reading pitcher Josh Outman was sent to Oakland on July 17, 2008, as part of a trade for Joe Blanton, and made his major-league debut with the A’s on September 2, 2008.42

The June 28 game was attended by 30 SABR members who came from the SABR convention in Cleveland to see the game.

5 Forbes appeared in 1,356 minor-league games, plus nine games with the 1998 Baltimore Orioles and three with the 2001 Phillies.

7 Lewis was selected a first-team All-American by both the American Coaches Baseball Association and by Collegiate Baseball. See https://www.abca.org/ABCA/Awards/All-Americans/NCAA_Division_I/2003.aspx and http://baseballnews.com/old/allamericans/archives/2003/allamericans2003.htm

9 Not to be confused with Chad Durbin, also a member of the Phillies pitching staff that season, J.D. Durbin pitched in 18 games with the Phillies, starting 10 of them.

10 In 2002 Durbin was named the Twins’ Minor League Pitcher of the Year. Early in his career, the colorful Durbin was nicknamed The Real Deal. See “Return of the Real Deal: Twins’ Durbin Vows to Bring Swagger Back,” ESPN.com, February 28, 2006. espn.com/espn/wire?section=mlb&id=2000841.

11 Although he pitched a 9-0 shutout against San Diego on July 22, Durbin’s stock with the Phillies dropped in September when he gave up nine walks and 16 hits in 9⅓ innings with his ERA ballooning from 4.04 to 5.17.

14 In Durbin’s own words, he was trying “to get some innings in and get back in the (Lehigh Valley) starting rotation.” See Mike Drago, “Durbin Is Headed in the Right Direction,” Reading Eagle, May 23, 2008: 19.

20 At the league All-Star break in mid-July, the Baysox trailed the Aeros by 8½ games, but then got hot when the Aeros went cold.

22 For a brief period in July, the R-Phillies climbed past Erie and breathed the rarefied air of fifth place, but a 6-25 August cemented a last-place finish.

24 Under Sarbaugh, Columbus had winning records each year and won the International League championship and the Triple-A championship in both 2010 and 2011, with Sarbaugh receiving awards that included his being named 2010 Minor League Manager of the Year by Baseball America and 2011 International League Manager of the Year. See Bob Mathews, “Sandberg Among IL Skippers,” Rochester Democrat and Chronicle, February 16, 2011: 25; and “Sarbaugh Manages Clippers to IL Title,” Intelligencer Journal and Lancaster New Era, September 10, 2011: 23.

35 Although he never returned to the major leagues, over the next six seasons Durbin’s baseball odyssey took him to a season in the Dodgers’ system; a tryout with the Red Sox; stints in Venezuela, Mexico, Japan, and Taiwan; plus a sampling of Amish culture while playing for the Lancaster Barnstormers in the independent Atlantic League. Neither Baseball-Reference.com nor Retrosheet contains records of Durbin playing in Taiwan, but see Maija Varda, “Other Former Twins the Twins Could See This Season,” November 16, 2013, twinkietown.com/2013/11/16/5109850/former-minnesota-twins-offseason-sign-Hawkins, November 16, 2013, as well as photographic evidence of Durbin’s time in Taiwan in the form of a baseball card picturing him as a member of the 2013 Lamigo Monkeys, tradingcarddb.com/GalleryP.cfm/pid/1624/J.D.-Durbin?ColType=1&sYear=0&sTeam=Lamigo%20Monkeys&sCardNum=&sNote=&sSetName=&sBrand=.

36 Joining Marson as a participant in the Futures game and as a member of the US Olympic baseball team was R-Phillies teammate Jason Donald, who not play in the June 28, 2008, game.

39 On July 29, 2009, Marson was one of the several prospects sent by the Phillies to Cleveland for Cliff Lee.