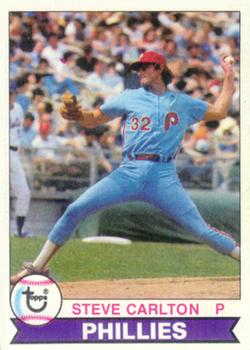 It was a battle for fourth place in the NL East – not the most coveted prize. The Cardinals held a half-game lead over the Phillies. St. Louis’s record was 36-33, Philadelphia’s 38-36. To arrive at a similar, middling place, though, the teams took different paths.

The Phillies started well. They had winning streaks of six and seven games. On May 10 Philadelphia’s record was 21-7 and they led the division by 1½ games. Over the next month, however, they won only 9 and lost 20. On June 10, they stood at 30-27. Thereafter the Phillies played better, posting an 8-9 record, but still fell to 6½ games out of first place.

The Cardinals began unexceptionally. At the end of April their record was 9-10. Between then and June 11, St. Louis won 23, lost 12 and had a seven-game winning streak. They improved their record to 32-22, which tied them for first place with the Montreal Expos. Then the Cardinals hit their first bad spell. In the 15 games before this, they had won only 4 and lost 11.

The starting pitchers for the June 30 game were John Fulgham for the Cardinals and future Hall of Famer Steve Carlton for the Phillies. It looked like a mismatch. Carlton had 215 career wins; Fulgham had one. But Fulgham outpitched Carlton and, with two outs in the ninth, it appeared that Fulgham and the Cardinals would be winners.

After Fulgham set down the Phillies in order in the top of the first, the Cardinals threatened against Carlton. With two outs, Keith Hernandez smacked a double to right-center. George Hendrick followed with an infield single, moving Hernandez to third. Next Tony Scott walked and the bases were loaded. But Ken Reitz grounded to third and the inning was over.

Mike Schmidt led off the second with a home run to left field and the Phillies took a 1-0 lead. From then until the bottom of the sixth, only three batters reached base for each team and no runs were scored. Fulgham retired the Phils 1-2-3 in the third, fourth, and sixth. Carlton did the same to the Cards in the third and fifth.

In the sixth, though, Carlton fell apart. Hernandez led off with his second double of the game. Hendrick followed with a single to center, scoring Hernandez, and tying the game, 1-1. Hendrick took second on the throw to the plate. After Scott popped out, Carlton intentionally walked Reitz. With Steve Swisher at bat, the runners advanced to second and third when Carlton flung a wild pitch.

After Swisher struck out looking for the second out, Mike Tyson was intentionally walked to load the bases and bring the pitcher to bat. Fulgham foiled the strategy when, on an 0-and-2 pitch, he bounced a single up the middle.1 Hendrick scored, the Cardinals took a 2-1 lead, and the bases remained loaded.

The rally continued when Garry Templeton ripped a double to left. Reitz and Tyson scored, the lead increased to 4-1, and Carlton’s evening was over. When Phillies manager Danny Ozark came to the mound, Carlton didn’t hand Ozark the ball, but swept past him and spiked the ball on the Astroturf.2

Ozark made light of Carlton’s outburst. “I did that one time,” he said. “Only I threw the ball over the fence. I had to pay the league president $2.50.”3 Warren Brusstar relieved Carlton and struck out Jerry Mumphrey to end the inning.

Neither team scored in the seventh or eighth, although the Cardinals threatened in the seventh. Hernandez and Hendrick started the inning with singles, giving St. Louis runners on first and second, but with Scott at bat, Hernandez wandered too far from second and was picked off by catcher Dave Rader. Scott then grounded into a third-to-second-to-first double play, killing what was left of the rally.

Fulgham allowed only one baserunner in the seventh and eighth and had allowed only four hits and no walks as the Phillies came to bat in the ninth. He retired Pete Rose and Schmidt on hard-hit fly balls and the Cards were one out from victory. Fulgham got ahead of Greg Luzinski, 1-and-2, and was one strike from a win. Then the bottom fell out.

Luzinski smashed the next pitch over the 386-foot sign in left-center and cut the deficit to 4-2. Garry Maddox followed with a single to center. It was time, Cardinals manager Ken Boyer thought, to replace Fulgham with right-hander George Frazier.

Boyer explained that Fulgham had thrown 120 pitches and he felt the pitcher’s slider was about to become ineffective. Plus, Frazier had a sinking fastball that Boyer hoped would induce a harmless grounder.4

Del Unser, a left-handed hitter, batted for Manny Trillo to create a matchup favorable to the Phillies. Afterward, Unser said, “I wanted to just hit the ball.”5 Hit the ball he did. Unser drilled Frazier’s first pitch 400 feet for a game-tying home run.

In the bottom of the ninth, the Cardinals got men on first and second with one out. Up came Hendrick, who already had three hits, with a chance to win the game. But he grounded into an inning-ending double play. The game went to extra innings in a 4-4 tie.

Greg Gross singled leading off the top of the 10th. Batting for Ron Reed, who had relieved Brusstar in the eighth, Jose Cardenal struck out. Then Larry Bowa dribbled a grounder to the right of the mound. Second baseman Mike Tyson charged the ball, but first baseman Hernandez cut in front of him. By the time Hernandez caught the ball, he had no play at second, then threw much too late to Frazier covering first.

Shoddy defense continued when Rose hit a groundball to Tyson. The Cards would have to hurry to turn an inning-ending double play. They got the force at second, but Bowa’s slide caused Templeton to jump as he tried to make the relay to first. In doing so, Templeton fumbled the ball and it rolled into short center field. Gross scored from second and the Phillies took the lead.

“Write in the paper that I messed up,” said Templeton. “I messed it up.” However, rival shortstop Bowa excused Templeton: “That’s not (his) fault. I’m bearing down on him. I’ve been there before. It’s a scary situation.”6

Next Schmidt singled Rose to third. Luzinski followed with another clutch hit. His single to center drove in Rose and made the score 6-4. Buddy Schultz then replaced Frazier and retired Maddox to retire the side.

In the bottom of the 10th, Tug McGraw came in to pitch and set the Cardinals down in order. The Phillies had an exhilarating win, the Cardinals, a frustrating loss. (In the end, the Cardinals exacted a small measure of revenge. They finished third in the NL East, just ahead of the Phillies.)

Reed got the win, McGraw the save, and Frazier the loss. Schmidt and Luzinski each had a homer and a single for the Phillies. Templeton, Hernandez, and Hendrick each had three hits for the Cardinals.

Although the Phillies won the game, dissension tore at the team. Several Phillies felt Ozark wasn’t tough enough and players lacked respect for him. Carlton’s tantrum was an example. “The trouble with Lefty (Carlton),” a teammate complained, “he’s never had discipline (from previous managers). The young guys – Randy Lerch, Larry Christenson – they (hang out with) Lefty and all they hear is what an idiot Ozark is. They listen. They believe it.”7

Before the game, Bowa noticed St. Louis pitchers running in the outfield, working hard to stay in shape, even on a hot day. Bowa felt Phillies pitchers lacked the same commitment. “I just don’t think guys are hungry enough,” he said, “You’ve got to want it, want it bad and you’ve got to have discipline.”

Bowa continued, “If (pitching coach) Herm Starrette says, ‘I want the pitchers to run,’ all 12 pitchers should run. If Danny says, ‘Be in uniform by 4,’ be in uniform by 4, not at 20 minutes after 4. Until somebody comes in and does that here, this team is in trouble.”8

The Phillies finished the season a mediocre 84-78, after which Ozark was fired. The next year, with taskmaster Dallas Green as manager, they won the World Series. Maybe Bowa was right.

After a seven-game winning streak ended on August 10, the Cardinals were only five games behind, still in fourth place with a record of 59-53. They remained in fourth place nearly the entire month of August. They went 16-4 from August 17 through September 7 and moved up to third place with a record of 76-62. But the Cardinals won only two of their next 10 and fell 12 games behind with only 14 to play. Their final record was 86-76, third in the NL East, 12 games behind the Pirates.

Keith Hernandez shared the MVP Award with Willie Stargell. Hernandez had the highest batting average in the NL (.344) and led the league in runs scored (116) and doubles (48). He finished second (210) in hits, one behind league leader Garry Templeton.

Hernandez also won a Gold Glove and made the All-Star Team. Other All-Stars from the Cardinals were Ted Simmons, Templeton, and Lou Brock.

At the All-Star break, the Phillies got to 50-41, in third place, only three games out of first. But they won only 15 of their next 41 games and, by August 29 had fallen to fifth place, 12½ games out. A strong September raised their final record to 84-78. They finished in fourth place, 14 games behind.