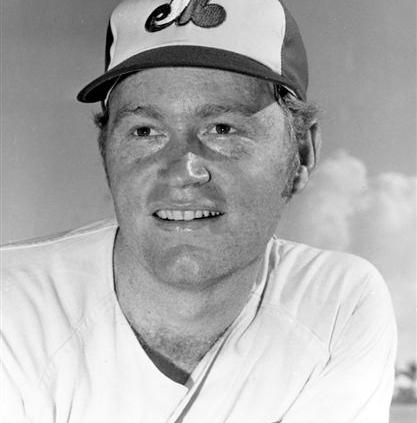 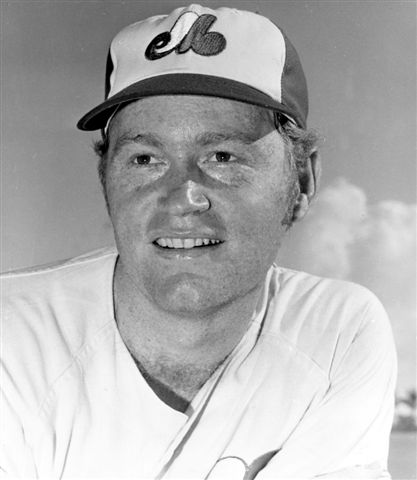 The buzz from the wildly successful start to their inaugural season had worn off.1 The fledgling Expos had just lost their 18th consecutive game, and they were about to head out on a grueling 18-game road trip. Instead of going directly to Los Angeles to prepare to face the Dodgers, they made a side trip to Vancouver to play a June 5 exhibition game against the Mounties, the Triple-A team they shared with the Seattle Pilots. Given how poorly they were playing, it was no surprise when the Expos lost that one too.2

There was one positive development during their brief stay in Vancouver. Although Rusty Staub had continued to reach base during the losing streak, he had only one extra-base hit since May 7. Expos manager Gene Mauch had suggested a change to his stance that might restore his power.3 Staub took his advice, bending his knees slightly and lowering his hands. The change was dramatic. During batting practice at Capilano Stadium, Staub blasted a string of long home runs.

In the series opener in Los Angeles, the Expos took a 2-1 lead into the bottom of the sixth inning. It was the latest they had led a game in two weeks. But the Dodgers stormed back to win 4-2 and the streak was extended to 19 games. The next night Staub found himself on the bench with the Dodgers starting a tough lefty, Claude Osteen. Staub, batting .290 at the time, was incensed at Mauch’s decision to sit him. He watched from the dugout as Bill Stoneman was knocked out early and the Expos lost their 20th in a row.4 Montreal was only three away from tying the major-league record for the most consecutive losses in the twentieth century. Mauch’s 1961 Phillies held the record with 23 straight defeats.5

Montreal’s chances in the series finale didn’t look good. They sent rookie right-hander Jerry Robertson (0-2, 3.58 ERA) to the hill to face one of the best young pitchers in the National League, Bill Singer. Robertson had almost snapped the losing streak at seven games on May 23, but the Expos bullpen blew a one-run lead in the eighth inning, costing him his first major-league victory. He was hoping to rebound after pitching poorly and taking the loss in games 12 and 16 of the winless skid. The hard-throwing Singer came into the game with a 7-4 record and a sparkling 2.00 ERA. He led the majors with 92 strikeouts.

Mauch had decided to coach third base on the drive home from Dodger Stadium the previous evening.6 Many assumed the frustrated manager was mixing things up in an attempt to change Montreal’s luck. In reality, he simply wanted a better view of Singer.7 Less than two weeks earlier, the Dodgers hurler had thrown a four-hitter against the Expos at Jarry Park, and Mauch alleged that he was using a spitball. “He’s got good enough stuff that he doesn’t need to cheat,” Mauch proclaimed.8 He wasn’t the last guy to make such an accusation. In perhaps the highest-profile example, Pete Rose insisted Singer threw him four straight spitters in the 1973 All-Star Game.9

Mauch looked on from the third-base coaching box as Singer struck out five of the first seven Expos hitters. Ty Cline, who singled in the second, was the only Montreal hitter to reach base in the first three innings. After Maury Wills walked to open the fourth, Mauch called for the hit-and-run with Staub at the plate. Staub did more than just make contact — he used his new batting stance to slam a two-run home run to deep right field. It was his sixth home run of the season and his first in five weeks. Four batters later, with runners on the corners and one out, Gary Sutherland brought Mack Jones home with a squeeze bunt to put the Expos in front 3-0.

Robertson walked a pair of runners in the first inning before settling down. He retired the Dodgers in order over the next three innings and had a no-hitter through four. Jim Lefebvre walked to open the fifth inning, and he advanced to third on a double by Ron Fairly.10 Los Angeles cut the lead to 3-1 when Lefebvre scored on an error by first baseman Cline.

Jones quickly restored Montreal’s three-run lead when he led off the top of the sixth by clubbing his 10th home run of the season. Singer set down the next six batters in order before being lifted for a pinch-hitter in the bottom of the seventh. During Singer’s outing, Mauch lodged not a single complaint with the umpires about an illegal pitch.

Robertson, relying mainly on his fastball and an occasional slider, carried a two-hitter into the bottom of the ninth. That’s when the fun began. Robertson gave up singles to the first two batters in the inning, Andy Kosco and Tom Haller, causing Mauch to call for his veteran reliever, Elroy Face. The 41-year-old had been signed as a free agent in late April after his release by the Tigers. Although he had pitched extremely well in his first six appearances with the Expos, Face struggled during the 20-game losing streak, posting a 7.04 ERA in 10 relief outings.

Face got the first out of the inning by inducing Lefebvre to ground out to Cline, which advanced the runners to second and third base. Fairly followed with a bloop single to right field that scored Kosco. After Bill Sudakis walked to load the bases, the Dodgers cut the Montreal lead to 4-3 when Face balked home a run. With the tying and winning runs in scoring position and only one out, it was starting to look as though the Expos might be headed for their 21st consecutive loss.

Face bounced back and retired 38-year-old Ken Boyer on a popout to third baseman Coco Laboy in foul territory. Willie Crawford came to the plate with Staub positioned in shallow right field to prevent a single from scoring the winning run from second base.11 On the 11th pitch of the at-bat, Crawford launched a deep drive to right field. Staub sprinted back toward the bullpen and made a spectacular game-saving catch about a foot from the wall. Mercifully, the losing streak was finally over.

Face’s last two saves had bookended the 20 consecutive defeats. His latest effort wasn’t exactly a thing of beauty. “It might have been a sloppy job, but the important thing is that we won,” he declared.12 Robertson was relieved to finally record his first major-league victory. “Yeah, I watched the end,” he admitted. “After I broke two bats. I sure hope they don’t charge me for them.”13

A photo of Staub being greeted by his teammates as he returned to the dugout after his pivotal home run was splashed across the front page of the next day’s Montreal Gazette, along with the caption “Le Grand Orange … La Vedette!”14 Although Staub had been called “Big Orange” by his teammates dating back to his days in Houston, the nickname hadn’t previously been used by fans. Ted Blackman, sports editor of the Montreal Gazette, took the English moniker and translated it into French — with a twist. The correct translation, “La Grande Orange,” didn’t feel right to him. “If you think I was going to put a feminine article on his name, you’re crazy,” Blackman said.15 The new, grammatically incorrect nickname was a big hit, and from that day forward Staub was known as “Le Grand Orange.”

The game also marked the return of Staub’s power stroke. The 25-year-old slugger went on to enjoy a breakout season, hitting .302 with 29 home runs and 79 RBIs. His Adjusted On-base Plus Slugging (OPS+) of 166 was the highest in his stellar 23-year career in the big leagues.16 Montreal still finished in last place with a dismal 52-110 record, but Expos fans had their first superstar.

1 The Expos had won their first-ever game by a score of 11-10 over the New York Mets on April 8, 1969. The Miracle Mets went on to win the World Series that year. On April 14, 1969, Montreal won its inaugural home opener, 8-7 over the defending National League champion St. Louis Cardinals. Three days later, Bill Stoneman threw a no-hitter in the franchise’s ninth game.

2 The Expos brought up a 22-year-old pitcher from Class A ball, John Glass, to be their starting pitcher in Vancouver. The final score was 5-3 for the Mounties. Glass gave up all five runs and took the loss. The most notable aspect of the game was Mack Jones’s monster home run to center field that was estimated at between 450 and 460 feet. It was believed to be the longest home run hit at Capilano Stadium since it opened in 1951. As of 2020, the ballpark was known as Scotiabank Field at Nat Bailey Stadium. Ted Blackman, “Even Farm Club Beats Us,” Montreal Gazette, June 6, 1969: 11.

5 As of 2020, the 1961 Philadelphia Phillies still held the major-league record for the most consecutive losses since 1900.

8 Blackman, “No Bunny Paw for Gene at End of Expo Foldo.”

10 Three days later, Ron Fairly was traded to the Expos along with Paul Popovich in return for Manny Mota and Maury Wills.

14 The literal English translation of “Le Grand Orange … La Vedette!” is “The Big Orange … The Star!”

16 According to MLB.com, OPS+ takes a player’s on-base plus slugging percentage and normalizes the number across the entire league. It accounts for external factors like ballparks. It then adjusts so a score of 100 is league average, and 150 is 50 percent better than the league average.