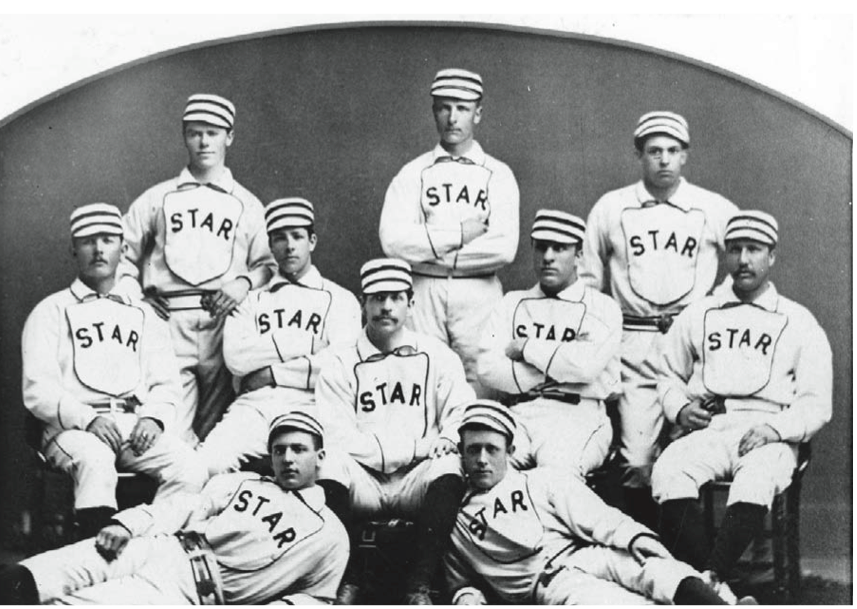 “The Grandest Game ever played,” Henry Chadwick called it. Chadwick’s reference was to the 15-inning scoreless tie between the independent Star club of Syracuse and the National League’s Brown Stocking club of St. Louis played at old Sportsman’s Park in St. Louis on May 1, 1877.

The game drew national recognition to the Stars, a very good nine that featured Patrick Henry “Harry” McCormick, a local stud pitcher. But the Syracuse club’s usually thrifty board of directors had also cast a wider net to attract talent. That included catcher-outfielder  Pete Hotaling, an Ohioan picked off the Ilion, New York, independent club; second baseman Jack Farrell, signed off the Princeton, New Jersey, town team during an Eastern road trip; first baseman Alex McKinnon, picked up on the same road trip from an amateur Boston squad; and left-handed third baseman Hick Carpenter, who joined the Stars when his hometown Ithaca, New York, club disbanded in 1876. Outfielder Mike Mansell, one of three Auburn, New York, ballplaying brothers, joined the Stars on his way to the big leagues.

Newcomers in 1877 included a veteran of dubious reputation, English-born Dick Higham, a future umpire who would be expelled from that profession for crookedness. Big Jim Clinton, a former major leaguer, was the change pitcher, and outfielder. Billy Geer was the son of one of the founders of the Central City Base Ball Club of Syracuse, a nine that battled the fabled Cincinnati Red Stockings of 1869. Geer’s career was cut short because of lack of talent and accusations that he was an arsonist.

The Stars, all bachelors, were very young to be playing such a high caliber of ball. Yet they stayed together for four shining years as Syracuse defeated all comers with slick fielding, timely hitting, and steady headwork from the pitcher’s box.

From the St. Louis Brown Stockings’ point of view, the game was scheduled to fill an off day and make some money. It turned out to be a monumental turning point in baseball history as well as one garnering coast-to-coast publicity. The game elevated pitcher Fred Nichols to top-line status. It also told St. Louis club directors that, as good as their team was, it could not beat a nine viewed as being from the baseball backwaters.

This was surprising because the Browns had success at the game’s top levels. Behind star pitcher George Washington Bradley, they had competed for the National Association’s upper division in 1875, and during the first year of the National League, 1876. In 1877, however, Bradley left to join the Chicago White Stockings, and St. Louis struggled to reach mediocrity.

The team’s best player, shortstop Davy Force, was in the middle of what would become a 22-year career. He had started as an under-the-table pro with the Olympic club of Washington in 1867, bouncing from one team to another until his contract-jumping became the focal point of the reserve clause, after which Force settled down with the Buffalo Bisons. Third baseman Joe Battin would in time wind up in Syracuse, playing for the 1888 International Association pennant-winning Stars. He would proclaim on that occasion, “I’ve been in baseball for twenty years and this is my first championship.” Jack Remsen, one of the last players to wear a full beard, manned center field. Another Brownie known to the Stars was left fielder Mike Dorgan, who had played catcher with them in 1876. 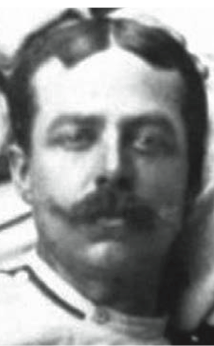 Ironically, Dorgan had played a role in Syracuse pitcher McCormick’s development. During the previous season Dorgan worked with McCormick to perfect the curveball that Harry had learned at a clinic held after the Watertown, New York, tournament in 1875. Fred Goldsmith and Candy Cummings were both there and both stayed after to teach the young McCormick the finer art of the “crooked” pitch. That winter McCormick practiced in Dorgan’s apartment (Dorgan was married to a Syracuse woman), where the two devised a rope contraption that simulated the strike zone. Dorgan was probably responsible for scheduling this exhibition game.

The “Grandest Game Ever Played” was boring by high-scoring standards, but in the day it featured “heavy batting, splendid fielding, and universal brilliancy of play.” The Stars were baffled by Nichols, managing to hit only eight fly balls to the outfield in 15 innings. Most hits were grounders to the infield. Five Stars reached base because of errors while only two batters made safe hits. Never before had two clubs played so long without scoring. While the Stars struggled, the Brownies swatted seven base knocks and reached first four more times on errors. The Browns spent most the game popping up McCormick’s curveballs to catcher Higham. The closest either team got to scoring came in the eighth inning, when Syracuse center fielder Hotaling made a nifty catch and throw to nip the speedy Force, who was trying to score on an outfield fly.

As a footnote, the Mahn Ball collection at the Baseball Hall of Fame likely consists of the International Association balls that were abandoned when Spalding introduced its much harder ball to the league in midseason 1878. 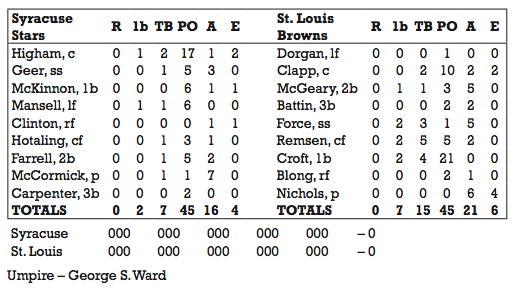