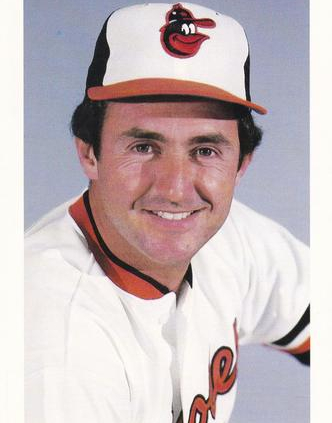 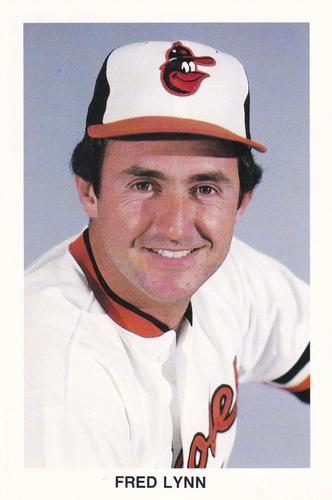 Anyone who has stepped up to the plate in a baseball or softball game has dreamed about hitting a game-winning home run in the bottom of the ninth inning. On one magical weekend in 1985, it was more than a dream for Orioles center fielder Fred Lynn. On May 10 and 11 at Memorial Stadium, his home runs in the bottom of the ninth inning propelled his team to twin victories.

Orioles general manager Hank Peters was probably particularly satisfied by Lynn’s accomplishments that weekend. After winning the World Series the season before, the Orioles finished the 1984 season in fifth place in the American League East. Peters decided to aggressively approach the free-agent market. Adding to Peters’ sense of urgency was the fact that the Orioles competed in what was widely considered the best division in baseball. In 1984 five teams had won more games than the Western Division winner, Kansas City.

After signing outfielder Lee Lacy and reliever Don Aase, Peters focused his attention on Lynn. The California Angels outfielder had an impressive résumé. A former batting champion and four-time Gold Glove winner, nine years earlier he was the first player to win the both the Rookie of the Year and MVP honors in the same season.1 On December 11 he joined Cal Ripken and Eddie Murray as the first players to sign a contract with Baltimore that would pay them over a million dollars per season. For Lynn the decision was easy: “They had the best offer on the table.”2

Peters’ moves seemed to light a fire under the team and when they took the field for the series opener the Orioles sat atop the division. Manager Joe Altobelli tapped Dennis Martinez as his starting pitcher while Twins manager Billy Gardner countered with John Butcher. Martinez didn’t make it out of the third inning, allowing seven hits and four runs before being pulled by Altobelli in favor of Sammy Stewart. Butcher wasn’t much better (119 pitches, 10 hits, and 3 walks),3 pitching out of several jams before being pulled with one out in the sixth inning. Gardner, looking to preserve a 4-3 lead, replaced him with Rick Lysander.

Stewart kept the Twins in check until the seventh inning, when Tom Brunansky hit a one-out home run, pushing the Twins lead to 5-3, their third two-run lead of the game. As they had earlier in the contest, in the bottom of the inning the Orioles battled back. With one out Lynn doubled and rookie Larry Sheets sent a Lysander pitch towering past the Twins bullpen in right field,4 tying the game at 5-5.

Lysander started the eighth inning with a leadoff walk to Rick Dempsey prompting Gardner to summon Pete Filson from the bullpen. Filson fielded Gary Roenicke’s bunt and forced Dempsey at second for the first out. Gardner then turned to his closer, Ron Davis. After retiring Fritz Connally on a groundout, Davis struck out Ripken to end the inning.

After Aase set the Twins down in order in the ninth, Davis began the bottom of the inning by striking out Murray. Lynn followed and Davis threw him a curveball. Later, Lynn said, “I was looking for a fastball and he happened to get one of those curveballs on the inner half of the plate and I got it on the good part of my bat.”5 Lynn pulled the pitch into the right-field stands for his 200th career home run, giving the Orioles a 6-5 win. It earned him a curtain call by the frenzied fans in Memorial Stadium, “the first one I’ve ever gotten in my career.”6

After the game Davis said, “You saw the pitch and what he did. Don’t ask me about it. Ask him.”7 Lynn summed it up simply saying, “We all have dreams, but never in my dreams did I hit one like that.”8

The following evening featured a picnic cooler giveaway and 49,092 spectators, the second largest crowd of the season, returned to Memorial Stadium. Beachballs were seen bounding among the festive fans.9

The game was a tight pitchers’ duel. In the second inning Orioles starter Mike Boddicker issued a one-out walk to Mike Stenhouse and Roy Smalley moved Stenhouse to second on a single to right field. Gary Gaetti followed with a single to left, bringing Stenhouse home with the game’s first run. Gaetti and Smalley were left stranded when Boddicker struck out Tim Teufel on three pitches10 and induced Mark Salas to pop out to second baseman Rich Dauer to end the inning.

The Orioles tied it in the fourth when Jim Dwyer reached on a bunt single. Wayne Gross walked, moving Dwyer to second. Twins starter Ken Schrom got Ripken on a called third strike. Murray followed by bouncing a checked-swing grounder past a diving Smalley, bringing Dwyer home. Lynn followed and Twins first baseman Kent Hrbek made a diving stop of his one-hop grounder and forced Murray at second base while Gross took third. With a chance to give his team the lead, Sheets ended the inning by grounding out to Schrom.

The score remained tied until the eighth, when Brunansky homered to left field to give the Twins a 2-1 lead. In the top of the ninth, the Twins once again had runners on first and second with one out but Kirby Puckett, who entered the series with a league-leading .350 average,11 grounded into an inning-ending double play, making him 0-for-9 in the series. It was indicative of the Twins’ play: They wasted several opportunities to break both games open, mustering just three hits in 20 at-bats with runners in scoring position.

In the bottom of the ninth it seemed as if no one in Memorial Stadium was ready to pack up their coolers and beachballs and head home. After all, Ripken, Murray, and Lynn – the team’s three millionaires – were due up. Even though Schrom had allowed five hits in what had been his best start of the year, it was Davis who took the mound to start the bottom of the inning.

Ripken started things by looping Davis’s first pitch to center.13 Murray then sent his next offering through the hole between first and second for a single.14 With the left-handed-batting Lynn due up, Gardner called upon 24-year-old rookie southpaw Curt Wardle.

Wardle’s first offering was a fastball. Lynn swung and made contact, sending a fly ball to left-center field. “I saw (Wardle) shake off the sign and I was just hoping he would throw a fastball,” Lynn said. “And he did. My concentration has been very good the last few days and the ball’s been carrying as well as I’ve seen it carry here. The wind was blowing straight out so you really didn’t have to hit it real well to get it out.”15 The ball barely cleared the fence, giving the Orioles a 4-2 win.

“When he hit it, I thought I had a chance,” Twins left fielder Mickey Hatcher said after the game. “But what happened? We only throw three pitches that inning. It wasn’t far over the fence. We (Hatcher and Puckett) got to the fence about a step away from having a chance. He split us perfectly. But that’s the way it’s been going.” 16

After the game a devastated Wardle said, “To tell the truth, when he hit the ball I ran behind home plate. … I thought there was going to be a play at the plate, and I was going to back it up. Shows how much I know. I just can’t do a thing right. My whole big-league career has been one big screwup so far.”17 Later in the season Wardle was part of the trade that landed Bert Blyleven from the Indians. After 1985 he was out of the major leagues for good.

Even though Lynn had been a thorn in the Twins’ side for years (he entered the series with a .336 average and 23 home runs against them), an incredulous Smalley was slow to leave the field after the game. “The fact that we lost for the second time in a row in the ninth inning to the same guy, that’s kind of beyond belief,” he said.18

The good feelings didn’t last long. Peters’ preseason moves did result in an improved offense as the Orioles led the league in home runs with a team-record 214 and finished second in runs scored. The pitching staff, however, struggled throughout the season and they fell from second to seventh in team ERA while yielding 97 more runs than they had in 1984. Legendary former manager Earl Weaver replaced Altobelli on June 12 but the team could only muster a fourth-place finish while winning 83 games.

I attended the game on May 10. I brought a date, and while I remember her name, where we sat (upper deck between home plate and third base), and her fascination with Kirby Puckett’s “bubble butt,” I also remember that Lynn was much luckier than I was that evening.