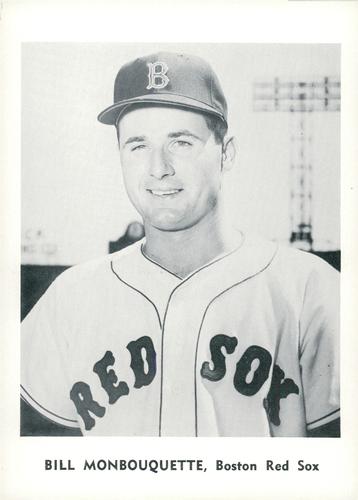 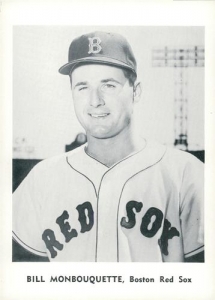 It was early in the 1961 season; the Red Sox were 9-12 and the Senators (having played five more games) were 10-16. There was no reason to think either team was going anywhere.1 It was a Friday night in Washington and the 1961 Senators were a brand-new team, the Angels and Senators having joined the American League in the first year that baseball expanded the number of teams in the league. The Senators of 1960 had decamped to Minnesota and become the Twins. The “new Senators” were 3-9 at home in the young season. Opening Day and a Sunday doubleheader against the Yankees on April 30 had both drawn more than 20,000, but otherwise the team hadn’t drawn half that number. There was seemingly nothing special about this Friday night.

Mickey Vernon’s Senators started Pete Burnside; his 1960 season for Detroit saw him 7-7 (4.28); it was the first year he’d won more than one game. Back on April 25, Boston had hammered him for four runs in two innings, driving him from the game and dealing him a defeat.

The Red Sox scored a second run in the top of the seventh. Burnside retired the first two batters but then walked Carroll Hardy, gave up a single to Vic Wertz (Hardy went first to third), and walked Pumpsie Green. And then he walked Monbouquette, forcing in that second run.

The Senators mounted a threat in the bottom of the seventh. Left fielder Jim King led off with a single. Dale Long reached on an error by Boston first baseman Pete Runnels. Home-plate umpire Bill McKinley called Senators catcher Gene Green out on strikes. Back-to-back pinch-hitters Marty Keough and Harry Bright struck out and walked, respectively. Billy Klaus then struck out swinging. Monbouquette had whiffed 14. The record for strikeouts in a game was 18, set by Bob Feller in October 1938. Sandy Koufax had tied that record on August 31, 1959.

As it happens, in the very last game the Red Sox had played – against the Angels in Los Angeles on May 10, three Angels pitchers had combined to strike out 17 Red Sox. Boston won, nonetheless, 3-2.

Fourteen K’s was impressive enough, but Monbouquette would have to strike out five of the final six batters in order to tie Feller, and every one of them to surpass him – and that presumed that the Senators made three outs in the bottom of the ninth. With the score just 2-0, they might yet score three times and win before they made three outs in the ninth.

They didn’t. What they did was retire the Red Sox in order in the top of the eighth, and strike out just once in the eighth, still remaining scoreless. Jim King was at the plate with two outs and two strikes. Monbouquette had two strikes on King and threw a pitch that King fouled into the glove of Boston catcher Jim Pagliaroni – but Pagliaroni couldn’t hold onto it. What would have been an inning-ending 16th K instead forced Monbouquette to throw another pitch, King grounded out.

In the ninth, the Red Sox couldn’t get the ball out of the infield. It remained 2-0, Boston, heading into the bottom of the ninth. If Monbouquette could strike out three Senators he’d not only win the game but tie Feller’s record. He struck out Dale Long. Gene Green reached on an error. The tying run was at the plate in the person of Coot Veal. He struck out. Two outs, the game was approaching 2 hours and 30 minutes. The 6,594 fans in attendance awaited his first pitch to pinch-hitter R.C. Stevens. There were several pitches; Monbouquette walked Stevens. Then third baseman Klaus (who’d already struck out three times) swung at the first pitch he saw and singled to center field, driving in Green. Now the tying run was on first base, and the winning run was at the plate – Senators second baseman Danny O’Connell. He was the only batter on the Senators (other than pinch-hitters) whom Monbouquette had not yet struck out. O’Connell could have earned himself a footnote in the history books by striking out, but he was trying to at least tie the game. He hit the first pitch hard. Right fielder Jackie Jensen got a bad jump on the ball, but at the last minute reached high over his head and hauled it in, a “running, one-handed catch.”2

The Red Sox won, and Monbouquette won, and he set a franchise record for strikeouts that endured 25 years until Roger Clemens struck out 20 in April 1986. The Red Sox record had been 15, shared by three pitchers – Mickey McDermott in 1951, Smoky Joe Wood in 1911, and – most unlikely – Joe Harris in 1906.3

For what it’s worth, the league record for strikeouts in a night game had been 14.4 Monbouquette obliterated that.

This 1961 game was remarkable, in that the Senators pitchers, Burnside and Dave Sisler, had held the Red Sox to just two hits. The Red Sox had committed two errors and Monbouquette had walked four Senators. He’d allowed five base hits, two of them doubles, but the strikeouts had helped – the Senators left 10 men on base.

After the game, Pagliaroni said he didn’t know whether to smile or to cry. “The ball was half in and half out of my glove. But the webbing was tight and the ball bounced out in front of the plate. If it had bounced high off my glove I could have grabbed it barehanded. I tried, but it stayed low and I couldn’t get at it before it hit the ground.”5

Opinion was reportedly divided over whether Monbouquette’s curve or fastball was his better pitch that evening. Red Sox pitching coach Sal Maglie said, “Both pitches were good. It was the way Monbo mixed them up that did the trick.”6

For his part, Monbouquette was surprised to hear he’d whiffed 17. He said, “I didn’t realize I was even close to the record, until they told me just now. I thought I had about 12 or 13, no more.”7 He said that as he’d become increasingly tired in the later innings, his curveball had started to hang so he had gone more often to his fastball.

In addition to the sources cited in the Notes, the author also consulted Retrosheet.org and accounts in the Washington Post, Boston Record, and Boston Traveler.

2 Bill Fuchs, “Senators Squawking About Grass, But How About Those 17 Whiffs?,” Evening Star (Washington), May 13, 1961: 12. The reference to grass related to complaints voiced by several Senators that the new sod and grass at Griffith Stadium was “death to hard-hit ground balls,” that the weather was bad, and that – in the words of Gene Woodling, “a fly ball won’t get you much in this park.”

3 In 1906 Harris had a won-lost record of 2-21, but on September 1 he struck out 15 Philadelphia Athletics. That was one of the games he lost, 4-1 … in 24 innings. It had been quite a game, but pitching all 24 innings gave his plenty of extra opportunities to build up his strikeout total. Opposing pitcher Jack Coombs – who also went the distance – struck out 19, but Feller’s record of 18 was achieved in a nine-inning game. Mickey McDermott’s 15 K’s were also in an iron-man performance; he worked all 16 innings of the July 28, 1951, game at Fenway Park. The Indians took a 3-2 lead in the top of the 15th, but the Red Sox tied it. Cleveland took a 4-3 lead in the top of the 16th, but then Ted Williams doubled to tie the score and Clyde Vollmer won the game with a grand slam in the bottom of the 16th.

4 That record had been shared by Feller, Bob Turley, Jim Bunning, and Early Wynn.