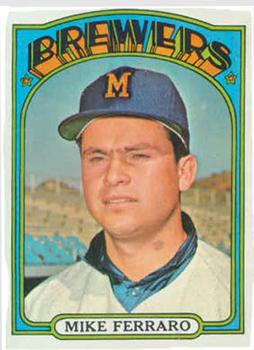 On Friday night, May 12, 1972, the focus of the baseball world was on the return of Willie Mays to New York. A trade between the San Francisco Giants and New York Mets just the day before was bringing the star back to the city where he had started his major-league career 21 years earlier, and a crowd of more than 44,000 was at Shea Stadium. Those fans were disappointed when Mays didn’t get into the game.

The Twins, at 14-4, were leading the American League West Division with a strong start after a disappointing season. The Brewers were where they often were since coming into the league three years before as the Seattle Pilots—at the bottom of the standings in their division.

Despite the good beginning, a crowd of only 8,628 was at Met Stadium for the series opener. The fishing opener couldn’t be blamed; in fact, the crowd was dotted with fishing enthusiasts who decided a quick ballgame would be the perfect preface for getting up early the next morning and heading for the lake.

The baseball buzz in Minnesota had been diminished after 1969 when manager Billy Martin was fired despite the Twins winning the division title. His successor, Bill Rigney, led the team to another first-place finish, but the team dropped to fifth place in 1971. The sports focus in the state had shifted to the Minnesota Vikings, a football team that was in the midst of a successful eight-season run that included four appearances in the Super Bowl. A players strike that delayed the start of the 1972 season didn’t help, and the turnouts at the Met had been mostly sparse.

The temperature was 73 degrees with gusting winds out of the southeast when Dick Woodson delivered a strike to Dave May for the first pitch at 7:35 P.M. Woodson, looking for his fourth win of the season without a loss, put the Brewers down in order.

In the bottom of the inning the Twins got to Milwaukee starter Bill Parsons when Cesar Tovar lined a leadoff single to left, then stole second. After Danny Thompson struck out, Tovar scored on a ground-rule double to left by Rod Carew.

George Scott used his speed, such as it was, to tie the game in the fourth, singling with one out and, with two out, stealing second and scoring on Joe Lahoud’s single.

Tovar started another rally without one out in the fifth with a single. Thompson bunted, and catcher Darrell Porter’s force attempt at second was too late; both runners were safe. Carew singled to center to score Tovar and send Thompson to third. Harmon Killebrew walked to load the bases, and a walk to Bobby Darwin forced Thompson in and Parsons out of the game. Earl Stephenson relieved and got Steve Braun to ground into a double play, preventing any more runs.

John Briggs walked to start the top of the seventh and went to third on a double by Lahoud. Woodson got a break when Billy Conigliaro’s comebacker deflected off his glove to Thompson. The shortstop was able to both hold Briggs at third and throw out Conigliaro at first. Porter worked a walk on a full count to load the bases. Bill Voss was announced as a pinch-hitter for Rick Auerbach. When Rigney went to the bullpen for Dave LaRoche, Milwaukee manager Dave Bristol sent up right-handed-hitting Tom Reynolds to hit for Voss. Reynolds grounded a single to left, good for two runs and a 3-3 tie.

That was the last scoring of the night. Both teams called on their relief aces – Ken Sanders for Milwaukee and Wayne Granger for the Twins – and each threw five scoreless innings. Others followed for varying stints.

Walks were plentiful in the game, including intentional passes. Tovar singled with one out in the 14th, stole second, and went to third on an overthrow by Porter. Thompson grounded out to pitcher Frank Linzy as Tovar held. Bristol then had Linzy intentionally walk Carew and Killebrew to bring up the struggling Darwin. The strategy worked as Darwin struck out on a ball in the dirt.

Bristol tried it again two innings later with Jim Colborn on the mound. Tovar led off with his fourth single of the game, and Thompson sacrificed. Colborn intentionally walked Carew to get to Killebrew, who flied out. Darwin ended the inning with his fifth strikeout of the game.

Friday night was becoming Saturday morning when Bob Gebhard took the mound for the Twins in the top of the 18th, his first appearance of the season. He quickly got into trouble, giving up singles to May and Bob Heise. Gebhard worked out of it, though, and also survived a threat in the 19th when Colborn tripled with one out. He got Ron Theobald on a comebacker, intentionally walked May, and got Heise to force May at second.

During the extended innings the crowd thinned out with some of the remaining ones moving into better seats. “Hey, Rigney, I’m gotta go fishing in the morning,” yelled one stalwart, refusing to leave even though it would mean little sleep for him. “Billy Martin [Rigney’s predecessor as manager] never did this!”

The fans who hung around were having a good time, and some didn’t care how long the game continued. There was a limit, however, not imposed by anyone’s bat but by an American League curfew that didn’t allow an inning to start after 1:00 A.M.

The teams reached the curfew in the 21st inning, and the Twins made a push to end rather than suspend the game. With one out Carew doubled, his fifth hit of the game, and Killebrew was intentionally walked to get to Darwin.

Darwin had come up as a pitcher with the Los Angeles Angels in 1962; unable to make it on the mound, he switched to hitting and did better. The Twins gave up outfielder Paul Ray Powell to the Los Angeles Dodgers after the 1971 season, and Darwin was an early sensation with the Twins, homering in four of the first five games in 1972. Trouble hitting curveballs sent him into a slump, and fans were demonstrating their frustration at watching him flail against breaking pitches.

As he came up in the bottom of the 21th, he was 0-for-8 in the game with five strikeouts. He made contact this time, but it was a grounder to third baseman Mike Ferraro, who started a double play that sent the fans out of the ballpark at 1:05 A.M.

The game resumed 12 hours and 10 minutes later. The starters for the scheduled game that day—Bert Blyleven of Minnesota and Jim Lonborg of Milwaukee—first pitched the resumption of the suspended game. The temperature was nearly 20 degrees cooler than when the game had begun, and an even smaller crowd—some back from the night before but otherwise mostly different fans—was in the stands.

Theobald opened the 22nd with a single and May sacrificed. Heise popped out, and Scott was intentionally walked. Ferraro then grounded a single to right-center, off Carew’s glove, and Theobald scored the first run in 15 innings.

Braun grounded a single to right to start the bottom of the inning. Steve Brye bunted down the first-base line. Scott slipped fielding the ball and was charged with an error as both runners were safe. Rick Dempsey sacrificed, putting runners on second and third. Eric Soderholm hit for Blyleven and made good contact, but right at Ferraro, who caught his line drive for the second out.

Tovar had a chance to tie a major-league record with 11 at-bats in a game, but Milwaukee manager Bristol went to an effective strategy—the intentional walk—and had Lonborg put him on. With the bases loaded, Thompson grounded to Heise, who threw to Theobald at second to force Tovar and end the game, 17 hours and 57 minutes after it had started.

The combined playing time was 5:47. Colborn, who pitched from the 15th to the 21st, was the deserving winning pitcher. Milwaukee pitchers walked 12, 5 intentionally, and the Twins walked 8, 2 intentionally. The Brewers left 16 runners on base, the Twins 23; 86 batters came to the plate for Milwaukee and 92 for Minnesota.

After a break, the regular game began with Lonborg and Blyleven pitching. Neither made it to the end of this one, which went 15 innings with the Twins winning.

Coming away with a split, Milwaukee and Minnesota played 37 innings in fewer than 24 hours.

The author used his scorebook and memories of the game for this account.

The BaseballReference.com and Retrosheet.org websites were used to confirm all data.