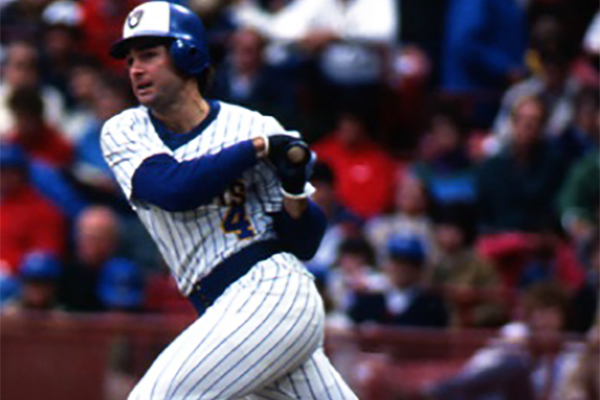 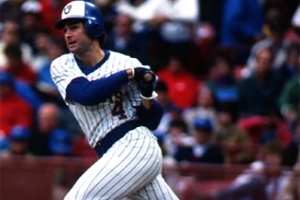 “I’m not a home run hitter,” said the Milwaukee Brewers’ Paul Molitor after smashing three home runs.1 He wasn’t exaggerating either: Entering that historic game, the speedy line-drive hitter had cranked only 27 round-trippers in parts of five big-league seasons. Though he developed a stroke to belt a career high 22 in 1993 with the Toronto Blue Jays and finish with 234 homers in his 21-year career, he never had another game like this one. “I just happened to hit the ball where the wind was blowing,” he said. “I’ve never had three in a game – not in sandlot, high school, minor leagues, anywhere.”2

Skipper Buck Rodgers’ Brew Crew was reeling heading into the final game of a three-game set with the Kansas City Royals at Royals Stadium. After losing a heartbreaker, 3-2, on Amos Otis’s walk-off home run in the opener, the club was spanked 17-3 to drop to 16-12, third place in the AL East. Manager Dick Howser’s squad (16-13) was also in third place (AL West) and looking to get on track, coming off its first losing record in the strike-shortened 1981 season since 1974.

The 17,788 spectators in Royals Stadium on a Wednesday evening were treated to another slugfest, albeit not quite as prodigious as the previous night’s 32-hit, 20-run extravaganza.

Molitor jacked Dennis Leonard’s second pitch into the left-field bleachers for a leadoff home run.3 That sound must have been reassuring to Rodgers, who counted on Molitor to rebound after a subpar 1981 campaign when injuries limited him to just 46 starts in the field (all in the outfield, where he played for the first time in his big-league career) and 16 at DH. There was pressure on Molitor, too. After batting .322 in 1979 and .304 in 1980 and earning his first All-Star berth, as a second baseman, the 25-year-old was converted to yet another new position, third base, and had to prove that he could resurrect his stroke. That wasn’t happening thus far in the ’82 season, as Molitor entered the game batting .268 with one home run.

The Royals tied the game in the second on consecutive triples by Frank White and Greg Pryor off Brewers starter Randy Lerch, a 27-year-old southpaw, whose 3-1 slate (and inflated 5.33 ERA) improved his career record to 45-51 A versatile utilityman, Pryor had been acquired in the offseason as an insurance policy for oft-injured third sacker George Brett, who missed his fifth straight game with laceration on his knee.

The initial innings were like early rounds of a heavyweight boxing match with each team trading jabs and picking up a point here and there. The Brewers took the lead in the third on Cecil Cooper’s two-out single, only to lose it in the bottom of the frame on Hal McRae’s run-scoring double to plate John Wathan, who moments earlier had been picked off second but was safe when Lerch’s throw sailed into center field. The Royals tacked on three more on in the fourth, keyed by Pryor’s two-run double and Wathan’s single to plate him.

The Royals’s starter, 31-year-old Dennis Leonard, was a grinding workhorse, an overlooked yet vital piece of the club’s success in the late 1970s and early 1980s. He was a three-time 20-game winner and won more games (120) than any other right-hander in baseball from 1975 to 1981; however, if he had one bugaboo, it was the long ball. He yielded two solo shots to begin the fifth, by Marshall Edwards and Molitor, marking the first time that the latter had connected for two in a big-league game.

Shoddy defense and weak pitching by relievers Dwight Bernard and Jim Slaton led to the Brewers’ demise in the sixth as the Royals scored three times on just one hit to increase their lead to 8-4. Two walks, two stolen bases, and two throwing errors were the culprits; Willie Wilson’s deep fly ball and McRae’s two-out, two-run double were responsible for the tallies, all unearned.

The Brewers were made up of long-ball threats, like Gorman Thomas, who went on to capture his second AL home-run crown in ’82 (tied with the California Angels’ Reggie Jackson) and Ben Oglivie, the 1980 AL homer champ; however, their bats were quiet in this game, going a combined 1-for-8. Molitor did his best Gorman impression, minus the Fu Manchu, raking a single in the seventh to drive in a run and pulling the Brewers to within three, 8-5. Jim “Gumby” Ganter’s grounder off reliever Dan Quisenberry with bases loaded should have been the last out of the eighth; instead, it was the second and drove in an unearned run. [Two batters earlier, Pryor had committed a throwing error on Ted Simmons’s grounder.].

A day after Brewers starter Jerry Augustine was clobbered for 12 runs and 15 hits in just five innings, this game revealed the weakness of the club’s relieving corps. Not trusting his wobbly bullpen, Rodgers called on starter Moose Haas, who had thrown two-run ball over 7⅔ innings in the first game of the series. The decision backfired. Moose yielded a leadoff single to Pryor, who subsequently scored on Wilson’s single. The “shell-shocked Milwaukee pitching staff took it on the chin again,” lamented Brewers beat reporter Vic Feuerherd.4

A three-run deficit was rarely worrisome to the Brewers, who ultimately led the majors with 216 home runs in 1982; however, it was a different story facing the game’s best closer, the submarining Quisenberry, en route to leading the AL in saves for the second of five times in his career. Called to record an eight-out save, the Quiz was far from his best in this game, as Molitor connected for his third homer to make it 9-7. Quisenberry retired Yount, the eventual 1982 AL MVP, and Cooper to preserve the victory and end the game in 2 hours and 48 minutes.

Buck Rodgers was happy to see his squad get out of Kansas City. “The ballpark’s been a pain to us, this team’s been a pain to us,” he said after losing the fourth straight game to the team in powder-blue uniforms. “I’m ready to get the hell out of here.”5

As for Molitor, he had little to say after a 4-for-5, three-home-run performance with three runs and four RBIs in a loss. “The first one was a fastball up,” he told the press. “In the fifth, I hit a pretty good pitch, slider down. The last one was a knuckleball up.”6

The scrappy Molitor emerged as the Brew Crew’s offensive catalyst in 1982. He led the majors with 136 runs scored and collected 201 hits for a .302 batting average