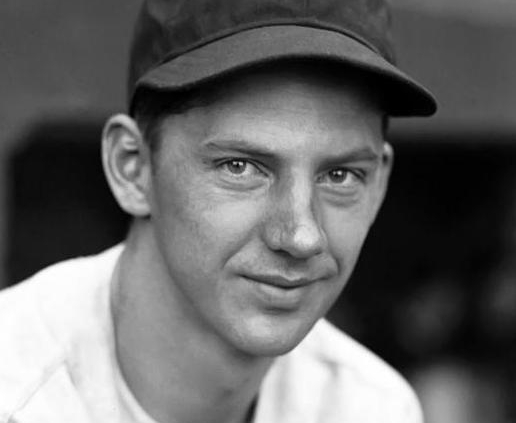 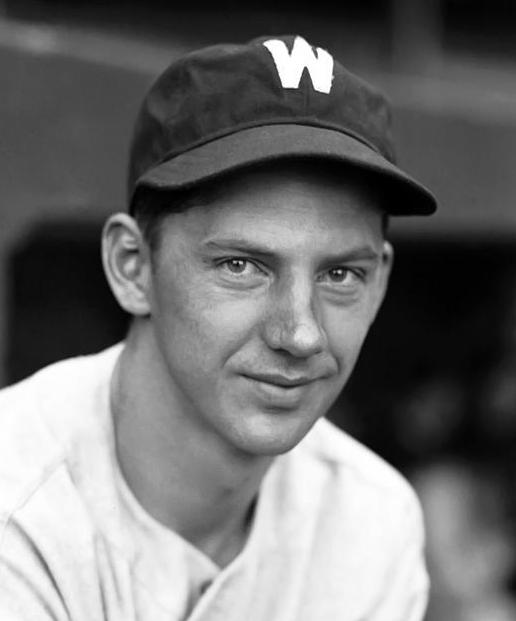 Ending a topsy-turvy, roller-coaster ride, first baseman Joe Kuhel rapped a bases loaded 12th-inning single through the pitcher’s box to lift the Washington Senators to an 11-10 victory over the Cleveland Indians at Griffith Stadium. Kuhel’s fifth hit of the game capped a 3-hour 34-minute marathon in which the two teams combined to use 11 pitchers, reported at the time as an American League record, and 34 players in all.1

The 11 pitchers surrendered 43 hits. Washington lashed out 27, including three singles, a triple, and a home run by Kuhel, five singles by 19-year-old third baseman Cecil Travis, making his major-league debut, and five singles by catcher Luke Sewell. All nine Senators starters collected at least one hit and all eight of Cleveland’s position players did the same. Left fielder Joe Vosmik had four of Cleveland’s 16 hits.

“Only about 1,000 fans saw the game, which started in a light drizzle on a rain-soaked field, was played in bright sunshine, and ended almost after nightfall,” the Associated Press reported, calling the game a “weird twelve-inning slugging battle.”2

The sparse crowd saw the Senators build a seemingly safe 7-1 lead, but the Indians chipped away and finally grabbed the lead before Washington staged its own late-inning heroics.

It started quietly enough. Senators starting pitcher Walter “Lefty” Stewart surrendered a single in the top of the first, but Sewell gunned down Johnny Burnett trying to steal second. Right fielder Goose Goslin singled against Indians starter Belve Bean in the bottom of the inning, but the Nationals left him stranded.

Cleveland grabbed a 1-0 lead when second baseman Bill Cissell led off the second with a double, moved to third on a groundout, and scored on Vosmik’s single to center.

The lead disappeared in the bottom half of the inning. Travis, a spray-hitting left-handed batter, reached on an infield single in his first major-league at-bat, and Sewell slapped a two-out single that Vosmik misplayed, allowing Travis to score and Sewell to scamper into second. Stewart helped his own cause with a single to left to plate Sewell, and Kuhel tripled into the right-field gap to drive in Stewart.

Senators shortstop Joe Cronin committed an error in the top of the third, but Stewart worked through it, and Washington scored four runs in the bottom of the inning. After Bean retired the first two Washington batters, center fielder Fred Schulte beat out an infield single, Travis singled to center, and second baseman Buddy Myer plated Schulte with a single to center. Sewell greeted relief pitcher Sarge Connally with an infield single to score Myer, and Stewart reached again, this time on a walk, to load the bases. Kuhel lined a single to center, driving in Sewell and Myer, and the Senators led, 7-1.

Cleveland whittled away at Washington’s lead in the top of the fifth when Connally doubled to left-center field, right fielder Dick Porter tripled to drive him in, and Porter scored on a groundout by Burnett.

Kuhel homered to right field in the bottom of the fifth to extend the lead to 8-3, but Cleveland chiseled away again with three runs in the top of the sixth. First baseman Ed Morgan tripled to left and third baseman Willie Kamm drove him home with a fly ball. Vosmik and catcher Roy Spencer both singled, and after a fly out, Porter’s single scored Vosmik and Burnett’s single scored Spencer. Cronin, Washington’s player-manager, made his first pitching change of the day. Lefty Bobby Burke replaced Stewart and induced center fielder Earl Averill to pop out in foul territory to end the inning.

The Senators could not extend the lead against Cleveland’s third pitcher of the day, Howard Craghead, in the bottom of the sixth, and once again Cleveland chipped away, scoring an unearned run when Kamm reached on Cronin’s second error and Vosmik doubled him home. Washington’s third pitcher, Monte Weaver, came on to end the assault.

Clinging to an 8-7 lead, Washington failed to score in the bottom of the seventh against Cleveland’s fourth pitcher, Clint Brown.

The Indians finally reclaimed the lead in the top of the eighth. Center fielder Averill drove in a run with a single, Kamm chased him home with a base hit to left, and Vosmik singled to left – his fourth hit of the day – to drive in a third run. Jack Russell replaced Weaver and recorded the third out.

Down 10-8, it was Washington’s turn to chip away, aided by an Indians’ error. With one out, Travis reached on a misplay by Cissell, and Myer singled to move Travis to third. After Mel Harder, Cleveland’s fifth pitcher, replaced Brown, Sewell singled to left to score Travis.

Cronin called on Washington’s fifth pitcher, Bill McAfee, who replaced Harris in the top of the ninth, and retired the Indians in order.

Nursing a one-run lead, Harder retired Kuhel to start the bottom of the ninth inning, but left-fielder Heinie Manush and Goslin both singled to center and Cronin flied to right to score Manush. That was all Washington could muster against Harder, and the game moved to extra innings tied at 10-10.

McAfee worked his second scoreless inning, but not without drama. After he hit Averill to start the 10th inning, home-plate umpire Roy Van Graflan called Cissell out on strikes and then ejected both Cissell and Indians manager Roger Peckinpaugh for arguing the call. McAfee retired the next two hitters, and the game remained tied.

The Senators nearly ended it in their half of the 10th when Travis slapped his fifth single of the day, Myer bunted him to second, and after Sewell grounded out, pinch-hitter Sam Rice singled. Burnett, who had moved from shortstop to second after Cissell’s ejection, threw to Sewell, who tagged out the sliding Travis at the plate.

Alvin “General” Crowder, Washington’s sixth hurler, replaced McAfee and retired the Indians in order in the 11th. The Senators threatened in the bottom of the inning when Kuhel singled and was sacrificed to second by Manush. Goslin drew an intentional walk. But Harder induced Cronin to ground into a force play and Schulte flied out to center to end the threat.

Crowder set the Indians down in order again in the top of the 12th, and in their half of the inning the Senators cashed in on their chance. With one out, Myer singled to center and took third when Sewell singled to right. Pinch-hitter Ossie Bluege received an intentional pass to set up Kuhel’s game-winning hit.

Bluege had batted for Crowder, and had Kuhel not ended the game, Cronin would have been forced to use his seventh pitcher of the game. Earl Whitehill, a starter, was warming in the bullpen when the game ended, and was Cronin’s last available hurler. Alphonse “Tommy” Thomas had been given the day off after getting married that morning.3

With the win, Crowder improved to 5-2, in the midst of a highly productive three-game stretch. Two days earlier, he had retired Luke Appling for the final out in an 11-9 win at Chicago in the second game of a doubleheader to preserve a Washington win. After an offday, he pitched the 11th and 12th innings to earn the victory over the Indians on Tuesday, and the next day the “durable righty”4 who regularly started and relieved in 1933, hurled all nine innings of a 3-2 win over the Indians, scattering eight hits and a walk to outduel Wes Ferrell.

With the win, Washington improved to 17-11 and Cleveland slipped to the same mark, leaving the teams tied for second in the AL. The New York Yankees, who were rained out, remained 15-9, percentage points ahead of the Senators and Indians.

While the Senators went on to win a pennant and represent the AL in the World Series with Kuhel, Crowder, Cronin, Goslin, and Manush playing key roles, Travis enjoyed only a short first major-league stint. The Nationals had rushed the youngster into the lineup because of injuries, including one to Bluege, the team’s regular third baseman.

“Cecil Travis, hurriedly recalled from Washington’s Chattanooga farm to play third base, turned in two of the most brilliant fielding plays of the game in addition to producing five singles and reaching first by the error route on another try,” the Associated Press reported.5

After his five-hit effort, he banged out three more hits in his next two games.

“The extent to which Travis made his presence felt in those three games better may be appreciated from the fact that he collected eight hits in 15 times at bat for a percentage of .553 and scored five runs,” Denman Thompson wrote in The Sporting News. “But his value may not (be) confined to the attacking end, for he handled a total of 18 chances in the field without the semblance of an error, and some were of the most difficult variety.6 The Indians tried him out with all manner of offensive tactics, including well-placed bunts, yet not once did he fail to perform in the most approved style.”7

Though he batted .310, the 19-year-old’s first stint in the majors lasted barely a week. The Senators sent Travis back to the minors after Washington’s May 24 game, when Bluege was able to return to regular play.

Travis did return in September as the Senators cruised to the pennant by seven games over the Yankees, but mustered just four hits in 14 at-bats. He became a regular and batted .314 in 12 big-league seasons, but lost four years of prime playing time to serve in the Army during World War II. Regarded as the best third baseman in the AL when he was drafted in 1942, he suffered frostbite at the Battle of the Bulge that hampered his ability to return to the majors after the war, and earned a Bronze Star.8

In addition to the sources cited in the Notes, the author accessed Retrosheet.org, Baseball-Almanac.com, Baseball-Reference.com, SABR.org, The Sporting News archive via Paper of Record, dcbaseballhistory.com, and thisdayinbaseball.com, as well as the following:

1 The Sporting News said the game lasted 3 hours 21 minutes, and that 33 players appeared in it, “coming within two of the record of 35 players utilized by two clubs. “Games of May 16,” The Sporting News, May 25, 1933: 6. However, the publication’s box score, and those of Retrosheet.org, Baseball-Almanac.com, and Baseball-Reference.com list 34 players, 16 for Cleveland and 18 for Washington.

6 BaseballReference.com says Travis had 19 fielding chances in the three games.