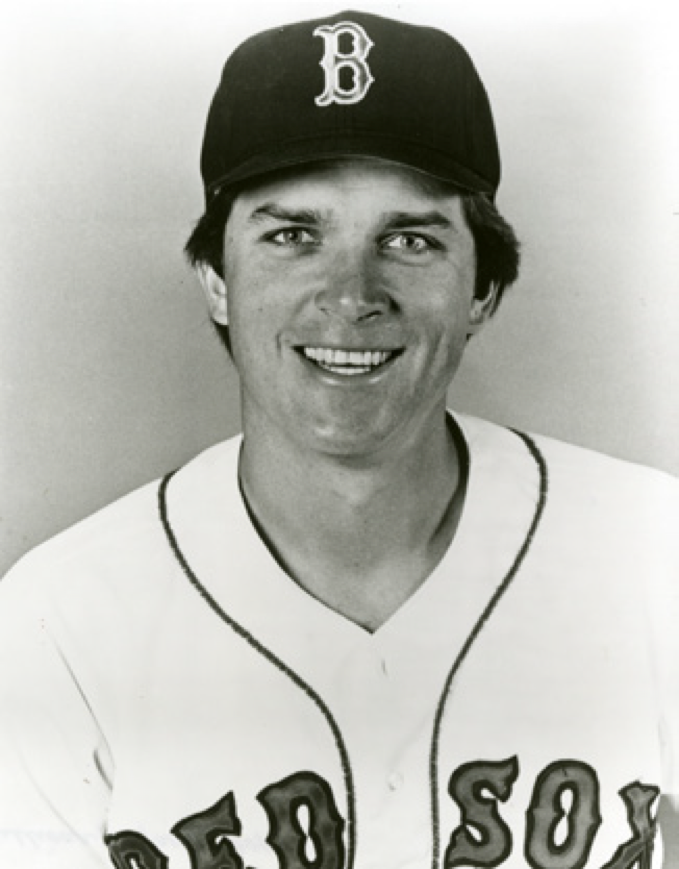 On Monday night, May 19, 1986, the Boston Red Sox hosted the Minnesota Twins at Fenway Park. The first-place Red Sox had defeated the Texas Rangers on Sunday in a stunning 10-inning finish. As Yogi Berra once said, it was déjà vu all over again on Monday, as Boston again rallied and won in walk-off fashion, beating the Twins 8-7.

The previous day, Boston had entered the bottom of the ninth trailing the Rangers 3-2. Leadoff doubles by Marty Barrett and Wade Boggs tied the score. In the top of the 10th the Rangers’ Pete O’Brien scored on a walk, a single by Tom Paciorek, and an error by Red Sox catcher Rich Gedman to give Texas the lead again. Boston then created one of the more bizarre walk-offs in Boston history. With one out, Steve Lyons singled to center field. With Barrett batting, Rangers hurler Greg Harris appeared to have Lyons picked off but threw wild and Lyons scampered to second base. Barrett blooped a flare down the right-field line and the Rangers’ George Wright dove to make a sensational catch. He gloved the liner, but the “ball came loose when Wright’s glove hit the ground — one account said Wright trapped the ball1 — and then the fun started.” Lyons evidently thought the catch was going to be made, so he returned to second base and slid back into the bag just as Barrett came in standing up from the first base side. “I thought he caught the ball, so I decided to get my butt back to second. I knew I’d never see the field again if I got doubled off. The next thing I know, Marty was standing there, and he yelled, ‘What are you doing here?’ So I headed back to third because all of us can’t be at second.”2 Right fielder Wright scooped up the ball and ran toward the infield. As Lyons broke for third, Wright threw on the run, but the ball skipped past both third-baseman Steve Buechele and the pitcher, Harris, who was backing up the play. It went into the Texas dugout and both Lyons and Barrett were awarded two bases, giving Boston two runs and a walk-off 5-4 victory.

On Monday night, Boston took on the sixth-place Twins. Before a crowd of 18,428, Boston and Minnesota gave the fans their money’s worth. John Butcher took the mound for the Twins, facing Boston’s Mike Brown. Neither would get the decision. Brown gave up doubles to Roy Smalley and Kent Hrbek and a single to Mark Salas in the first inning. Boston answered in the bottom of the inning with a solo home run to right-center by Bill Buckner, cutting the Twins lead to 2-1. With one out in the bottom of the second, Boston’s Don Baylor walked and moved to third on a double by Mike Stenhouse. Rey Quinones singled, driving in Baylor, and Steve Lyons followed with a line-drive double, scoring both Stenhouse and Quinones, and Boston had a 4-2 advantage.

In the first four innings, Boston batters put together seven hits in scoring four runs, but they also hit into four double plays3 and had a runner thrown out at second to end an inning.

Kirby Puckett doubled and Hrbek and Tom Brunansky hit back-to-back homers off Brown in the top of the fifth, making it 5-4 in favor of the Twins. After Mark Salas singled, Boston manager John McNamara pulled Brown and brought in left-hander Tim Lollar. Lollar allowed a single to Gary Gaetti and a double to Mickey Hatcher that plated Salas and Gaetti, and Minnesota had captured a 7-4 lead by batting around in the inning. Boston got a run on a walk and two singles in the bottom of the fifth, but then the innings ticked by and Minnesota still clung to its 7-5 lead.

Until the bottom of the eighth. Twins reliever Frank Pastore allowed a one-out single to Jim Rice. Rice moved to third on a single by Gedman. Don Baylor grounded to third, but it was deep enough for Rice to come home. At the end of eight innings, it was Minnesota 7, Boston 6.

One run down, Boston came to bat in the bottom of the ninth against closer Ron Davis. Quinones and Lyons quickly made two outs for the Red Sox. Barrett drew a walk on a 3-and-1 pitch. Boggs kept the inning alive with a double off the left-field wall, sending Barrett to third. Davis intentionally walked Bill Buckner, bringing Rice to the plate. Rice fouled off five 1-and-2 pitches and finally looked at ball four on the 11th pitch of the at-bat, drawing an RBI walk as Barrett scored the tying run.4 Marc Sullivan, the backup catcher, who had come in after Gedman was lifted for a pinch-runner in the eighth, now faced Davis. Sullivan watched the first pitch cross the plate for strike one. The second pitch struck his left hip, forcing Boggs in with the winning run. The Red Sox had gained their second straight walk-off win. They extended their Eastern Division lead over the idle New York Yankees to one game. Boston had scored two runs on a double, three walks, and a hit batter, all with two outs in the bottom of the ninth.

The Twins’ first four batters — Puckett, Smalley, Hrbek, and Brunansky — provided much of Minnesota’s power, combining for four doubles, two home runs, and a single. Seven of the Twins’ first 10 hits went for extra bases. Boston starter Mike Brown lasted 4⅓ innings and yielded six earned runs. Joe Sambito picked up the win for Boston, pitching a three-up, three-down top of the ninth. It was his first major-league victory since 1981.5 Sullivan was playing in only his fifth game of the season. (He was plunked by a Twins pitcher the next day, too.)

The Red Sox went on to build a six-game winning streak, and they won 10 of 11 from May 17 to May 28, with the only loss coming in a payback walk-off defeat to the Rangers in Texas on May 24.

This article appeared in “The 1986 Boston Red Sox: There Was More Than Game Six” (SABR, 2016), edited by Leslie Heaphy and Bill Nowlin. Read more game stories from the book at the SABR Games Project by clicking here.