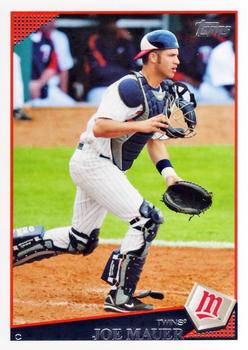 The Minnesota Twins were struggling going into the final game of a series versus the Chicago White Sox. Minnesota had lost six straight games and nine consecutive road games. The Twins had an American League-worst road record of 4-14.1

While the temperature was warm and the skies were sunny in Chicago, both teams were facing storm clouds.

With the exception of pitcher Mark Buehrle, Chicago’s starting rotation had been struggling. The White Sox were 7-1 in Buehrle’s starts and 10-21 in the remaining games.

On the morning of the game, White Sox general manager Ken Williams agreed to a

trade with San Diego to acquire pitcher Jake Peavy for left-handed pitchers Clayton Richard and Aaron Poreda plus two other minor-league players. Williams admitted that he’d been trying for 11 months to acquire Peavy. San Diego had been trying for a long time to get rid of Peavy’s expensive contract.

White Sox manager Ozzie Guillen was positive about the trade. ”If it happens, it’s going to make our ballclub a lot better,” he said. “We’ve got to show those guys [in the clubhouse] we’re pushing. Kenny is doing stuff to make this ballclub better.”2

Meanwhile, Twins manager Ron Gardenhire had been receiving criticism and finally changed his batting order for the game. The second spot in the batting order had a batting average of .186 and an on-base percentage of .244 The new Twins batting order consisted of Joe Mauer batting second, Justin Morneau batting third, and Jason Kubel batting cleanup. Gardenhire was grumpy about making the changes and said before the game, “I like it better the other way, guaranteed. I would really like to have a guy that handles the bat, a guy who can bunt, a guy who can run, all those things. That’s my preference, that’s the way it’s supposed to be in the lineup. Alexi Casilla should be there, and when he gets his act together.”4 At the time, Casilla was batting .326 at Triple-A Rochester.5

Blackburn talked about the difficulties of pitching in a rout: “It’s a long rest in between earnings. But when you’re putting up that many runs, it’s OK. It gets tough in the later innings – the fifth, sixth, seventh, it gets hard to keep your focus. And after a while, you start to tighten up. That seventh inning, I felt like I hadn’t thrown a pitch in 45 minutes.”6

Gardenhire said, “He was going and getting stretched by our strength guy every stinkin’ inning because they were so long. He probably could have finished the ballgame. But how many times are you going to watch him go get stretched?”7

Blackburn talked about getting replaced before the eighth inning, “I was OK with it. We had guys in the bullpen who needed to pitch. And I’ll have more chances.”8 Gardenhire wanted to get relief pitchers Jose Mijares and Joe Nathansome work.

The offensive explosion was led by Mauer. Behind two doubles, a sacrifice fly, and a grand slam into the left-field stands, Mauer drove in six runs and extended his hitting streak to 14 games. White Sox starter Bartolo Colon left the game after allowing seven runs in the second inning. In that second inning, Michael Cuddyer and Crede hit back-to-back home runs to left field. The bottom of the Twins lineup showed improvement as well. Catcher Jose Morales had three hits. Second baseman Matt Tolbert had his first career home run and went 3-for-6 with four RBIs. While weak-hitting shortstop Nick Punto did drive in a run via sacrifice, he also struck out three times.

Mauer was cautious about the batting-order change, saying, “I don’t know. It worked today, so we’ll have to see. When we’ve had success, we’ve had guys on top (of the order) get on base, and have the middle of the order drive them in. I guess I’m kind of caught in between.”9

While Morneau was 0-for-2 with three walks, he was positive about the lineup changes, saying, “If you score 20 every night, why not? When somebody gets hot, we can bump it back. Or maybe not. … We made it look pretty good tonight.”10

Morneau also said of the lineup changes, “Change it up, you know. And if somebody gets hot, maybe we’ll put them in that two-hole, maybe not. I mean, we get more at-bats when we get up there earlier in the game. It made [Gardenhire] look pretty good today. Hopefully, we can keep it going, and it gives us a little confidence.”11

Gardenhire added, “Everything kind of blew up out there. I think we probably [took out] a little aggression from the whole road trip.”14 Mauer said, “It’s not a good trip. One win and six losses. I’m feeling good at the plate, but I’d much rather have the wins.”15

Morneau said, “The flight home will feel pretty good; that’s about it. Obviously, it wasn’t a good trip. Maybe we can take some confidence from this game and get on a roll at home.”16

Stubbornly, Gardenhire didn’t want to admit that the lineup change was effective. He said he would “try it again and see what happens.” Still, Gardenhire mentioned Casilla along with Tolbert and utility infielder Brendan Harris as possibilities to bat second. He said, “I would really like to have a guy [in the two-spot] that handles the bat – a guy that can bunt, a guy that can run, all those things. That’s the way it’s supposed to be in the lineup. Alexi Casilla should be there. And if we can get Lexi back up here playing good, get his confidence back up, he should be right back in there. But right now, he’s scuffling a little bit. Maybe we’ll get Tolbert swinging a little better, Harris, who knows?”17

Gardenhire did joke with media members when asked if he’d use the same lineup for the next game: “Oh, heck no. I’m changing them all just to give you guys something to write about.”18

Guillen said after the rout, “I hope Peavy didn’t watch the scoreboard today. He might say no.” 19

Chicago designated hitter Jim Thome said, “You hope a game like this won’t have any effect on [Jake Peavy’s] decision.”20

Peavy vetoed the trade, saying, “As of right now, this is the best place for us to be. We made that decision for the time being.” 21 Williams said, ‘’It was communicated to me earlier this evening that Jake Peavy is simply not yet ready to make a commitment to join the Chicago White Sox.’’22

Williams still defended his pitching staff, saying, “There are a number of clubs trying to get a hold of our young guys in the rotation and get me to move them now, thinking we might have soured on them because they’re having a little tough stretch. It’s not happening. We have faith in John Danks and Gavin Floyd, and I’m not worried about how they’re going to rebound this year.” 23

Williams did criticize Bartolo Colon, saying, “Bartolo can’t get away with fastballs all the time. He’s going to have to mix in more breaking balls. Unless you’re mixing it up, you won’t have success, and he knows that. … If he doesn’t mix it up, he’s going to get his [behind] handed to him.”24

Peavy approved a trade on July 31, 2009, to the White Sox for Richard, Poreda, Adam Russell, and a minor leaguer, Dexter Carter.

In addition to the sources cited in the Notes, the author also consulted Baseball-Reference.com for verification.