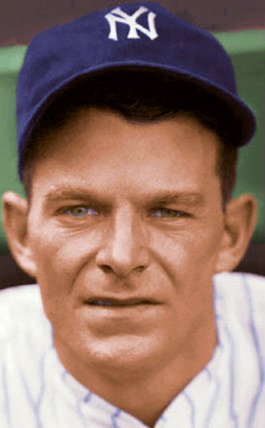 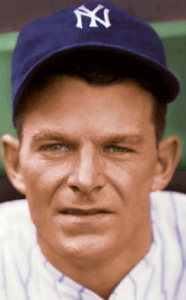 On the heels of the British navy’s sinking of the German battleship Bismarck and President Franklin Roosevelt’s “unlimited emergency” speech defying the Germans, the Washington Senators inaugurated night baseball on May 28, 1941, on a sweltering evening in the nation’s capital. Senators owner Clark Griffith was following the lead of six other major-league teams and drew 25,000 fans, about 10 times as many as for a weekday afternoon game.1 Griffith had initially resisted night baseball, calling it ‘bush league stuff” after the first major-league night game in Cincinnati in 1935 and stating that baseball was meant to be played “in the Lord’s own sunshine.”2 However, buoyed by attendance spikes at other major-league venues that had installed lights, and, according to one veteran writer, by concern that the likely coming war would reduce daytime attendance even more, he had spent $165,000 installing a lighting system that produced 1,140,000 watts.3 It was said that the Griffith Stadium lights exuded enough power to light 5,000 homes.4

The Senators had played their initial night game nearly two years earlier in Philadelphia.5 Evening baseball was still so new, however, that the Senators had to get permission to raise the flag after sundown to play the national anthem.6 To turn on the lights for their first home night game, the team trotted out the legendary Walter Johnson to throw a fastball through a projected electric beam that was set on a pedestal over home plate. His first two pitches to catcher Jake Early missed but then the Big Train split the beam, causing the crowd to roar as eight 150-foot light towers lit up.7

The game itself was a doozy. It pitted the Senators, struggling in a nine-game losing streak that had landed them in the American League basement, against the third-place New York Yankees. Steve Peek, a 26-year-old rookie from St. Lawrence University recently up from Newark, was making his second major-league start for the Yankees against Sid Hudson, also 26 but in his second full big-league season.8 Peek was known for his curveball and Yankees manager Joe McCarthy thought breaking pitches would be harder to pick up at night.9

The Yankees led off the game with a single to center by Johnny Sturm and a walk to Red Rolfe, but Hudson bore down to retire the heart of order, Tommy Henrich, Joe DiMaggio, and Charlie Keller, on a fly out and two groundballs. It turned out that the Yankees were having trouble with Hudson’s hard curve.10 The Nats struck quickly in the bottom of the first with one-out hits by Buddy Lewis and Doc Cramer, whose ball took a bad hop over Rolfe at third. With two outs, Mickey Vernon drove in Lewis with a sharp single to center to plate the first run of the game. Buddy Myer then beat out an infield hit to Frankie Crosetti at shortstop to score Cramer and make the score 2-0. It could have been worse but Crosetti threw behind Vernon, who had rounded third base too far, for the third out.11

The Senators added a third run in the third on an RBI single by Cecil Travis, driving in George Case, who had walked, stolen second, and advanced to third on a groundout. After that inning, Peek got his bearings and was effective in shutting down the Washington attack. Hudson, meanwhile, fairly mowed down the Yankees until the sixth, when Henrich led off with a home run over the right-field wall to bring the score to 3-1.

Neither side seriously threatened until the eighth, when the wheels came off for the home squad. The inning started innocently enough, with Henrich grounding out to Vernon at first unassisted.  But DiMaggio, battling a sore throat,12 blasted one against the right-field fence and motored into third with a triple. Keller then worked Hudson for a walk. Joe Gordon was next and appeared to hit a tailor-made double-play grounder to Travis at shortstop. But Travis fumbled the ball, then kicked it with his foot, and in his haste to salvage a force at second, threw the ball wide of the base and into right field. By the time Buddy Lewis retrieved the baseball, DiMaggio had scored, Keller was standing on third and Gordon was at second. The bases were soon loaded when Washington manager Bucky Harris ordered Bill Dickey intentionally walked.

With the tying and go-head runs in scoring position, Joe McCarthy sent the lefty-swinging George “Twinkletoes” Selkirk13 to the plate for Crosetti. Selkirk was a 33-year-old veteran who had lost his regular job in right field to the younger Henrich. He worked the count to 2-and-2 and then lifted a blast far into the night sky. It came down well over the right-field wall for a grand slam, suddenly turning the game around and giving the Yankees a 6-3 lead as the Senators fans sat in silence.14 Hudson recovered to strike out Peek and Sturm, but the damage was done.

The Nats rebounded to get a run back in the bottom of the eighth on a leadoff double by Travis off the right-field wall. With two outs, catcher Early drove him in with a blast to deep right-center, ending up at third base with a triple. Jimmy Bloodworth, however, grounded to Rolfe at third to end further damage.

Alex Carrasquel15 relieved Hudson in the ninth and retired the New Yorkers in order. In the bottom half, McCarthy brought in Marv Breuer to protect the lead for Peek, who had yielded 10 hits in his eight innings. Breuer proceeded to strike out pinch-hitter Johnny Welaj to open the inning but Case followed with a triple to the left-field corner, showing his considerable speed in getting that far. Buddy Lewis followed by grounding out to Gordon at second for the second out, scoring Case to make it a one-run game. But Breuer retired Cramer on a fly ball to DiMaggio in center to seal the Yankees’ 6-5 victory and send the Nats to their 10th straight defeat.16

DiMaggio’s eighth-inning triple was his only hit of the day and extended his hitting streak to 13 games, which was for the first time getting a mention in the New York papers.17 He would, of course, eventually make at least one hit in 56 straight games, a record that still stands.

Clark Griffith made back a good deal of his lights’ investment that very evening, and, in a complete about-face, became a vocal proponent of night baseball, eventually getting permission during the war years to schedule 21 night contests at home when the rest of the majors were limited to 14.18

The Yankees swept to the pennant in 1941 by a resounding 17 games while the Senators finished tied for sixth place with a 70-84 record, 31 games behind New York.

3 Morris A. Beale, The Washington Senators – The Story of an Incurable Fandom (Washington: Columbia Publishing Company, 1947), 164.

8 As a rookie, Hudson had won 17 games against 16 losses after losing 9 of his first 11 decisions in 1940 for the seventh-place Senators.

13 So-called because of his heels-up running style. Kennedy, 69.

15 Carrasquel was the first Venezuelan player in the major leagues and compiled a 50-39 won-lost record in eight seasons. Lou Hernandez, Alex Carrasquel biography in the SABR BioProject.

16 Peek recorded his second big-league win. He finished his only major-league season with a 4-2 record but a 5.06 earned-run average. Hudson took the loss, finished the season 13-14 and would pitch 12 years in the major leagues, all with mediocre Senators or Red Sox teams.