The Zanesville (Ohio) Greys were a Class C minor-league baseball team affiliated with the Cleveland Indians. In 1935 Earl Wolgamot led the Greys to the best overall record in the eight-team Middle Atlantic League, and he was voted the league’s manager of the year for the second year in a row.1 His best players, though, had moved up the minor-league ranks. Gone were first baseman Jimmy Wasdell, who led the league with a .357 batting average, and promising outfielder Tommy Henrich; Wasdell was promoted to Double-A Minneapolis and Henrich advanced to Class A New Orleans. The constant turnover of players meant that each spring a new team must be assembled from raw recruits. Wolgamot was up to the challenge. Billy Evans, a former Indians general manager and a former umpire, described Wolgamot as “a mighty competent fellow who has had great success in developing young players.”2

On April 19, 1936, Wolgamot opened spring training with 50 players, ages 18 to 23.3 With only 17 days to prepare for the Greys’ season opener against the Johnstown (Pennsylvania) Johnnies, Wolgamot was busy. Twenty of the players were cut after eight days.4 Two exhibition games were played in Zanesville with two more to go. On April 28 the “bewhiskered” House of David team defeated Wolgamot’s squad.5 On May 1 the Homestead Grays of the Negro National League likewise defeated the home team.

Now the Pittsburgh Crawfords, reigning champions of the Negro National League, arrived in Zanesville.6 The May 2 game was rained out, so a doubleheader between the Crawfords and the Zanesville Greys was scheduled for Sunday, May 3, at 1:00 P.M. General admission to Mark Park was 25 cents. Could Wolgamot’s newly assembled team of white youngsters defeat the greatest Negro team in the country? It seemed quite improbable; however, a week before, the Dayton Ducks of the Middle Atlantic League managed to win one of two games from the Crawfords in Dayton.7

For the Crawfords, crisscrossing Ohio by bus was nothing new. Because of racial discrimination, the team struggled to find restaurants and hotels willing to accommodate them. The players were not permitted to change clothes or take a shower in stadium clubhouses.8 The Crawfords won the Negro National League pennant in 1935 without Satchel Paige, their ace pitcher, who had left the team in a contract dispute. The great news from the Crawford camp was that Paige returned to the team for the 1936 season (after signing a contract that made him the highest-paid Negro baseball player9), and Paige arrived with the Crawfords in Zanesville.

Except perhaps for Joe Louis and Jesse Owens, Satchel Paige was the most famous Negro athlete in the country. Zanesville’s Negro community was well represented among the estimated 1,000 fans attending the May 3 doubleheader. Mark Park was also the home field for the Zanesville Black Stars, a Negro semipro team.10 The ballpark was located in the Putnam district of Zanesville,11 which was home to many Negroes. Back in the 1850s, Putnam served as a station of the Underground Railroad, sheltering fugitive slaves.12 The opportunity to see Paige in Putnam was extraordinary.

Here are the starting lineups for the doubleheader.13 Except as noted, the lineups were the same in both games.

For the visiting Pittsburgh Crawfords, managed by Oscar Charleston:

For the home Zanesville Greys, managed by Earl Wolgamot: 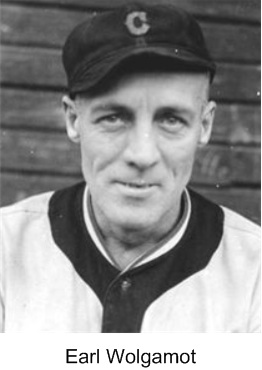 In Game 1, the score was tied 4-4 after four innings, and it momentarily appeared that the Greys could compete with the Crawfords. However, in the top of the fifth inning the Crawfords scored six runs, highlighted by an Oscar Charleston home run. This chased Tommy Reis who was relieved by Jim Davis. In the top of the seventh inning, the Crawfords tacked on four runs off Davis with home runs from Josh Gibson and Judy Johnson. The final score was 14-4. The Crawfords tallied 21 hits; the Greys did well to muster eight, including three doubles, off Leroy Matlock, a tough left-hander who pitched a nine-inning complete game.

The fans watched with great anticipation as the legendary Satchel Paige took the mound in Game 2, with Bill Perkins, his favorite catcher, behind the plate. The Zanesville Signal reported what ensued: “Satchel Paige, the sensational ebony moundsman, made our ginks look like duck soap in the seven-inning nightcap, turning them back without a hit. He buzzed his fastball past them with amazing accuracy and fanned seven. Baker, Bankus and Meyers were on the hill for the Greys but they didn’t fool anybody much, as the Crawfords gnawed off eleven blows.”14 The final score was 7-0. One of the Crawfords’ 11 hits was Johnson’s second home run of the day. Paige allowed only three baserunners in his no-hitter, on one walk and two infield errors, and none of them advanced past first. The seven-inning game took only one hour and 18 minutes, but created a lifetime memory for those who witnessed it.

On May 3, 1936, while the Crawfords were playing the Greys in Zanesville, 21-year-old Joe DiMaggio made his debut with the New York Yankees at Yankee Stadium. “Satchel Paige was the best and fastest pitcher I ever faced,” said DiMaggio in 1979.15

The Zanesville Greys won the Middle Atlantic League pennant in 1936, and Earl Wolgamot was voted the league’s manager of the year for the third season in a row.16 Oscar Grimes batted .376 and led the league with 150 runs scored. Jeff Heath batted .383 and led the league with 187 RBIs.17 Tommy Reis finished the season with a 21-9 record. Grimes, Heath, Reis, and eight other members of the 1936 Greys eventually made it to the major leagues.18

The Pittsburgh Crawfords won the Negro National League pennant in 1936. None of the Crawfords was permitted to play in the major leagues because of the color barrier, which was broken in 1947 by Jackie Robinson. Satchel Paige made his major-league debut with the Cleveland Indians in 1948 at the age of 42. Of the first seven Negro League players inducted into the Baseball Hall of Fame, five played that day in Zanesville: Satchel Paige, Josh Gibson, Cool Papa Bell, Judy Johnson, and Oscar Charleston.