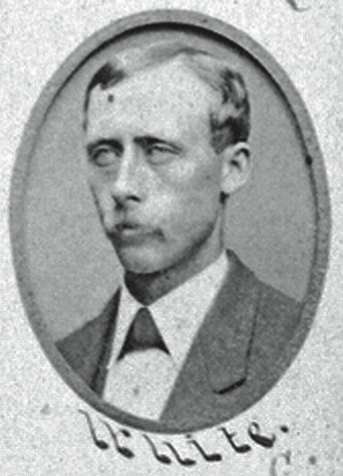 On the rainy evening of March 17, 1871, delegates from 10 professional baseball clubs met at Collier’s Rooms in New York City, an upstairs saloon run by 32-year-old character actor James W. Collier at the corner of Broadway and 13th Street, just across from Wallack’s Theatre, where he frequently trod the boards. The clubs had come together at the invitation of the Mutuals to establish a new professional National Association, based largely upon the rules and regulations of the amateur organization from which they had just departed.

Of the 10 clubs present that evening, eight would plunk down the mandatory $10 to join: the already established Athletics (Philadelphia), Mutuals (New York), Olympics (Washington), Haymakers (Troy), White Stockings (Chicago), two Forest City clubs (Rockford and Cleveland), plus Harry Wright’s newly founded Red Stockings of Boston. The Eckfords of Brooklyn and Nationals of Washington sent delegates to the meeting, but held tight to their wallets and did not join the new National Association for play in 1871. The Atlantics of Brooklyn, who might have been expected to join, did not send a delegate, deciding to retain so-called amateur status.

In the days that followed, a surprising ninth club came across with the dues: the Kekionga of Fort Wayne, Indiana, named for the Miami Indian settlement around which Fort Wayne grew. In the Miami language, Kekionga meant “blackberry patch.” Woefully uncompetitive against the big clubs in its previous seasons, they had lost two games to the unbeaten Cincinnati Red Stockings of 1869 by scores of 86–8, and 41–7, then took a 70–1 pasting in the following year. Yet now the Fort Wayne hayseeds declared themselves a fully professional nine, based on their having picked up, in August 1870, several stranded players from the Maryland Club of Baltimore, which had run out of funds while playing in Chicago. The star of the Marylands had been diminutive pitcher Bobby Mathews, who would now pitch for the Kekiongas. Eleven days after the meeting at Collier’s Rooms, the Kekionga directors dispatched George J. E. Mayer—the club’s secretary, catcher, and captain in 1870—to New York to acquire additional professional players, which he did.

The National Association of Professional Base Ball Players launched its inaugural season with a single game on May 4, 1871. The Forest City of Cleveland, a strong club led by Jim “Deacon” White, came to Fort Wayne to play the revamped Kekionga, none of whose players had yet cut much of a figure in the baseball world except Mathews, who was only 19. Mayer had given up his position in the nine to Billy Lennon, a stronger catcher he recruited from the Marylands of Baltimore via the Mohawks of New York.

In what the Fort Wayne correspondent to the Chicago Tribune called “the finest game on record in this country,” Mathews shut out the visiting Forest Citys by 2–0 in a game in which there were no errors by Cleveland and only three by Fort Wayne, a marvel in those days of bare hands and rutted fields. Moreover, the low score was unprecedented among top-level clubs, the previous “model game” being the victory of the Cincinnati Red Stockings over the Mutuals by a score of 4–2 on June 15, 1869.

The outcome was also a great upset. The Cleveland Herald had written of their darlings beforehand: “The Forest Citys left yesterday for a brief Western tour. The first club that they are expected to slaughter is the Kekiongas, of Fort Wayne, which little job is to be performed this afternoon. If the Kekiongas play half as bad as their name sounds, they will be awful tired tonight. Kekionga! Ugh! Big Injun!”

The day after the game, the same newspaper felt compelled to report:

There were ten very badly surprised young men at Fort Wayne last evening, not to speak of some others who remained in Cleveland. The ten went out to Indiana to begin the slaughtering for 1871, but what little slaughtering there was happened to be on the other side. 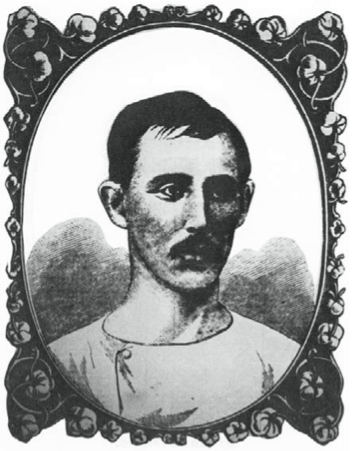 Because of threatening weather, only 200 spectators witnessed this historic game at Fort Wayne’s Grand Dutchess ballpark. According to a report in the Cincinnati Gazette, play was finally stopped by rain after the top of the ninth inning had been concluded, depriving the Kekiongas of their completed final at bat. However, a Fort Wayne Daily Gazette box score supplied a complete play-by-play indicating that each side had recorded 27 outs.

After a scoreless first inning, the Kekionga broke through for a run in the bottom of the second. Lennon led off with a double. Tom Carey lifted a fly to center, where Cleveland’s Art Allison made a running one-hand grab, “The finest fly catch ever made, he falling and rolling over two or three times.” Ed Mincher also was retired, but Joe McDermott singled to bring Lennon home. The Kekionga added a run in the fifth, needless as it turned out. Each club registered only four hits.

“The Cleveland boys were well satisfied with the result,” reported the Cincinnati Gazette, “and that they are recorded as playing the finest game in the country.” For the citizens of Fort Wayne, however, this glorious victory turned out to be very nearly the club’s high water mark. After winning three of its next four contests, the Kekionga went 1-11; despite winning two games at home in late August, it chose to disband on that relative high note.”