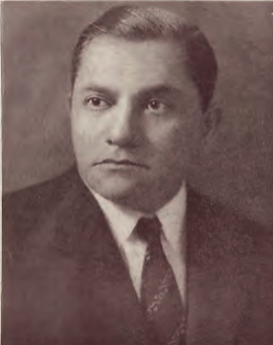 Playing the national pastime on a Sunday was officially illegal in the United States until the early twentieth century. Players could be and were arrested for picking up a bat and ball on the day of the Christian Sabbath. Many brave souls were even put in handcuffs for just playing chess or checkers outdoors on a Sunday.1

Boston was among the last major-league cities where it became legal, with Midwest cities St. Louis, Chicago, and Cincinnati leading the way (1902). Philadelphia and Pittsburgh were the last (1934).2 A 1928 Massachusetts referendum (earning 63 percent approval) made Sunday baseball legal as of February 1929.

Judge Emil Fuchs purchased the Boston Braves in 1923. An attorney for the New York Giants, Fuchs saw firsthand how profitable Sunday baseball games could be and he became a proponent of Sunday games.3 The 1929 Braves were managed by their owner, Fuchs, aided by Johnny Evers as assistant manager.

Fuchs and the Braves led the crusade for Sunday baseball, though it was a bitter battle in which he alleged that Boston politicians solicited bribes and suffered personal slurs from those he had rebuffed. Fuchs spent an estimated $200,000 on the campaign, printing 5 million booklets and sample ballots. He was forced to plead nolo contendere in court to charges of spending money to influence the vote.4

The Tribe were scheduled to host the first major-league Sunday game in Boston. A purported hex put on by the dissenting Lord’s Day League, however, seemed to work like magic when the Braves’ first scheduled Sunday game (against the New York Giants on April 21) was postponed by rain.5 A week later, the Boston Red Sox played the city’s first Sunday game.6

The Braves played their first Sunday game on May 5. The home team took on spitballer Burleigh Grimes, a future Hall of Famer, and the Pittsburgh Pirates.7

Starting for the Braves was right-hander Bobby Smith, who logged a team-leading 231 innings pitched in 1929. The converted infielder finished the 1929 campaign with a record of 11-17 and a 4.68 ERA, and won 106 games with the Braves, Cubs, and Reds.

The gates to Braves Field opened at 12:30 P.M. and there was such a rush that “(r)eserved seats were all gone, except those in the inevitable hands of speculators, by noon.”8 “The grandstand, with its capacity of 17,000 was filled to the brim, while the fans in the right field seats were packed in like sardines, but there was plenty of room in the left and right field pavilions.”9

Just as fans were getting into their seats, Smith got the Tribe into an early 3-0 hole, one that they never recovered from. Bucs second baseman Dick Bartell, who played mostly shortstop in his 18-year major-league career, smashed a single past the Braves’ first baseman, future Hall of Famer George Sisler.

Center fielder Lloyd Waner drove in Bartell on a “long, wind-carried triple to the far right center field corner.”10 On the very next pitch, Lloyd’s older brother, right fielder Paul Waner, hit a fly to Braves center fielder Earl Clark, who tried to trap the ball with “the sad result that it went through his legs to the barrier as a triple, and his brother Lloyd tallied.”11 The first out of the inning came next when Pirates third baseman Pie Traynor grounded to his counterpart at the hot corner, Les Bell, who was holding Waner at third.

Several players on the field were local to Massachusetts. Traynor hailed from Framingham, Braves second baseman Freddie Maguire was from Roxbury, and shortstop Rabbit Maranville was from Springfield. When Maranville came to the plate in the second, the crowd showed its appreciation for one of its locals. “One of the biggest yells from the gang was when the Braves first raced out to take the field at the start,” a sportswriter reported. “But when the Rabbit tucked in his great one-handed play at (catcher Charlie) Hargreaves’ expense in the second and when he came to bat in the second, there were enthusiastic uproars. He’s Boston’s white-haired kid, and he will stay that way for so long as his marvelous play continues.”12

Maguire had played college ball at Holy Cross in Worcester. When he “pranced up to the plate for the first time, he got a big boisterous hand.”13

The Braves picked up their only two runs of the game in the third. The rally started with a double off the left-field screen by backstop Al Spohrer. It was the only extra-base hit off Grimes all day. Spohrer “went to third when Traynor made a brilliant play on Smith, a stop in front of the shortstop and a throw that just nipped the runner.”14 Clark then hit a ball to Sheely, who made a throw home that Hargreaves dropped, allowing Spohrer to score. Maguire singled and Sisler hit another ball to Sheely, who again threw to Hargreaves, but the Bucs catcher was unable to apply the tag to Clark, whose score cut the Pirates’ lead to 3-2.

The Braves were victims of three double plays and one triple play. The triple killing, one of 12 in Braves Field history, occurred in the fourth inning, with the Pirates leading 4-1. Right fielder Heinie Mueller led off with a single and raced to third on a single to right by Maranville, who just beat out a throw by Paul Waner. With runners on the corners, the Tepee got noisy, but the excitement didn’t last long. On the very next pitch, Al Spohrer hit a topspin ball that rolled right to Grimes. Grimes threw to catcher Charlie Hargreaves and the catcher threw the ball to Traynor, who tagged out Mueller between third and home. The second out came when Spohrer headed to second base. Traynor fired to Bartell, who applied the tag. Meanwhile, Maranville, perhaps being overly aggressive amid the confusion, tried to go all the way around and score. Second baseman Bartell threw home and Maranville was nailed at the plate for the inning-ending third out. Score that play 1-2-5-4-2.

The visitors scored runs in the fifth and sixth on sacrifice flies to George Harper in left by Paul Waner and shortstop Harry Riconda. The Bucs scored their seventh and last run in the eighth. With two outs, Riconda doubled to left over Harper’s head and scored on a single to left off the bat of Hargreaves.

The last chance for the Braves came in the eighth. Pinch-hitter Jack Smith walked and Sisler reached on a throwing error by Riconda, his second of the game. Next up was slugging left fielder Harper, who had hit 17 home runs the previous season with the St. Louis Cardinals and led the Braves in homers in 1929 with 10. There would be no dramatic blast from Harper, however, as he grounded to Bartell to end the inning.

Grimes went the distance, allowing seven hits and two earned runs. He walked two and had zero strikeouts. “(Grimes) held the Tribe to seven hits, had the luck commonly associated with the devil, and at any rate hung up a 7 to 2 verdict for the Buccaneers against the still first place (8-3) Braves.”15 The game took a brisk 1:45 to complete.

Official records showed a paid attendance of 29,462, while the Boston Daily Record said that “more than 3,000 nonchalantly crashed the Annie Oakley gate without a detaining finger.”16

After the game, injured Braves right fielder Lance Richbourg, who was in the press box along with Tribe pitcher Ben Cantwell, said, “Well, the boys had won five in a row and were due for a tumble. But it’s tough they could not have had a few more of the breaks today, before such a great crowd.”17

The Braves concluded the season with a 5-6 Sunday record on their home turf (nine regularly scheduled games, and two makeup doubleheaders).

With two teams in Boston, Braves Field was in use every Sunday of the 1929 season. Unfortunately, the Sox and the Braves had otherwise forgettable last-place finishes.

1 Charles W. Bevis, Sunday Baseball: The Major Leagues’ Struggle to Play Baseball on the Lord’s Day, 1876-1934 (Jefferson, North Carolina: McFarland & Company, 2003), 219. On February 3, 1922, a bill failed to pass the Massachusetts House of Representatives to “legalize the playing of checkers and chess outdoors on Sunday.”

2 In Boston one of the most ardent and passionate leaders in the fight to legalize Sunday baseball was Eugene J. O’Connor. The Dorchester resident was arrested for what today would be considered an act of civil disobedience.” On October 12, 1912, the Boston Globe reported that O’Connor “began batting a ball to several youngsters at 3:40 and was arrested by patrolman Gallop of Division 4.” When O’Connor died, the Globe ran a brief appreciation entitled “Father of Sunday Baseball.” See Bill Nowlin, Red Sox Threads: Odds & Ends from Red Sox History (Burlington, Massachusetts: Rounder Books, 2008), 400-401.

3 The Giants’ John McGraw encouraged Fuchs to purchase a controlling interest in the Braves and facilitated a meeting with Christy Mathewson to enable Fuchs to hire the esteemed pitcher, disabled by a World War I gas attack, as the club president.  See Harold Kaese, The Boston Braves (New York: Putnam Press, 1948), 190-91.

6 “Major league Sunday baseball became a reality in Boston yesterday afternoon (April 28),” reported the Boston Globe, “when upwards of 22,000 fans defied discouraging weather conditions to see the (Philadelphia) Athletics defeat the Red Sox 7 to 3 at Braves Field in the first scheduled Sunday game between two major league teams ever played in this city.”