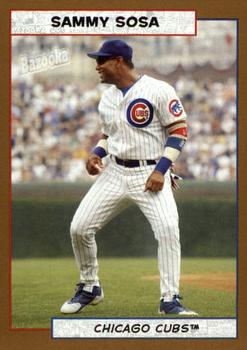 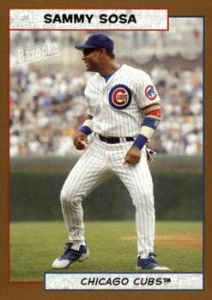 Heading into the seventh inning down 4-1 is far from game over, but for the Los Angeles Dodgers playing at Chicago’s Wrigley Field on Saturday afternoon, May 5, 2001, it would take just three more innings to go down in history as the LA franchise’s largest loss, with a final score of 20-1.

“It just snowballed into an untenable situation, and before you knew it, there was no good decision left,” said Dodgers pitching coach Jim Colborn.1

In the young season both teams led their respective divisions, the 17-11 Cubs in first place in the NL Central by two games and the Dodgers (17-12) holding a 1½-game lead in the NL West. The Cubs, managed by Don Baylor, started right-hander Julián Tavárez, while former Cubs player and new Dodgers manager Jim Tracy started another righty, Darren Dreifort. Both pitchers had several years under their belts, Dreifort had been 12-9 (4.16) in 32 starts in 2000 while Tavárez had been 11-5 (4.43), with 12 starts mixed in among his 51 appearances.

Bill Mueller took seven pitches and earned a base on balls. On a 2-and-2 count, Sammy Sosa homered to give the Cubs a 2-0 lead. Rondell White singled past shortstop into center field. Former Dodger Todd Hundley homered to left-center, his first at Wrigley since becoming a Cub that year. Dreifort walked the next man up but then induced a double play and struck out Tavárez.

The Dodgers got one back in the top of the sixth. Leadoff batter Gary Sheffield doubled to left field, and Eric Karros singled to center, scoring Sheffield. Dreifort had left the game for pinch-hitter Hiram Bocachica in the sixth; Tavárez struck out Bocachica to end the inning. The score stood 4-1, Cubs, after the top of the seventh.

Right-hander Terry Adams was the new pitcher for Los Angeles. He’d begun his career with the Cubs, a fourth-round draft pick in 1991. In December 1999 he’d been traded to the Dodgers. Adams didn’t have it this day. The first three batters up all singled, the third single by Eric Young Sr. (who’d been part of the trade involving Adams) driving in the fifth Cubs run. Ricky Gutiérrezreached safely on a sacrifice bunt, loading the bases. Mueller singled in a pair of runs, and Sosa singled in Gutiérrez. Rondell White doubled in Mueller. Tracy had seen enough of Adams.

Having wasted much of the bullpen strength in a losing effort against the Cubs in the series opener the day before and knowing they had a full schedule in the coming week, Tracy decided to send already struggling rookie reliever José Núñez out in the bottom of the seventh with the Dodgers already down 9-1. Núñez, 22 years old, had a total of 5⅔ innings of major-league experience, and a 9.53 earned-run average. He seemed to start well enough. Núñez struck out three of the first four batters he faced (all three swinging). But he also surrendered a three-run homer to Julio Zuleta. This brought in the two runners inherited from Adams.

After the Dodgers were retired 1-2-3 by reliever Courtney Duncan, replacing Tavárez, Núñez faced the Cubs again in the bottom of the eighth. This time they pelted him for eight more runs, on five hits, five walks, and two Dodgers errors, including one by Núñez himself. In 1⅔ innings he gave up nine runs (five earned) before being pulled for infielder Chris Donnels, who successfully ended the eighth with two outs and the bases loaded by getting Gary Matthews Jr. to ground out. Donnels was the second of only seven position players to take a turn on the mound that season, quite a difference from the record-setting 57 who pitched in 2018.2

The final half-inning of the game ended quickly with Duncan allowing just one walk sandwiched between a groundout, a fly out, and a popup.

It was Cubs manager Don Baylor who showed the most sympathy for Núñez. “I felt bad for the kid, but you have to play the game. It’s not like you’re up there to make outs,” he said.”4

It was the back-to-back eight-run innings in the seventh and eighth by the Cubs that finished the job, but it was the two-run home run in the fourth by Sammy Sosa that took them from a Win Expectancy of 60 percent to 79 percent. With that home run, Sosa tied the former Cub Joe Carter with 396 career home runs, ranking 35th in major-league baseball. It also happened to be his bobblehead night. “I don’t keep track of records. Maybe one day when I’m retired. Right now I still have seven or eight [playing] years in my body,” Sosa remarked about the achievement.5 It turned out he had six more years, retiring in 2007 with 609 home runs.

Even with all the scoring, the game came in three minutes under the three-hour mark. One imagines that the majority of the 38,468 fans in attendance were Cubs fans and left quite content.