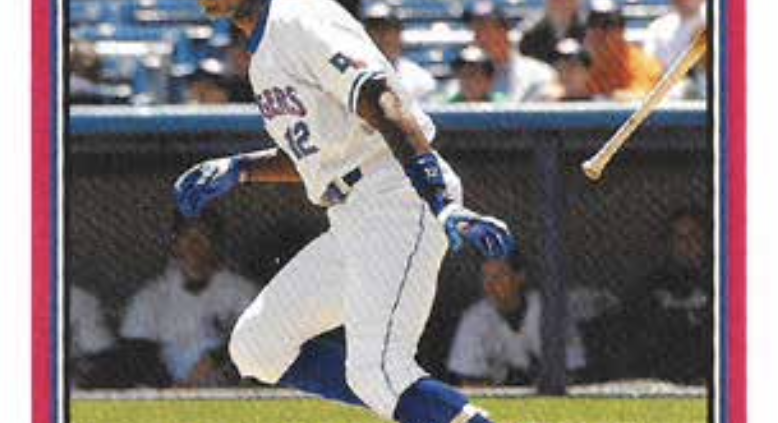 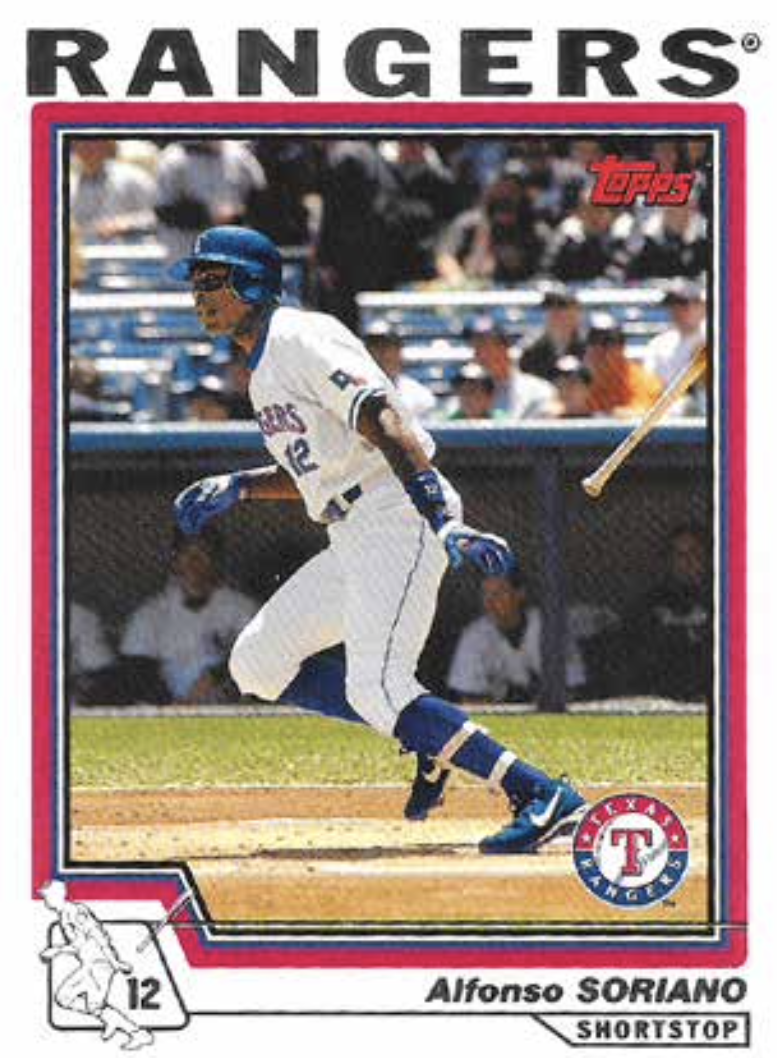 Sometimes even a 10-run lead isn’t enough. This was especially true in May 2004 when the Detroit Tigers, whose pitchers had the second-worst team ERA (4.93), traveled to Texas to face the Rangers, fourth in the American League in runs scored (5.31 runs per game).

The Rangers’ starting pitcher was future Cy Young Award winner R.A. Dickey, who had not yet discovered his hard knuckleball. So far the Rangers’ first-round pick in the 1996 amateur draft was proving to be a bust, thanks largely to a missing ulnar collateral ligament in his right elbow. In 2008 Dickey, commenting on his condition, said, “Doctors look at me and say I shouldn’t be able to turn a doorknob without feeling pain.”1 As disappointing as Dickey’s career had been, he was off to a solid start in 2004, winning four of his first five starts with a 3.48 ERA.

After breezing through a one-two-three top of the first and getting the first two Tigers out in the second, Dickey surrendered a line-drive single to left field by Carlos Guillen. Bobby Higginson followed with a blast to the right-field seats that gave the Tigers a 2-0 lead.

The Tigers’ starting pitcher was third-year major leaguer Mike Maroth. Like Dickey, he had his challenges. In 2003 he led the American League in earned runs allowed (123) and surrendered a league-high 34 home runs. Like Dickey, Maroth was off to a promising start in 2004, going 3-1 with a 3.58 ERA in the month of April. Also like Dickey, Maroth’s fortunes would take a turn for the worse in May. Maroth’s previous start was on May 3 against the Angels, when he gave up five earned runs in 5⅓ innings.

After being given the lead in the top of the second, Maroth gave it back In the bottom of the inning. Mark Teixeira led off and walked on four pitches. On a wild pitch while Brian Jordan was batting allowed Teixeira to take to second. Jordan flied out to left field and Eric Young grounded to third. Facing Kevin Mench, Maroth unleashed another wild pitch, and Teixeira went to third. Maroth walked Mench and Gerald Laird, loading the bases. Michael Young’s grounder up the middle plated Teixeira and Mench, tying the game, 2-2. A walk to Hank Blalock loaded the bases again and sent Alfonso Soriano, recently acquired in a trade from the Yankees for Alex Rodriguez, to the plate. Soriano grounded to shortstop and when Guillen threw wild to first, Laird and Young scored, but Tigers right fielder Higginson threw out Blalock at the plate for the third out.

Alex Sanchez led off the top of the third with a line-drive double down the left-field line and scored on Fernando Vina’s single, making the score 4-3. The Tigers touched up Dickey again in the fourth. Higginson walked, Craig Monroe singled, and Omar Infante’s grounder up the middle scored Higginson, tying the game again, 4-4. Monroe came home in Sanchez’s squeeze play bunt, and Ivan Rodriguez’s single drove in Infante and ended Dickey’s night. Dickey’s line: 3⅔ innings pitched, nine hits, six runs – all earned, which caused his ERA to balloon to 4.58. Doug Brocail relieved Dickey and got Rondell White on a comebacker for the final out of the inning with the Tigers ahead, 6-4. (White was the only Tiger not to get a hit in the game. He went 0-for-6.)

Brocail faced five Tigers in the fifth inning. He walked four of them and gave up a two-run single to Monroe, Ron Mahay relieved Brocail with the bases loaded and no outs and Sanchez smacked a line-drive up the middle, driving in two runs and giving the Tigers a 10-4 lead. Mahay hit Vina with a pitch, then surrendered an RBI single to Rodriguez. Mahay struck out White for the second out of the inning, but Carlos Peña lined a single to right for two more runs. Rodriguez scored on Guillen’s force-play grounder to second. It was 14-4, Tigers.

Maroth took the mound in the bottom of the fifth with an extremely comfortable 10-run lead. It was not comfortable enough. After Michael Young’s leadoff single, Blalock blasted a home run to deep center field. Soriano legged out a grounder down the third-base line into a double and scored on Herbert Perry’s home run to right-center field. It was Perry’s first home run since September 26, 2002. Maroth walked Teixeira and his night was finished. In his four-plus innings Maroth gave up nine runs (eight earned) on seven hits and six walks. “The other eight guys around me did their job,” said Maroth, who had lost 21 games the previous season. “It’s one thing to have a bad outing. But it hurts more since we scored 14 runs in five innings. I just couldn’t find a way to get outs.”2

Danny Patterson was replaced Maroth and walked two batters; that loaded the bases for the Rangers. Al Levine came in and gave up back-to-back singles that narrowed Detroit’s lead to 14-11. Michael Young struck out in his second at-bat of the inning, but Soriano’s single to center, his second hit of the inning and fourth hit of the game, drove in two more runs, making the score 14-13. Perry’s RBI single, also his second hit and third RBI of the inning, tied the game, 14-14. Soriano said later about the Rangers’ climb from 10 runs down, “I was thinking maybe we score two runs or three runs at a time. I never thought we could do anything like this.”3 Craig Dingman relieved Patterson and walked Teixeira to load the bases again for the Rangers, but Jordan grounded into a double play, bringing a remarkable inning to a close.

The Tigers may have been stunned, but they quickly recovered and regained the lead in the top of the sixth. Infante led off with a walk, was sacrificed to second by Sanchez, and scored on a single by Rodriguez. Undeterred, the Rangers came back to tie the game, 15-15, in the bottom of the seventh on a leadoff triple by Blalock and a double by Soriano.

The Rangers got one-out back-to-back singles from Soriano and Perry in the bottom of the ninth. (It was Soriano’s sixth hit of the game, a Rangers record, and raised his batting average from .302 to .336.) But Teixeira’s strikeout and a groundout by Laynce Nix took the game into extra innings.

The Rangers’ closer, Francisco Cordero, pitched the top of the 10th and breezed through a one-two-three inning with two strikeouts. In the bottom of the inning, the Tigers also sent in their closer, Ugueth Urbina, who gave up a leadoff walk to Eric Young. He was sacrificed to second, and scored on Michael Young’s walk-off single. “It’s not the way you draw up a big win,” Young said in a jubilant Texas clubhouse. “But it’s great for our club, and we proved something to ourselves.”4

“In 27 or 28 years I’ve never seen anything like this,” Texas manager Buck Showalter said. “Nothing these guys do surprise me anymore.”5

The Tigers’ reaction after the game was understandably more somber. “This shouldn’t have happened, but it did,” manager Alan Trammell said. “The fact we lost this game is very disturbing.”6